« back to Careers & Wellbeing
« back to BAR LIFE 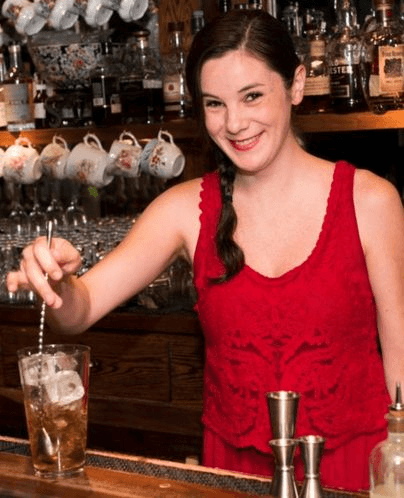 At 18, I started out as a food runner at a place called Four Peaks Brewing Co. in Tempe, Arizona. At Four Peaks I learned how to do and manage almost all roles within the front of the house. After five years I really wanted to focus on bartending and I got offered the opportunity to work at a fine dining establishment where I learned new skills about food, wine, spirits and how to create classic cocktails.

After six months at Clover Club, I was asked to become a member of the team at Maison Premiere in Brooklyn. I stayed there for just over a year. Next, Thomas Waugh offered me a job at Death & Co. and it was here that I learned most about running a bar and creating cocktail menus.

About three and a half years into my time at Death and Co, Jack McGarry offered me a job as bar manager for the Parlor, part of Dead Rabbit. Since starting with Dead Rabbit the bar has evolved with the times and I'm proud of our team, our menus and our overall ethos.

I get inspiration in many ways. I don't ever want to restrict how I make up drinks. I look to food dishes, nonalcoholic drinks, sweets and desserts. I also get inspired by new spirits on the market; a whole drink could spiral into something wonderful just by starting with a single ingredient. You know when you try something and the lightbulb goes off and you think, “I know what I'm going to do with this!" I'll go to spice shops, farmers markets and bakeries simply just to get ideas.

When creating a drinks menu, the most important thing is to know your audience. I find the longer I am working somewhere, the easier it is to create a menu because you get to know the people coming in and what their expectations are. It's important to have a well-balanced menu as well. That's why most bartenders (and chefs too) map out their menus before the creation process even starts. This allows the whole team to have a guideline of what we're looking for. The map changes due to seasonality, availability and what's trending. Having a variety is instrumental to a successful menu. Having something for everyone is very important but it's also vital to not have too much on the menu, as you could overload your customer with choice.

In the New York drinks industry I'm seeing a lot of bars creating great drinks but also focusing on the guest experience. It's really refreshing to see bartenders 'lighten up' a bit. I've also seen a lot of bars incorporating culinary techniques into their drinks not only by using centrifuges and sous vides to make syrups, infusions and clarify things, but also thinking more savory flavor pairings. Julia Momose's menu at Green River is a great example, as well as Kenta Goto's at Bar Goto.

Your bar, the Dead Rabbit, was recently awarded the best bar in the world. Why do you think you received this award? What makes your bar stand out from the crowd?

Well, the thing is that it's not just one thing. It's ensuring every day that you're looking to improve. You don't just stop trying after you've won an award. You've got to work even harder to stay there. It's everything from the service on all levels (doorman, servers, bartenders, etc), the menus, the decor, the lighting, the food, upkeep, clean bathrooms and, of course, the drinks have to be exceptional. And you've got to do this every day; you're not satisfied with the average, everything has to be on point and consistent in each service. It's also exposing your bar to the world—we've shared our bar with the world through traveling all over, just being in New York alone is helpful and, of course, through social media platforms. The game is a lot different than it used to be.

You recently opened a new bar, Black Tail. how does it differ to The Dead Rabbit?

Black Tail differs from Dead Rabbit in many ways but not by their standards. The drinks are finely executed, but the styles are extremely different from Dead Rabbit with different takes on classics of the era, flavor combinations, even how we do the syrups and infusions are different. The glassware and ice are also reflective of the 1920s-50s era of drinks as opposed to the hand-cracked ice at Dead Rabbit. Black Tail has custom cut ice to fit the glassware. We serve frozen Daiquiris instead of Punch at Black Tail. The decor is well thought out like that of Dead Rabbit, but with Cuban/Hemingway influence and one of a kind prints from Vern Evans, a custom mural and other works of art. Actually the lobby area was inspired by Hemingway's study when he lived in Cuba. So basically everything you see, is different, as we are telling a whole different story here. You can read it in our menus, see it on the walls and taste the uniqueness from the food and drinks. 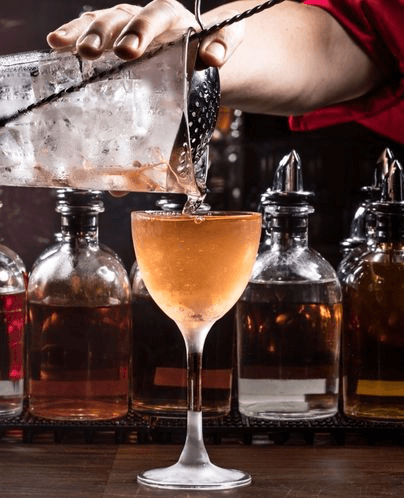 I have alerts for a lot of industry articles, so I'll read these each day. I also go to new bars or great bars that have launched a new menu. When the Dead Rabbit team travels we will visit as many bars and try as many drinks as we can. When it comes to doing menus, I will do research to get inspiration from books (old and new), revisit old drinks of mine or my colleagues and again visit spice shops, farmers markets and whole foods even just to get ideas.

Networking is definitely a part of my job. When we travel we present to other bartenders and usually get to meet and get to know a lot of them—that's been a great part of traveling for us.

That's a tough one. Receiving World's 50 Best Bar and Tales of Cocktail World Best Bar and Best Menu were great moments for sure. Although that doesn't define us, or my career. I'd have to say personally it has being a witness to the amount of growth from our staff. Seeing them become better drinks creators, faster bartenders, take courses, travel, do presentations, take ownership and just straight up better themselves as bartenders. 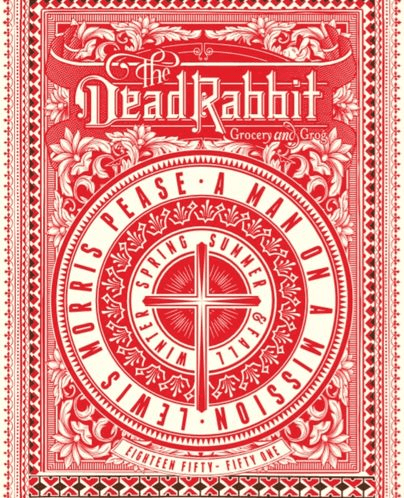 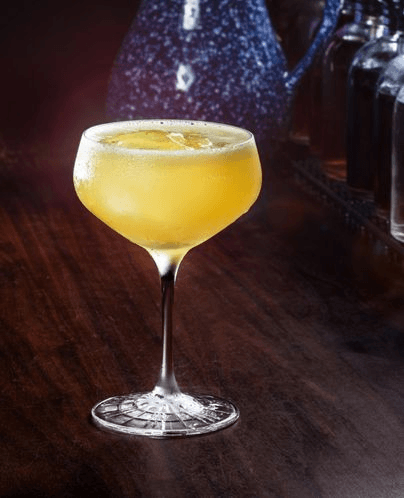