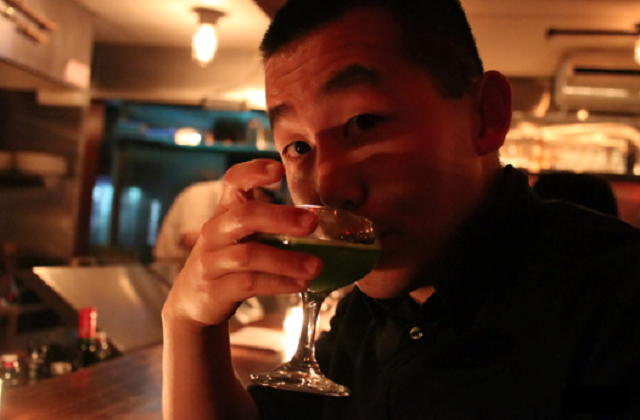 Craft Cocktails at Home, an e-book by author, engineer, food science blogger and cocktail enthusiast Kevin Liu, provides essential reading and practical drink-making tips based on science. From rapid infusion techniques and tips for making clear ice to understanding the history of acids in drinks, this cocktail book offers a fresh perspective that will benefit any bartender, science buff or not.

Chapters include "Foundations of Flavor" - which discusses the chemistry of flavor, mouthfeel, and balancing drinks; and "Basic Mixers" - which takes an in-depth look at the science of ice, citrus and sugar. The book also features interviews with bartenders Dushan Zaric, Jeffrey Morgenthaler and Andrew Cameron, as well as scientists from many unusual yet related fields.

I caught up with author Kevin Liu to find out more.

As a scientist, how do cocktails appeal to you?

I wouldn’t call myself a scientist. I’m a science enthusiast and a trained engineer, if anything. My mission with this book has been to share some of the hard work of real scientists in a way that anyone can understand.

Has molecular science influenced cocktails to the same extent as food? And has this been positive?

When people think “molecular gastronomy”, they think powders, foams, and jello shots. I tried to avoid these techniques in the book because there’s as much science in the humble egg (yeah, there’s a chapter on eggs) as there is in, say, transglutaminase.

With that being said, any trend that gets people interested in science is a good thing, right?

As an amateur cocktail enthusiast do you follow trends in drinking culture?

Certainly. There were some trends that really bothered me, like avoiding dilution, using amari in everything, or crazy obsessions with ice. On the flip side, some trends have been amazing, like the resurgence of bitters, new American vermouths, and investment in small-batch craft distilleries.

What innovations would you like to see more of from bartenders?

Bartenders really MUST think outside the box on aroma. I wish I had a chance to play more with this concept, but here are some thoughts:

They are certainly cold enough. In my testing, they get down as low as -10C. In fact, for fine dining, I think we need to see warmer cocktails because cold liquids will numb the tongue to other flavours.

What change do you hope to see from the launch of the book?

I hope bartenders will respect the difference between people’s physiologies. I was tasting pisco with a friend a few weeks ago, and I said one of them tasted like “oyster brine” whereas he claimed it tasted of “lavender”. It turns out that those two flavors aren’t so different. Because I was more sensitive to the astringency of the alcohol, I released more saliva, creating a saltier profile which reminded me of oysters. Bartenders should design menus around different types of drinkers because ultimately it’s about the customer, not the drink.

I also hope to see more drinks designed the way chefs create dishes, composed from the ground up, rather than based on classic recipes. Cocktails deserve a place in fine dining alongside wine, but I don’t think we’re quite at that point yet.

(Disclaimer: Angus Burton contributed recipes to the book, but is not financially involved in its publication.)

Angus Burton is the Australian runner-up in Diageo World Class 2012 and has won numerous bartending competitions. His passion started with his first bartending gig: blending Ramos Gin Fizzes for friends and family 10 years ago. To Angus, cocktails are the ultimate enjoyment of purity through the realization of experiential theatre. Angus writes from Sydney, Melbourne and Brisbane.