In this fifth instalment, we look at vermouth-modified cocktails, a category that is synonymous with the classics that are among the most widely represented in popular culture today. 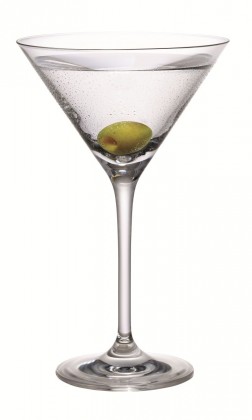 A new type of drink started to emerge in the mid-to-late 1800s and these drinks, such as the Manhattan, the Martinez, the Rob Roy, and eventually - though not until the early 1900s - the Dry Gin Martini, were a direct result of vermouth becoming more and more popular among bartenders of the time.

The first vermouth-modified cocktail to become popular was the Manhattan, and the Martinez was simply a twist on the drink that called for gin instead of whisky. The Dry Gin Martini, which emerged in the early 1900s, came about when London Dry Gin gained popularity in the USA.

The concept of using vermouth as a modifying agent is one that never died. Ada 'Coley' Coleman, head bartender at the American Bar at London's Savoy Hotel, for instance, created the Hanky Panky in the early 1900s by adding a couple of dashes of fernet to a 50:50 mixture of gin and sweet vermouth. The Preakness, created in 1936 for the first Preakness Ball in Baltimore, is a simple mixture of rye whiskey and sweet vermouth with a few dashes each of Benedictine and bitters.

How are current drinks and drinking trends influenced by vermouth-modified cocktails ?

Vermouth-modified cocktails are still incredibly popular among bartenders and consumers in the 21st century, and they show themselves on a very regular basis as some of the finest examples of the bartender's craft. The Bronx with Altitude cocktail featured below is a delicious version of a vermouth-modified classic – The Bronx Cocktail – that’s been updated by using a fine aged rum instead of the traditional gin.

Stay up to date on the latest Diageo Reserve World Class Global Final news on Facebook by following us atwww.facebook.com/globalworldclassfinals.