How To Make The Perfect Martini

Ahead of National Martini Day on June 19th renowned cocktail expert Ben Reed from Cocktail Credentials gives us his top tips on how to create the perfect Martini.

For over 100 years the drinking world has been fascinated by the Martini. It has been the subject of memorable quotes by politicians, playwrights and satirists respectively as “the USA’s most lethal weapon”, the “supreme American gift to world culture" and “the only American invention as perfect as a sonnet”.

My personal fascination with the Martini started 20-odd years ago and has stayed with me to such a degree that it inspired me to create some rules on what to consider when creating the finest Martini imaginable. For once I am not talking about my ground-breaking creation, the Pineapple Martini.

One particularly slow Monday afternoon at my previous cocktail consultancy, with a lack of football chat to distract me, I found myself working on a formula for making the perfect Martini. I have taken into account external and internal variables that will affect the way that a person enjoys his/her drink.

I decided to call this the 5 T’s of the Martini.

Let’s start from the top.

The first and most important T: Taste

This part of the equation is totally subjective. Anyone who loves Martinis loves theirs made a certain way. Let’s tackle this based on the premise that your customer has already chosen the ingredients, proportions, glassware and garnish (or, has put their trust in you and ordered the house Martini). How, at this stage in the process, can we maximize our guest’s enjoyment of this most iconic cocktail?

Once you get past what the customer wants inside the drink, the most important element of taste is dilution. Varying levels of dilution will affect mouthfeel as well as the aroma of your guest’s Martini. I’d typically be looking at approximately 25% of total volume added in the form of dilution of the ice while combing the flavors. Shaking, stirring or throwing will dilute ice at different rates so be sure to take that into account when utilizing these techniques. The only thing worse than an over-diluted Martini is a warm one.

Ensuring that your Martini is at the optimum temperature is often influenced by the quality of ice that you use in your drink. But also by your choice of the third T: Technique. 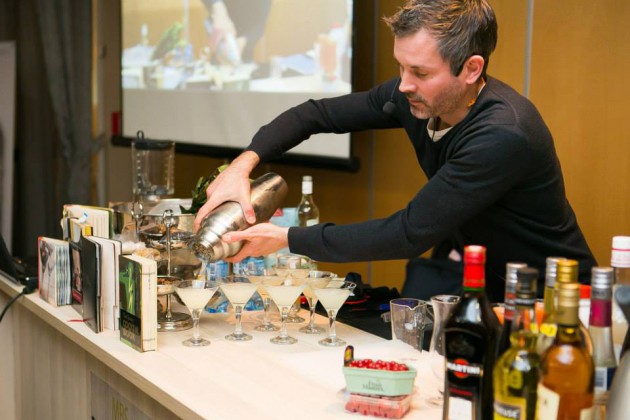 Your choice of technique will have an effect on all of the other Ts.

During the busiest times at the Met Bar, London in the 90s—one of the first contemporary hotel bars in the UK to have a Martini list—we spent time trying to ensure that the technique used resulted in drinks being put out at the right standard but as quickly as possible. We called this the diamond pour. This pour involved empting a certain amount from a bottle of Gin, replaced this with Vermouth and water (let’s say the split was 10:1:3) and placing the bottle in the freezer. We could then just take out the bottle and put the relevant amount of liquid into a chilled Martini glass.

Which leads me to the remaining 2 Ts:

Don’t get me wrong, we thought our technique for our premixed Martini at the Met Bar was a bit clever—the temperature was colder than ever (about 42°F with no real effort) and, it took no time at all to get it down to that temperature. Taste was great; we had of course standardized that.

However, what we had overlooked was an extremely important part of drinking a Martini: the symbiotic process of making and watching the drink being made. The theater.

The theatrical element, although less empirical, is as important an element as the more scientifically measurable variables.

I’ve seen bartenders in Stockholm ensure optimum temperature with the purest ice. I’ve watched in awe as Japanese bartenders nail the taste element and controlled dilution with the hard shake. Greek bartenders bringing meraki to the theater of the cocktail. American bartenders ensuring that their guests don’t have to wait too long by chilling absolutely everything first. It seems that wherever I travel in the world, bartenders have different priorities, different boxes to tick relevant to which of the 5 Ts matter most to their guests.

So here’s what I came up with. 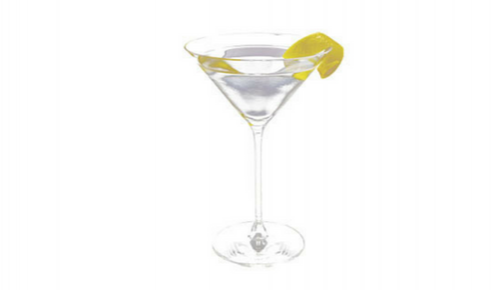 Served at an optimum level of coldness of 25°F.

Diluted to 25% of the total volume.

Ready to create a martini for National Martini Day? Take a look at these two DBA recipes:

Strain and serve straight up into a chilled cocktail glass.

Garnish with a grapefruit twist.

Strain and serve straight up into a chilled cocktail glass.

Garnish with olives on a cocktail pin.

The TANQUERAY and SMIRNOFF words and associated logos are trademarks ©Diageo 2016.