There are many taboos surrounding Scotch Whisky cocktails. As their popularity increases around the world, Stuart Morrow, General Manager of The Baxter Inn, one of the World's 50 Best Bars, educates us on how and why we should make these serves, not just on International Scotch Day 10th February, but as a menu staple in our outlets.

I still remember the day that I tried my first neat Scotch. I was 20 years old and at a bar that my friend was working at in my hometown of Coventry, England. They had just ordered in a bottle of Lagavulin Single Malt Scotch Whisky 16 year old and he poured me a nip. I remember the first nosing, how he explained to me that it had notes of an iodine-based liquid, generally reserved for putting on cuts and not normally something I would associate with a delicious drink. “Why would anybody want to drink that?” I remember thinking! Over 13 years later, I find myself as the General Manager of The Baxter Inn, in Sydney, Australia, which currently boasts over 1,000 different Whiskies from every corner of the globe. The hospitality industry has taken me around the world, working in countries such as Greece, China, Taiwan, Spain, the UK and, of course, Australia. 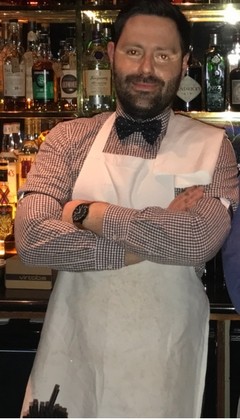 Scotch around the world

During my travels and throughout my research, I have seen Whisky consumed in many different ways, with every country displaying their own preferred serves. For example, in Japan and many parts of the Americas, you find people consuming Whisky highballs, with the base spirit lengthened with ice and soda. In parts of Asia, Whiskies are served with green tea and consumed while still hot. In many bars around Australia, there has been a more recent trend of drinking whisky with fresh apple juice, a serve created by a bar in Sydney called Shady Pines Saloon.

Despite the rising number of bartenders mixing Whisky, it is still sometimes viewed as a heinous crime by some so-called “Whisky connoisseurs”. For many, the enjoyment of consuming a Whisky comes from the pleasure of appreciating the spirit’s subtler notes—flavors that would simply be lost when lengthened with more than a few drops of water. Even the offer of an ice cube can sometimes be met with a scoff from hardened Whisky fans! That said, Whisky is now starting to be seen as an exciting ingredient to use in cocktails, providing a complex array and depth of flavors that can be seen as challenging to use, but creates a final Whisky cocktail that is always a true triumph of flavor.

So what leads to this old belief that Scotch Whisky should never be mixed? Maybe it’s a bravado thing, and drinking the liquid at anything less than how it came out of the bottle is seen as a sign of weakness. Or maybe it’s out of respect for the producer that the Whisky is consumed as they intended and should not be tampered with. It might be that, after sitting in wooden casks for upward of 12 years, it is seen as shameful to then ruin the flavors that have taken over a decade to develop with the addition of anything else. Or perhaps it is down to a misunderstanding of how mixing can actually enhance and showcase certain qualities of the spirit.

By building a better understanding of the spirit, we open our eyes to a whole new variety of cocktails. This complex spirit makes it the ideal ingredient to add depth and variety to well-known classic cocktails. Adding a twist of flavors to the cocktails you have been making for years could be just the refresh your menu needs. Explore the spirit further with your team and host some Scotch Whisky tastings to educate them on how they can enhance long Whisky serves in your venue.

In my opinion, it all depends on the Scotch Whisky and what the drinker is looking to get out of it. If you want to sit and enjoy the Whisky for its individual characteristics, then it would probably be best to have the Scotch Whisky neat or on the rocks. But if you’re looking for a mixed drink with power that has certain characteristics of its base heightened and showcased, then a long drink might be more what you are looking for.

When mixing Scotch Whisky, I find it’s normally beneficial to taste the Whisky neat first, giving me a better idea of what I am working with and what I am looking to achieve. For example, a salty and peaty Scotch Whisky would be well matched with a sweeter mixer, giving balance to the drink and subduing those rich characteristics. Something with a sweet character would taste great lengthened with soda, creating a long refreshing drink.

However you wish to drink your Scotch Whisky, there is no right or wrong way. It really is one of those drinks that is down to the drinker and certainly welcomes experimentation. For example, you might want to start by experimenting with some of the classic Whisky cocktails such as the Whisky sour. Here are some of my favorite ways to serve Scotch Whisky cocktails to help get your creative juices flowing. 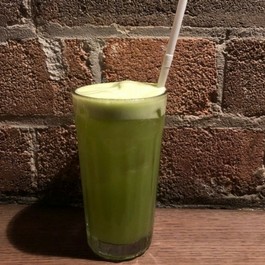 Build in a highball glass. 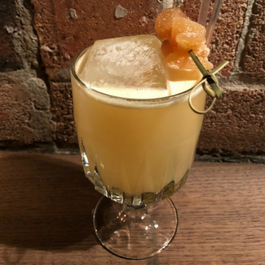 Shake and strain into a sour glass. 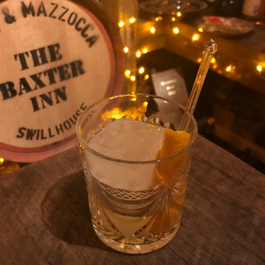 Stir and strain into an old-fashioned glass.