The acclaim for the rosey colored cocktail can be attributed to Ngiam Tong Boon who worked at the Long Bar of the Raffles Hotel in Singapore, which back in the day, was renowned for making the best ‘gin sling’ in town.

The Singapore Sling was believed to have appeared on the menu somewhere between 1900 and 1915. The ingredients used for the cocktail then were gin, lemon or lime juice, ice, soda water and most likely cherry brandy. Possibly even a float of red wine, but that remains an unknown to this day.

Today, venues have been known to start with what is loosely understood as the original ingredients and proportions, and throw in some pineapple juice, splashes of cherry brandy, orange liqueur, grenadine and a couple of dashes of bitters until it hits the right spot.

So in the spirit of reinterpreting and reinventing a classic cocktail recipe, Diageo Bar Academy consulted with the bar manager of Hong Kong S.A.R. China outfit Wyndham the 4th and Diageo World Class finalist, bartender Tom Wood to present three different takes of this historical cocktail. What will your interpretation of the Singapore Sling look and taste like? 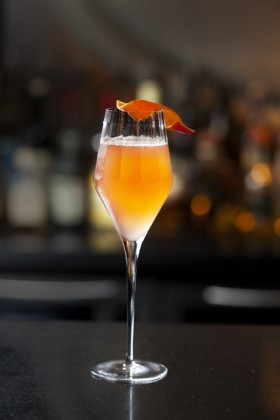 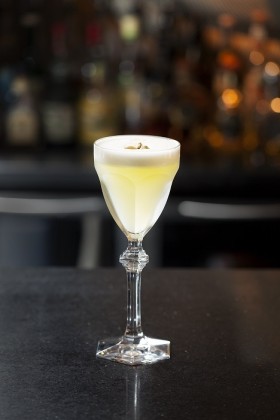 By Marc Rodrigues and Brittany Lee Waller for Drinks World Asia, a quarterly trade magazine for the Asian beverage industry.