THREE COCKTAILS WITH A STORY TO TELL

The origin of many of our favorite cocktails today are hotly debated, but the multiple stories behind most are probably a reflection on how important the art of storytelling is to bar staff.

We’ve pulled 3 of our favorite classic cocktails and the stories behind them to entertain guests, educate your colleagues or annoy your friends with.

THERE’S MAGIC IN THE MYSTERY

As any drink’s popularity increases, so does the uncertainty around its story (and creator). In some cases, it’s well documented, but most drinks we consider ‘classic cocktails’ today, have an ambiguous nature. And that’s all part of the romance.

Guests are often concerned with what’s in the glass, but it’s the role of bartenders and servers as storytellers to convey the (sometimes many) stories behind the drink.

Understanding the flavors and composition of a drink is fundamental, but knowing the context, the time and setting, the reason for it’s creation really paints the full picture. It helps us know why and how a drink came to exist, so that we may better use our current environments to create new classics. 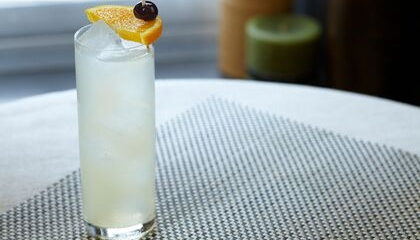 Gin, lemon, sugar and soda – traditionally built over ice in a highball or, later, a Collins glass. Bright, sour and sometimes referred to as ‘spiked lemonade’, the Tom Collins allegedly harks from a potent gin punch and is on record as far back as 1887 in ‘The Bartender’s Guide’ by Jerry Thomas.

The drink is often credited to bartender Jack Collins of the Limmer Hotel in London. Collins’ gin punch was hugely popular and there are claims the name came from the inclusion of Old Tom gin as the core spirit.

But the best story is connecting the drink’s name to the Great Tom Collins hoax of 1874. The city of New York engaged in widespread pranking where people would tell friends that a man at a nearby bar, called Tom Collins, had been insulting them. When the prank was sold well, the gullible friend would storm out searching for this ‘Tom Collins’ to settle any issues. The story goes, crafty bartenders of the time spotted an opportunity to lend a drink to this popular name and introduce it to any friends inquiring for a Tom Collins.

The original recipe called for Old Tom gin, but today‘s Tom Collins is generally served with London Dry gin. A sister recipe from the same bartender, the John Collins, called for genever as the base.

Tom Collins with a twist

For a twist: swap out the sugar for a green tea syrup. Vibrant notes in the tea bring a slight astringency to the lemon and pop the botanical flavors in the gin. 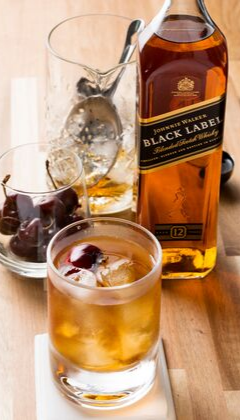 (American) whiskey, vermouth, bitters and lemon peel. Stirred. Straight and simple. Uncomplicated to make, yet complex to taste: the Manhattan.

The drink was one of the first to use vermouth as a modifier and is often cited as being created at an event for Lady Randolph Churchill (Winston’s mother) at the Manhattan Club in around 1874. However, deeper research has confirmed Lady Churchill was either pregnant or at her new son’s christening in England at the time of the event. Highly unlikely to be ordering whiskey cocktails.

Although claimed by the Manhattan Club in New York, the most romantic, and likely reliable, tale tells us the cocktail was created by a man named ‘Black’ at the city’s famed Hoffman House around 1880. Black is credited with “the most famous drink in the world in its time” by a fellow Hoffman bartender, William F. Mulhall, in his written accounts.

Although the oldest recorded recipes call only for (American) ‘whiskey’, it’s highly likely it was a rye whiskey used originally. Today, the most common servings feature bourbon and other components of the oldest/ ‘original’ recipes have evolved, too. Angostura bitters are typically used rather than orange bitters, largely as they’re more commonplace.

Manhattan with a twist

For a twist: instead of whiskey, try using some rum and pressed apple juice for a decadent little spin on an old favorite. 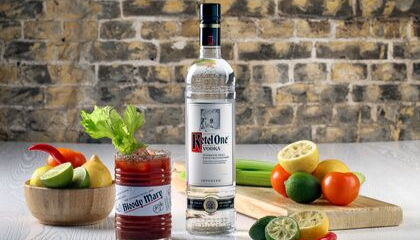 Vodka, tomato juice, pepper sauce, Tabasco sauce, Worcester sauce, black pepper and celery salt. A classic that has become so renowned that it has its own National Day in the USA (1 st January).

As with many classics the originator is often debated with some associating this savory cocktail with the Hollywood star, George Jessel, however, most agree that Fernand Petiot, a young bartender at Harry’s New York Bar in Paris, should be credited with the creation of this serve in the 1920s.

It is believed Petiot started mixing vodka and tomato juice for his American clients in Harry’s New York Bar, but it wasn’t until 1934 when Petiot moved to King Cole Bar at the St Regis Hotel in New York that the Bloody Mary really caught on.

Named at first as the Red Snapper, it is believed that a Russian Prince ordered this savory serve and asked for some extra spice, with Petiot selecting Tabasco sauce as his ingredient of choice – completing the Bloody Mary recipe we know and love today.

In terms of the name ‘Bloody Mary’, there are a few theories to choose from. Some believe that the drink is named after a waitress, named Mary, from Chicago’s infamous Bucket of Blood Saloon, while others believe that Petiot named the drink for a woman who frequently sat at his bar waiting for a suitor who never showed. However, the most popular theory is that this famous cocktail is named after Queen Mary Tudor who executed hundreds of Protestants during her reign in the 1500s.

Bloody Mary with a twist

For a twist: invite a Scot to brunch. A Bloody Mary calling for Talisker instead of vodka is an entirely new take on the drink. Bold smoke notes dart their way through lemon and savory tomato to fiery Tabasco and pepper.