Bompas & Parr, the renowned culinary design experience studio, shares some of the more esoteric ingredients it has encountered that could soon feature on a cocktail list near you. 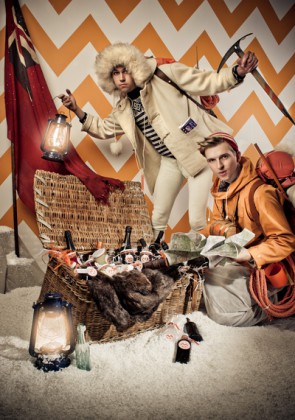 As culinary consultants we are often asked for cocktail recipes that have never appeared anywhere else—monochromatic feasts, drinks that bring out the wild man in us all, Martinis stirred with sound waves and cocktails for the apocalypse are just a few of the briefs that have come in recently.

These "world-first" drinks lists have us constantly hunting for bizarre botanicals and foraging for flavors in libraries, gardens and foreign lands. We’ve always got our eyes peeled for innovative service techniques. We always try to create entirely new processes ourselves and we look for culinary techniques that may have traction behind the bar.

Here are just a few obscure ingredients that can serve as imaginative substitutions for those more familiar staples of bartending:

Lemon is the go-to acid in bartending, but there are alternatives to the standard: immature lemons, picked young, contain far more acidity—same goes for "baby" lemons too; then there are Meyer lemons which are more aromatic and less acidic than a normal lemon. They also come preserved with salt which makes for a tangy, briny twist to a Bloody Mary (rinse them first to remove excess salt); true Amalfi lemons, large and knobbly, have a more balanced acidity and can be eaten raw, making for more nuanced Sours and Daisies. You may have to get up early—or go at the end of your shift—to search through the wholesale produce market (we head to New Covent Garden in the small hours sometimes, though Ocado now supplies one variant of Amalfi lemons online if you want to try the difference!).

We’re also intrigued by how we can use different acids from the lab to replicate the taste of certain fruits and flavors without using the actual flesh or zest of that fruit. Citric acid out of the bottle is increasingly common but we like experimenting with malic acid, tartaric and oxalic, all of which can be bought in food-safe variants. They replicate everything from citrus to pineapple flavors without adding color. Sometimes it’s interesting to use these ingredients to play with drinkers’ expectations of flavor. 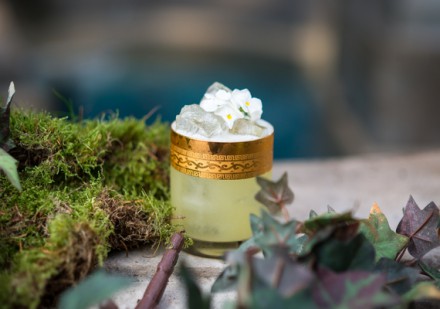 This is a classic culinary technique where you basically melt butter and boil off the water it contains but keep it moving in the pan so the milk solids don’t burn—you’re left with a delicious nutty, practically umami-rich flavor for infusing in brown spirits such as Whisk(e)y or Rum for extending butter’s diacetyl and acetoin aroma compounds.

Fresh as a Daisy

Edible flowers can be found from market suppliers easily enough, but there are some less obvious flowers which work both as ingredients as well as garnishes.

To give just two examples, the petals of the blue lotus waterlily, used since Ancient Egyptian times as teas or infusions in Wine that are said to enhance color perception. We’ve also come across butterfly pea flowers from Thailand, which have been used for centuries in traditional Ayurvedic medicine with many uses as well as a bright blue food coloring. Both can be simply bought online as teas.

Separately, we’ve actually used flowers as vessels, recently using calla lilies, which have a natural watertight enclosure, to serve drinks inside. (Make sure any flowers you source are totally organic and free of pesticides.)

Insider info: there are many online purveyors of edible plants, but it’s worth doing your homework first%mdash;we turn to the Royal Horticultural Society for advice. It carries a big list of edible flowers with serving suggestions! 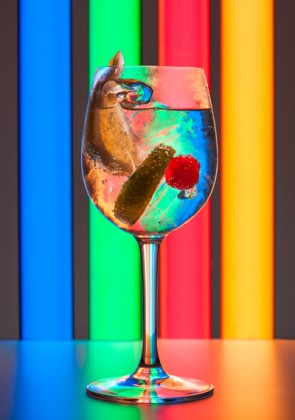 It’s easy to get bored by the usual staples—apples, oranges, pineapples, grapefruits: yawn!

There are so many fruits out there, up to 80,000 in fact, that are thought to be both edible and tasty. Rather than suggest something unobtainable, there are some interesting varieties we can recommend that may appear familiar to us but can toy with people’s flavor expectations.

Then there’s the yellow watermelon, which looks the same as a regular watermelon until you cut it open and find its yellow flesh with a honeyed palate. Or the pineberry, a pineapple-flavored relative of the strawberry that is white. On the same spectrum are yellow, green, purple and white tomatoes which can make for an alternative to the traditional Bloody Mary—again a specialist supplier can source these.

On a recent trip to Hawaii we found a whole new world of tropical flavors including the jabuticaba, a delicious tropical flavor that we think would pair well with cachaça (despite the fruit’s common description as tree "warts" because of the way they grow up tree trunks). Keep your eye out for unusual local variants but be aware that some countries have strict import restrictions on organic matter.

Closer to home we’d advise seeking out your local Asian store, where you’ll find a plethora of unfamiliar fruits, fresh and canned, that offer new routes to flavor—palm seeds, for instance, are like translucent gemstones which are sweet in their own right but work really well to absorb flavor in a cryovac to make for complementary flavored garnishes. 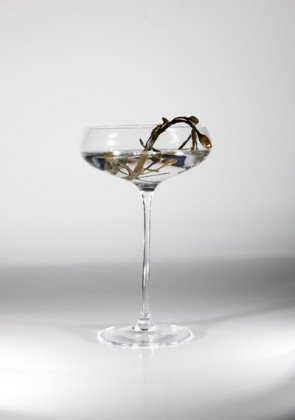 We’re lucky enough these days to be able to buy some strange herbs that were once only reserved for high-end restaurants. We like microherbs that boast a cacophony of flavor and look pretty too, ranging from the cucumber-flavored borage cress to cressabia leaves that taste of wasabi, citra leaves that add a citric bite, apple blossom for green apple sharpness, and oyster leaves (that one’s obvious), Each of these can make for fragrant, herbaceous alternatives to the usual garnishes for sweet and savory cocktails and can enliven spirit/mixer combinations.

Insider info: there are a number of online sites that supply unusual leaves and most ship internationally so it’s time to get Googling.

We’ve just been working on a project in Tasmania which has uncovered everything from miniature pig face flowers, which taste like a cross between kiwi fruits, figs and strawberries, to medlars, which have been cultivated since Roman times and only become sweet and edible (a bit like quince) after being softened by frost—we used them in a Gin posset.

At the same event we also served hot apple cider from hollowed-out fruit—why should pineapples, the de rigeur vessel for Piña Coladas, have all the fun?


Bompas and Parr specializes in flavor-based experiences and their exceptional work has taken them everywhere from London to Louis Vuitton in Paris. To keep up to speed on all that’s going on, follow them @BompasandParr