« back to Latest Releases 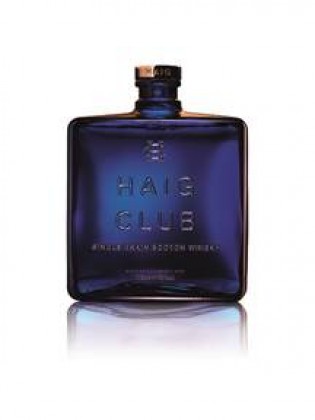 Working alongside Diageo, Beckham and Fuller will play a fundamental role in developing the brand, its strategy and positioning. David Beckham will also lead the promotion of a responsible drinking programme for Haig Club, which is at the heart of the brand.

Built on 400 years of distilling history, the House of Haig can trace its whisky producing roots back to the seventeenth century.

In 1824 John Haig established the Cameronbridge Distillery and it was there that he pioneered the art of producing grain whisky in continuous Coffey and Stein stills – an invention which laid the foundations for the growth and success of the modern Scotch Whisky industry.

Haig Club is born of that Haig family legacy of innovation and excellence in whisky creation.

Haig Club has been crafted using a unique process that combines grain whisky from three cask types. This creates a fresh, clean style that showcases butterscotch and toffee for an ultra-smooth taste that the company believes will be enjoyed not only by current whisky drinkers, but also by those who have always wanted to try whisky.

Respected whisky authority Dave Broom is one of the few drinks experts to have tasted Haig Club. He described it as “a hugely versatile spirit, and I expect bartenders will love what they can do with it. Forget everything you thought you knew about Scotch…”

In October 2014, the distinctive and sophisticated new whisky has now opened its doors to the world and will be gradually available in bars, restaurants and retail stores in the United Kingdom and rolling out over the remaining of 2014 in China, South Korea, Vietnam, Malaysia, Singapore and the United States, expanding to additional markets in the near future. The brand will also now be available in duty free shops globally following its exclusive release period in the UK and a limited number of duty free stores earlier this year.