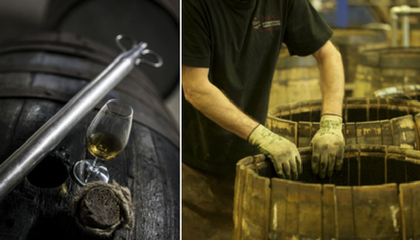 When it comes to impressing your customers with your knowledge on the various characteristics and flavor profiles that make up your signature Whisky serves, it’s important to reflect on how the process begins and appreciate the role of the cask. Dave Broom, world renowned Whisky expert and writer, breaks down the various cask types and vessels to give us a better understanding of the importance of casks in the Whisky world.

Let’s imagine that you are a farmer distiller in Scotland in the early 18th century. You’ve made your Whisky, now you need to store it because people will want to try it. You’ll also have to sell or barter most of it to pay your rent and acquire necessities. That means getting it from your farm to the nearest town. In both cases, you had to put your new spirit into an oak cask.

There is, however, a difference between storage and maturation. The latter refers to deliberately putting the spirit in the cask to alter its flavor. This only became standard practice for Whisky in the early 19th century when the industry began to become commercialized. 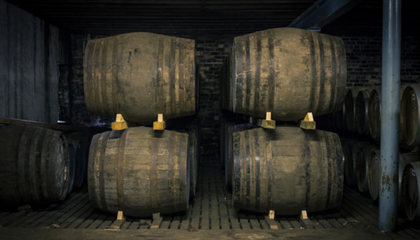 Maturation was allied to a rising demand for quality and, when that became a requirement, Scotland’s distillers drew on the experiences of Cognac and Rum, two spirits which had to be transported long distances to the UK. In the process, the distillers and shippers saw how the spirits acquired color, mellowed, and developed a new range of flavors. By the mid-18th century, producers were deliberately aging Rum and Cognac for quality reasons.

Casks had been used for holding all manner of goods for over 2,000 years. The Romans called the wooden vessels they saw being used in Gaul (a region of Western Europe during the Iron Age), cupa, the root of "cooper" and "coopering". Oak would have been the preferred wood type for reasons that still hold true today. Oak is watertight but porous, and it allows air in but doesn’t leak. It is strong, but can be coopered easily. A tree of about 100 years is felled and its trunk sawn or split into staves, which are seasoned in the open air to remove astringent compounds. The staves are then bent into shape by heating and wetting. As the wood is being toasted, its sugars caramelize. This toasting has to happen if you want to get flavor. At this point, the cask ceases to be just a vessel for storage or shipping and becomes an active participant in a Whisky’s final complexity.

Each type of oak will also give its own signature characteristics.

American White Oak : The most widely used species is Quercus alba, aka American white oak. The vast majority of casks used for maturing Scotch Whisky are made from this. It is high in compounds such as vanillin (giving vanilla flavors) and oak lactone (giving coconut flavors), as well as sweet spice and marzipan. These casks will have previously held Bourbon.

European Oak : The other main oak type is Quercus robur, aka Spanish (or European) oak. Flavor-wise, this has higher levels of tannin, a richer color, and aromas of incense, dried fruit and clove. These casks are first seasoned with Sherry.

French Oak : The third species is Quercus sessiliflora, aka French oak. Stylistically, it sits between the two styles and has a vanilla undertone and a more pronounced spiciness. These casks will have held either Wine or Cognac.

People commonly call casks "barrels," however, a barrel is actually a specific size and shape of cask. Simply put, a barrel is a cask, but not all casks are barrels.

The largest cask permitted by law for Whisky today is 700 liters.

Gordas are ex-Sherry and probably made of European oak.

Butts (500 L) are ex-Sherry and more common, mostly made from European oak, but can be made from American white oak as well.

Barrels (180 - 200 L) are always American white oak and have been previously used for maturing Bourbon. 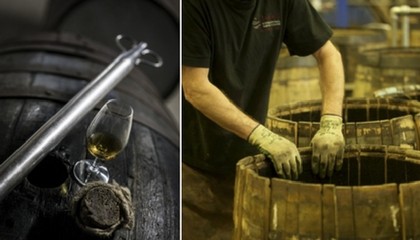 The interaction between the spirit and cask can comprise 60% of a Whisky’s final flavor.

The cask initially helps remove the aggressive elements as well as sulfur compounds in the new make. Some of these evaporate, while others are absorbed into the charcoal layer on the inside of ex-Bourbon casks.

Simultaneously, the cask is breathing. Air pressure is pulling the Whisky into the wood and out again. With each inhalation, flavor and color are being absorbed by the liquid. In time, the oak-derived flavors and those of the spirit begin to move together, producing greater complexity.

The intensity of those flavors will depend on two things:

Bourbon can only be aged in brand-new casks, whereas Scotch Whisky takes these once used casks and reuses them, then reuses them again and again.

By understanding what flavors are released after a certain amount of time in a specific type of cask, a distiller can build up an even greater range of complexity in the final bottling. A first-fill Sherry cask will be different to a first-fill ex-Bourbon, and a refill cask of each type will be different again. In Single Malt, the key is to not allow the oak to overwhelm the distillery character. Most Diageo Malts use refill casks to accentuate the distillery character, but you can pick out the rich fruity signature of Sherry casks in brands such as Benrinnes Flora & Fauna, Mortlach, Glen Ord 18 Year Old, Royal Lochnagar Select Reserve, or Johnnie Walker Black Label. For American oak, look to Cardhu Amber Rock, Johnnie Walker Gold Label or Haig Club.

A brand-new cask is filled with flavor. Each time it is filled, there will be less in the wood to share with the maturing spirit. Each fill gives a different range of flavor possibilities, and this is one reason why age is not a determinant of quality. An age statement simply tells you how long the youngest Whisky in a blend has been in cask. It’s a measurement of time. Maturity is a measurement of character, and that is determined by how active that cask has been.