Behind The Liquid: Q&A With Don Julio Brand Ambassador

Don Julio Tequila is a spirit that is steeped in tradition, dating all the way back to 1942, when Julio González purchased his first distillery. We step back in time and unveil the story behind the brand with European Brand Ambassador Deano Moncrieffe. 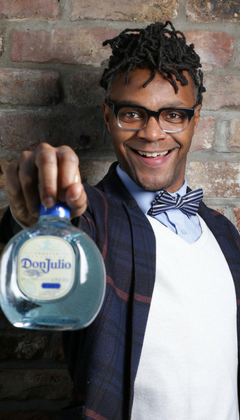 1. Can you tell us more about the history and origin of Don Julio Tequila?

Don Julio González Estrada was born in 1925. He was raised in the “Los Altos” highlands region of Mexico in Atotonilco el Alto. Julio González spent his youth learning the ancient methods of making mezcal wine in underground ovens, developing an understanding and appreciation for the subtle flavor nuances resulting from experimentation. As the years went on, he began to recognize the many ways in which the region’s unique conditions allowed for the cultivation of the best agave, and so he decided to begin growing his own. In 1942, at just 17 years of age, Julio González purchased his first distillery, naming it “La Primavera”, or “spring”. This would be the initial step on his journey to creating the iconic Don Julio brand, the world’s first luxury Tequila.

2. Can you tell us more about the production process of Don Julio and the ingredients you use?

There are more than 300 species of Mexico’s indigenous agave plant, but only the blue agave variety is used to produce Tequila. The Ultra-Premium Tequila of Don Julio is made from 100 percent blue agave. A member of the lily family, blue agave plants have broad, spiky leaves that resemble a cactus and can grow 5 to 6 feet tall. Don Julio uses only the highest-caliber, fully matured and ripened blue agave, hand-selected after 8 to 10 years of growth.

Don Julio hand cuts piñas (heart of the plant) into thirds or quarters (depending on size) for uniform cooking, whereas other distilleries do not cut the piñas or only cut them in half. The piñas are then slowly steam-cooked in traditional masonry ovens for three days.

Mixing the agave juice with water and our very own, all-natural yeast strain converts the beverage to alcohol. The double distillation batch process in pot stills separates and concentrates the heart of the Tequila, producing the distinctively smooth and consistent taste of Don Julio. 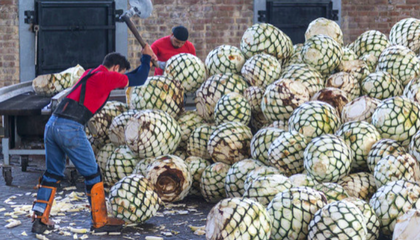 To capture the raw agave essence, Don Julio Blanco Tequila is bottled and immediately released. The aged Tequila—reposado, añejo, Don Julio 70, 1942 and Real—are matured for a longer period of time. After Enrique de Colsa, the Master Distiller, deems the Tequila truly representative of our specifically high standards, the spirit is bottled.

3. What makes Don Julio different than other Tequilas?

Across our portfolio, the consistent characteristics are that of a highland Tequila from Jalisco, but each variant has unrivaled depth and subtle nuances that set it apart. The blanco is full of fresh, raw agave, delicate citrus and a slight peppery finish. The reposado is the perfect combination of dried fruit and roasted agave that instantly coats the palate, followed by toffee and chocolate, topped with a slightly dry, lightly bitter finish that comes from careful aging. The añejo is wonderfully complex and balanced, with expressions of cooked agave and honey. Our Don Julio 1942 has a silky, smooth character that coats the palate with roasted agave flavors, vanilla, sun-ripened tropical fruits and spiced undertones to create a wonderfully unique Tequila experience. 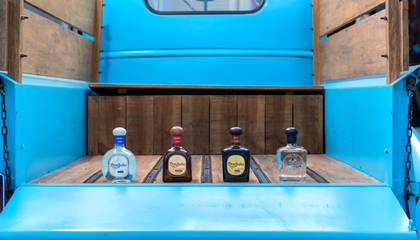 4. Don Julio is presented in a beautifully created bottle. Is there a story behind why it looks this way and where the design originated from?

In 1985, Don Julio González’s sons threw a special celebration to cheer him up following a brief illness. As the family was preparing for the party, Don Julio requested that his special reserve Tequila be served at the party in short, square bottles so that guests could see each other from across the table and speak easily while enjoying his reserve reposado. Guests began asking when they would be able to buy their own bottles. Since Don Julio had only created the Tequila for his personal use and had never intended to sell it, he had no response for his guests. One guest in particular demanded an answer. He presented Don Julio with two checks, saying “You can cash these both tomorrow if you promise in one year you can give me 1,000 cases of your special Tequila to sell.” Two years later in 1987, this special reposado Tequila–now named Reserva de Don Julio–was on store shelves in Mexico.

5. Why do you think Tequila is so popular with consumers?

Tequila has a true sense of authenticity, heritage and cultural importance, which is often mimicked but never matched in other categories. It is such a diverse category with many different styles, allowing amazing possibilities for creative bartenders to experiment with unique flavor profiles, and yet its true genius lies in its simplicity. 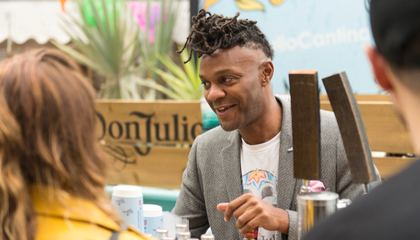 6. What are the key pieces of information about Don Julio that bar staff could use as good conversation starters?

The most important aspect is the quality of the liquid. Don Julio changed the industry with the way he produced his Tequila. He did many things before anyone else, developing techniques that are now standard practice in the industry, such as planting his agaves further apart so they would grow bigger and have more flavor. He was a pioneer; an innovator, and that’s why he became a legend. Those traditions and innovations are upheld today by our Master Distiller, Enrique De Colsa, who worked closely with Don Julio before he was personally chosen to carry on his legacy.

7. What is the best way to drink Don Julio?

For us at Don Julio, the most important thing is that you spend time to really appreciate the flavour profile, characteristics and quality of our liquid. We recommend our blanco in a great cocktail, and for our other variants, we suggest straight up in a tasting glass for sipping or on the rocks with a citrus zest.

Shake all ingredients and strain into a coupe glass.

Garnish with a red pepper slice.