The history of liqueurs can be traced as far back as the 13th century when European monks originally created liqueurs for medicinal use.

By the middle of the 14th century– a plague known as the Black Death wiped out a third of Europe’s population in just seven years. This catastrophe boosted the demand for medicine throughout Europe, with centres of learning and monasteries increasing production to meet the demands. As production increased so did the knowledge of distillation and eventually it made its way over the walls of monasteries and schools and into the commercial world.

By the 15th century the Italians where leading the way with the production of liqueurs with many noble homes producing their own recipes.

In 1547, Catherine De Medici, who was from a powerful Italian family, married Henry II of France to become Queen Consort. Catherine is often attributed with introducing the French court to the drinking of liqueurs. Over the next few centuries France would become a powerhouse in the liqueurs industry.

During the Victorian era of the 19th century, drinking liqueurs at the end of a meal became very popular and manufacturers were producing a wide variety of fruit, spice and egg custard liqueurs which appealed to the palate of European drinkers.

The mid-20th century saw an explosion of brightly coloured liqueurs, such as blue curacao, in cocktail culture. Artificial colourings aside there was also real technological progress being made and in 1974, BAILEYS invented the cream liqueur segment and still leads it to this day. Produced in Ireland, this closely guarded secret recipe blends cream and whiskey and other ingredients such as cocoa, vanilla and sugar. Since 2005 BAILEYS has also produced several flavours including Chocolat Luxe and Crème Caramel. 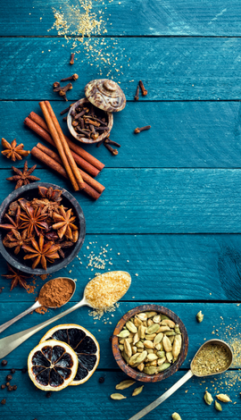 There are several methods of obtaining the flavour from the fruits and spices in liqueur production. They are percolation, maceration and distillation. The choice of method used depends on the source from which the flavour is being extracted, and on the particular flavour desired from the flavouring agent.

Spirits are put into the bottom of a large tank and fruit is placed in a basket-like container and pumped over the basket repeatedly until the entire flavour has been extracted.

The fruits or other flavourings steep in the spirits until the entire flavour has been extracted. After the flavours have been extracted, the heavily flavoured spirit is often redistilled, resulting in the delicacy of flavour desired by the maker.

The leaves, peels, seeds, etc. are placed in a still, covered with an alcoholic spirit and distilled to produce a high proof product. This product is then reduced in proof by the addition of syrup (sugar and demineralised water) and adjusted at bottling.

All liqueurs by definition are alcoholic beverages made from a distilled spirit that has been flavoured with fruit, cream, herbs, spices, flowers or nuts and bottled with added sugar or other sweetener. Liqueurs can be broken down into five main categories:

This describes liqueurs that are flavoured with numerous herbs and spices to offer a complex flavour profile. They often have an association with monasteries or are made to centuries old traditional recipes.

This is by far the largest category of liqueurs and refers to any liqueur with ‘crème de’ in the title. Examples of generic liqueurs include amaretto, maraschino, triple sec, crème de cassis and apricot brandy.

Cream liqueurs refer to liqueurs that contain dairy products like BAILEYS. The category was pioneered by BAILEYS when it was developed in the 1974.

Liqueurs can be enjoyed on various occasions and are a delicious after dinner digestif. This allows bar staff to increase the spend per head by encouraging guests to enjoy an after dinner delight. Make the most out of this opportunity with these delicious serves:

BAILEYS ORIGINAL IRISH CREAM is a shelf stable product and it will not deteriorate opened or unopened, refrigerated or not for over two years (kept out of direct sunlight).

CHECK OUT THESE LIQUEURS AND OTHER SPIRITED BRANDS FOR MORE INFORMATION ON THEIR STYLE AND RANGE: