Scotch is the world’s favorite Whisky. No other spirit can offer the same range of tastes, textures and flavors. Made the same way for over five hundred years in distilleries small and large, the length and breadth of Scotland, it is the very pinnacle of quality - loved in every corner of the globe. Trends come and go, but Scotch is here to stay as shown by the #LoveScotch movement. 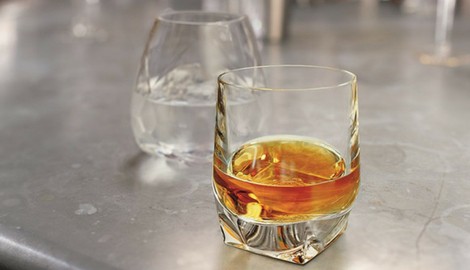 The earliest distillers in Scotland were probably monks, as suggested by the first written reference to the distillation of ‘aqua vitae’ from malt in the Exchequer Rolls of Scotland for 1494-95.

After the dissolution of the monasteries in the 16th century, the art of distilling moved into the surrounding communities. During the 18th century, a series of excise taxes imposed on both malt and distilling in Scotland led to a proliferation of illicit distilling in rural Highland communities, while larger capitalized distilleries began to flourish in the lowlands. The 1823 Excise Act permitted the distilling of Malt Whisky in smaller stills for the payment of a relatively modest license fee. This new law resulted in illicit production and smuggling, dying out almost completely.

In 1831 Aeneas Coffey invented the Coffey, or Patent Still, which allowed the continuous process of distillation to take place. This still led to the wide scale production of Grain Whisky, with a lighter flavor than Malt Whisky.

Grocers and Wine & Spirit merchants like John Walker took advantage of these developments to blend together lighter Grain Whiskies with heavier more flavorful Malt Whiskies to produce Blended Scotch Whiskies, which were more palatable to a wider group of consumers.

Over the years, Scotch Whisky has grown to become one of the most popular spirit categories in the world with an unrivaled range of variations and flavors. 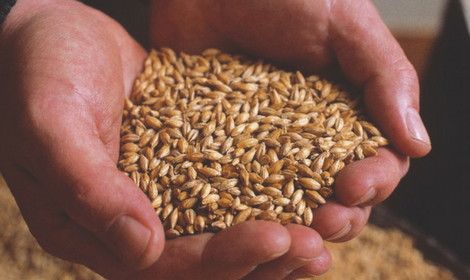 Water is used at various stages throughout the production process of Malt Whisky and it is important that it is of high quality.

Yeast is used to ferment the sugary ‘wash’ produced from ‘mashing’ the malted barley.

1) During the malting process, the barley goes through a germination process to convert proteins in the seed into starches.


2) The barley is then dried in a kiln, sometimes using peat as a fuel, to deliver a pungent phenolic, or smoky, character.


3) The malted barley is milled (ground) and then mixed (‘mashed’) with hot water to extract the fermentable sugars from the starches.


4) This ‘wash’ is fermented by adding yeast to create a low alcohol Beer.


5) The wash is then double distilled in copper pot stills.

6) The distilled spirit is matured in oak barrels (in Scotland) for a minimum of three years before it can be called Scotch Whisky. 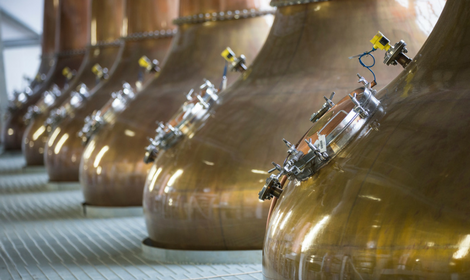 By law, in order for Whisky to be Scotch Whisky, the new spirit must be matured in oak barrels in Scotland for at least three years. During the maturation process over 50% of the flavor of the final Whisky will develop as the spirit interacts with the wood.

New oak barrels impart a dominant woody flavor which is not desired in Scotch Whisky, so the majority of Scotch is matured in second-hand barrels. The barrels are often charred before they are used because this creates an active wood surface that can both remove undesirable elements from the spirit, and allow complex flavors to develop. American Oak ex-Bourbon barrels give sweet vanilla and coconut notes and a lighter color while ex-sherry European oak barrels give a richer flavor and darker color.

Blending Scotch Whisky involves a skilled process of mixing different Single Malts with different Grain Whiskies to produce a consistent product. Blends may comprise of as many as forty individual Whiskies. As each Whisky has its own character, it is down to the master blender to use their knowledge, skills and intuition to blend together the right Whiskies at the right age to produce the perfect blend, batch after batch, time after time.

Whisky can be made anywhere in the world - however, Scotch Whisky unsurprisingly can only be made in Scotland. Here are some other factors that make Whisky, Scotch Whisky:

Must be distilled from 100% malted barley, be produced in a traditional pot still and be the product of one individual distillery.

Can be made from a combination of cereals, but must be produced by a single distillery and is typically column (Patent Still) distilled.

Is a blend of two or more Single Malt Scotch Whiskies that have been distilled at more than one distillery.

Is a blend of two or more Single Grain Scotch Whiskies that have been distilled at more than one distillery.

Every year, World Whisky Day is celebrated in May. Ahead of the celebration this year, Whisky expert, Nick Morgan, took a look through the different types: 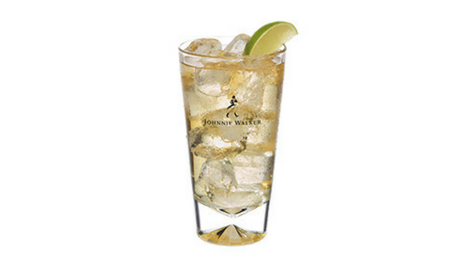 Garnish with a slice of ginger. 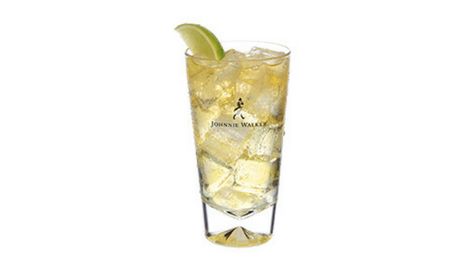 Did you know?
The term 'Whisky' is derived from the Gaelic word "uisge beatha" (pronounced Ooshky-bay), meaning 'water of life'. This was shortened to 'usky' and then ‘Whisky' in English.