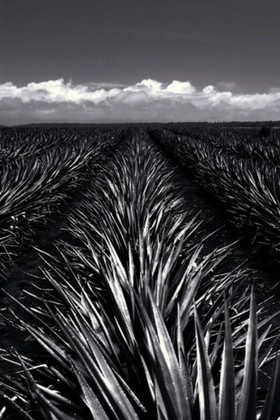 Tequila’s history is deeply rooted in Mexico’s heritage. Long before the arrival of the Conquistadors, the natives were making a fermented beverage called ‘pulque’.

It was a ritual drink, consumed during certain festivals.

The arrival of the Spanish Conquistadors heralded the development of the spirit we now know as tequila today. After the Conquest, pulque lost its significance and sacred standing and the Spaniards introduced distilling techniques. From here they started mezcal wine which is made from the agave plant.

In the 17th century mescal wines started to gain notoriety around the town of Tequila and by the late 19th century tequila was the word used to describe mezcal distilled in this area. The fundamental difference between mescal and tequila is that tequila can only be made from blue agave and mezcal can be created from 28 different types of agave.

In 1944, the Mexican government decided that any product called 'tequila' had to be made by distilling agave in the state of Jalisco.

HOW IT IS MADE

Tequila has a distinctive grassy, peppery flavor and aroma and is made from the agave plant. Below are the 7 stages of production:

1) Harvest: Today's producers supplement the agave farmer’s expertise with scientific testing to determine when the agave is at its best sugar content - at least 24%, but some prefer to wait for even higher levels, almost 30%.

2) Cooking: The more popular method in recent times is to cook the agaves using an autoclave. These giant stainless steel pressure cookers (6 x more pressure) use steam but help to reduce the cooking time to as little as a single day

3) Extraction: Once cooked, the agaves are transported to a milling area for sugar extraction. The cooked agaves are crushed in order to release the juice, or ‘aguamiel’ (honey water), that will be fermented.

4) Fermentation: Most producers use stainless steel containers for their fermentation to control hygiene and consistency. Some will choose to temperature control this process with the ideal thought to be 32C.

5) Distillation: This process purifies and raises the concentrations of the flavors formed during the fermentation. There are a number of elements in distillation that affect the final product; the type (pot or column) and size of the still, the material from which they are made, the temperature of distillation, the duration and the cut points. By law, tequila must be distilled a minimum of two times, although some are distilled three times

6) Maturation: There are a number of factors that influence the aging process; the size of the barrel will give more or less wood contact depending on volume. The type of oak used will impart character too; almost all containers used in tequila aging are French or American white oak barrels that have previously been used to age bourbon.

7) Bottling: Before bottling the distilled tequila is filtered through cellulose filters to ensure no cloudiness. The tequila is usually blended, an extremely important aspect of tequila production which is often overlooked.

There are various types of tequila all depending on varying aging times.

Blanco – Known as ‘plata’ or ‘silver’ tequila that has been rested/aged in stainless steel tanks for up to 60 days. Blanco has the most lively agave presence.

Gold - This is where flavors and colorants have been added prior to bottling. These tequilas tend to be less expensive and used in many bars for mixed drinks.

Anejo – Meaning ‘aged’ in Spanish. The tequila is aged between one and three years in oak barrels no larger than 600 litres. The spirit will be deeper in flavor and richer due to the oak influence.

Extra Añejos – A new category established in 2006, tequila is aged for a minimum of three years in oak barrels no larger than 600 litres. The longer the tequila ages, the more color and tannins the final product will have.

Reposado – Meaning ‘rested’ in Spanish, the tequila is rested for a minimum of two months and up to 12 months in wood containers of any size.

The World of Don Julio

Founded in 1942, the Don Julio Distillery is named after the founder Julio Gonzalez, who’s work earned him the name of ‘Don’ – a title of respect. Today, Master Distiller Enrique de Colso oversees the entirely handcrafted process to continue the legacy of Don Julio Gonzalez. 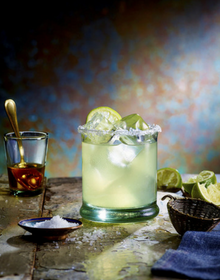 Stir together the tequila and grapefruit juice.

Top up with soda water. 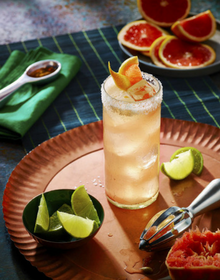 Shake the tequila with the agave nectar water.

Strain into an ice-filled old-fashioned glass with a low height.

Garnish with a wedge of lime.

Did you know? That a Jimador is the name for a Mexican farmer who farms agave plants.