BEHIND THE GATES OF THE GUINNESS OPEN HOUSE BREWERY

With interest in craft beer growing every year, brewer Aisling Ryan gives us a look behind the scenes at the creative world of the Guinness Open Gate Brewery. From coming up with new and innovative craft beers to what she sees as the next trend in beer, join us as we step behind the gates of this experimental brewery in the heart of Dublin. 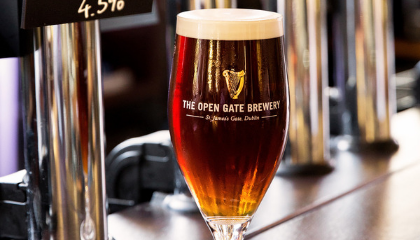 At Guinness there is a rich heritage of innovation and there has been an experimental brewery at St James Gate for over a hundred years. Now called the Open Gate Brewery, this is where we as brewers can get creative, exploring new recipes, interpreting old ones and experimenting freely to bring exciting new beers to life.

In 2015 we took this one step further and opened the Taproom Bar at the Open House Brewery, where anyone can come along and taste our beer before the rest of the world gets to. This has been invaluable to us as we can get really great feedback and it has allowed us to share our passion for beer and brewing.

I joined the team just before the Open Gate Brewery Taproom Bar opened and it has been a really exciting journey to work with such freedom to explore new recipes in beer! 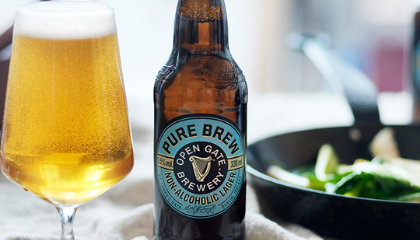 For beer development, I work on new recipes at small scale first. I get my inspiration from a range of areas - from food and drink that I have enjoyed, to new flavors that I find when traveling. For example our team recently went to the botanical gardens in Dublin and came back with a very long list of new and exciting beers that we plan to brew in the Open Gate Brewery very soon.

I am always looking for new ingredients and seeing what I can use to elevate and accentuate the hops I am using. For example when I worked on the Irish botanical ale I searched the Irish countryside and experimented with lots of ingredients such as wild flowers and herbs.

Once we have a developed the beer at small scale we then usually go through a consumer research step where we get feedback on the beers until we finalize the final beer. From here we scale up the recipe so we can make it on a larger scale. For us quality is a very important aspect of all our innovations so we run a number of trials to ensure the beer maintains that superiority that Guinness is known for. 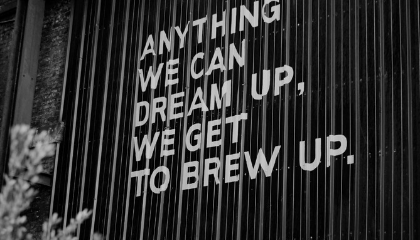 It’s a really exciting time for beer in the industry at the moment. With the trend of craft beers not slowing down anytime soon, more and more people are getting interested in beer and learning more about beer styles.

I think in the future there will be more craft beers with more unique flavors. For example at the moment I am experimenting with lots of new yeast strains and various barrel finishes for beer.

Another trend that is already starting to take off is low to non-alcohol beers. I think it is going to be a more important segment of the overall beer category and it has already led to great advances in the available methods and technology to produce such offerings. I think the choice available to beer drinkers who are looking to moderate or abstain will grow and grow.