A STROLL THROUGH LOUISVILLE

Kentucky is famous for three things; a horse race, fried chicken, and whiskey. On my first crossing to Kentucky’s capital, Louisville, I was inclined to explore two out of the three, or as locals in that part of the world would say; “get down to the brass tacks of”.

Visiting Louisville for the first time had me a hankering for good chicken and good whiskey. I had no real interest in the gallop that was Hunter Thompson’s arousal for his seminal 1970’s sports article, The Kentucky Derby is Decadent and Depraved. Truth be known, after reading his piece on the iconic race held the first Saturday of May, I made sure to book my tickets a good two weeks before the affair to bypass safely.

“We’re in Lou-ees-ville for a few days on our honeymoon”, I say to the first local that I encounter in a transaction for gasoline.

“Lou-ee-ville is how you say it. And why would you bring her here?” is not the answer I expected back.

Pronunciation altered, I suggest Kentucky’s unlimited green pastures, historical significance, not to mention bedrock to some of the world’s best sipping whiskey, is reason enough to be here. I guess that response satisfied her as she smiled and sounded in classic drawl; “Well, y’all have a great honeymoon”. 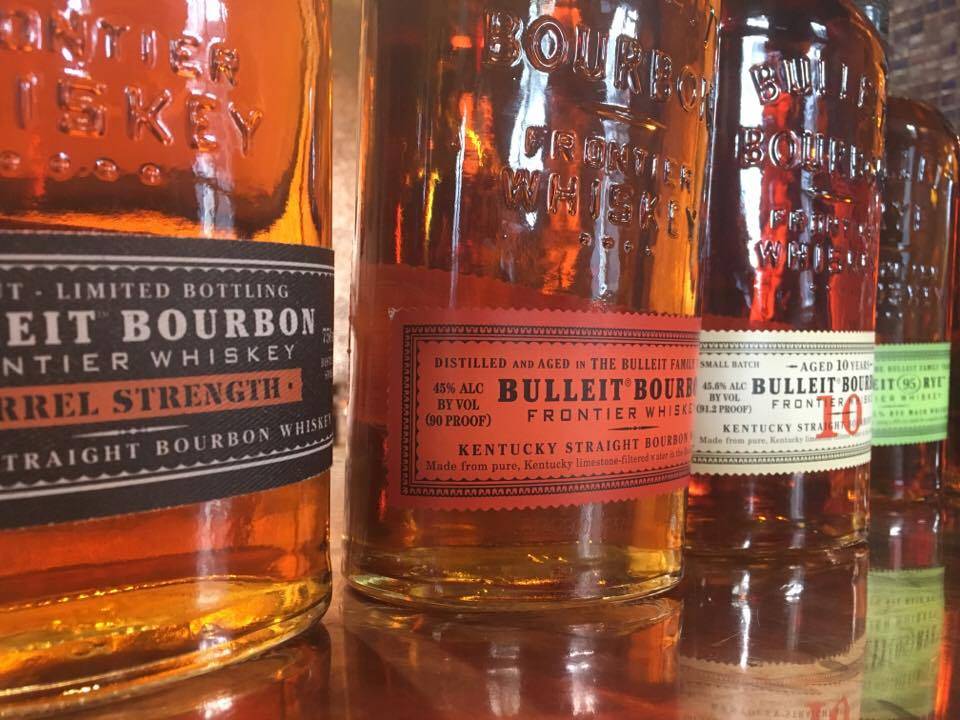 The W.L Weller company and Stitzel Brothers merged forces at the end of prohibition December 6, 1935. Their distillery, one that is now active and home to Bulleit Frontier Whiskey, was one of only six distilleries throughout prohibition still making whiskey for ‘medicinal’ purposes. This historically rich site is only a fifteen-minute drive from the centre of Louisville, and on a daily basis swarms of people line up to visit the distillery, see how their favourite brand is made, tick off their Bourbon Trail passport, and buy a bottle of Bulleit Bourbon and a polo shirt. On a busy day, there’s over 350 passionate guests from all around the world waltzing through the guided tour and tasting.

We were lucky enough to get a private tour on a Tuesday – a day normally reserved for distillery maintenance and well-earned quiet time. Our tour is with Assistant Manager of the Bulleit Frontier Whiskey Experience, Cara Tobe. Cara is passionate about Bulleit Bourbon and about whiskey in general. Her enthusiasm for the Bulleit family and the industry as a whole is contagious, and she doesn’t mind showing us behind the curtain on her day away from public duties.

We were taken through the various pitfalls as well as the historical pronunciations of Bulleit Bourbon and American whiskey in general, including Tom Bulleit first distilling his own version of a family spirit in 1987, to producing through a tougher climate for a decade, to then having the brand blossoming to become a global one from 1999. This story ended a positive one, but on the flip side I couldn’t help but think about how serendipitous it is that the whiskey industry is in the great shape it is today. Whiskey in America was on its last legs, and I’m not talking about the prohibition. In fact, at that time you could argue more distillers, legal or not, were spawned. What I’m talking about are the effects post the 1970’s.

The 70’s were a time in America’s drinking history where great change was evident. Stateside, vodka had taken over whiskey as the number one selling spirit. This trend continued through the 80’s and into the 90’s, which is referred to today as the ‘Bourbon Depression’.

It’s not until the return to more flavourful spirit categories in the mid 90’s that see Bourbon’s return to favour. Many attributing this rise to the cocktail culture itself, and the necessity for American whiskey in now fan-favourites of the Manhattan, Old Fashioned, Mint Julep, and Whiskey Sour.

Our tour of the distillery and the conversation about the whiskey industry as a whole touch on the many highs and lows of how it got to be where it is today. Emotional lows and inspiring highs were brought together in one instance, where a devastating fire in 1997 of the competition’s distillery at neighbouring Heaven Hill put them on their knees. In the end it brought the local industry closer, with nearly all of the neighbouring distilleries offering help in the way of time on their own stills for production so Heaven Hill could get back on their feet. After the hard generations before then, it seemed the whiskey industry were all in this new fight to the top together.

Nowadays, the American whiskey industry, and Bulleit Bourbon in particular, continues to thrive. Distilleries, now mostly all legal, are everywhere in the U.S, and are not solely reserved for the traditional states of Kentucky and Tennessee. For example, just outside of Austin in Texas you can get barbeque wood smoked barley spirit from Andalusia Whiskey co. which is, for lack of better terms, a truly American ‘scotch’. You can even get delicious sour-mash whiskey as far as Seattle at Batch 206 distillery.

American whiskey is on the rise, and there’s no brand better situated than one that works so hard to be at the forefront like Bulleit Bourbon Whiskey.

Bulleit Bourbon prides itself on being the Frontier Whiskey, which is branded in the glass of every bottle. A motto, initially founded on forging new geographical frontiers in its production as well as highlighting rye grain in great quantities, today means supporting global artisan producers who are metaphorical frontiers in their respective fields. You only have to Google the Noble Denim Project to get a feel of the brand’s values.


Bulleit Bourbon itself has recently broken through the one and a half million cases worldwide barrier. In neighbouring Shelby county, a newly opened Bulleit Bourbon distillery and ageing facility is set on 300 acres of land, and which is already being eyed for possible expansion –it only opened last year!

It makes me proud that I, as a bartender, have been a small part of a resurgence of a legendarily historical category of spirit. The cocktail movement, in particular the classic cocktail movement, is one of the reasons brands like Bulleit Bourbon as well as smaller ones across the USA are proudly stocked worldwide.

Our few days in Louisville was more than enough to open my eyes to the breadth of flavour American whiskey encompasses. Louisville itself is a charming place, teaming with southern hospitality, bartenders that truly care for this national spirit and know how to mix a mean Mint Julep (cue Silver Dollar), not to mention the really, really good chicken (cue Royal’s). 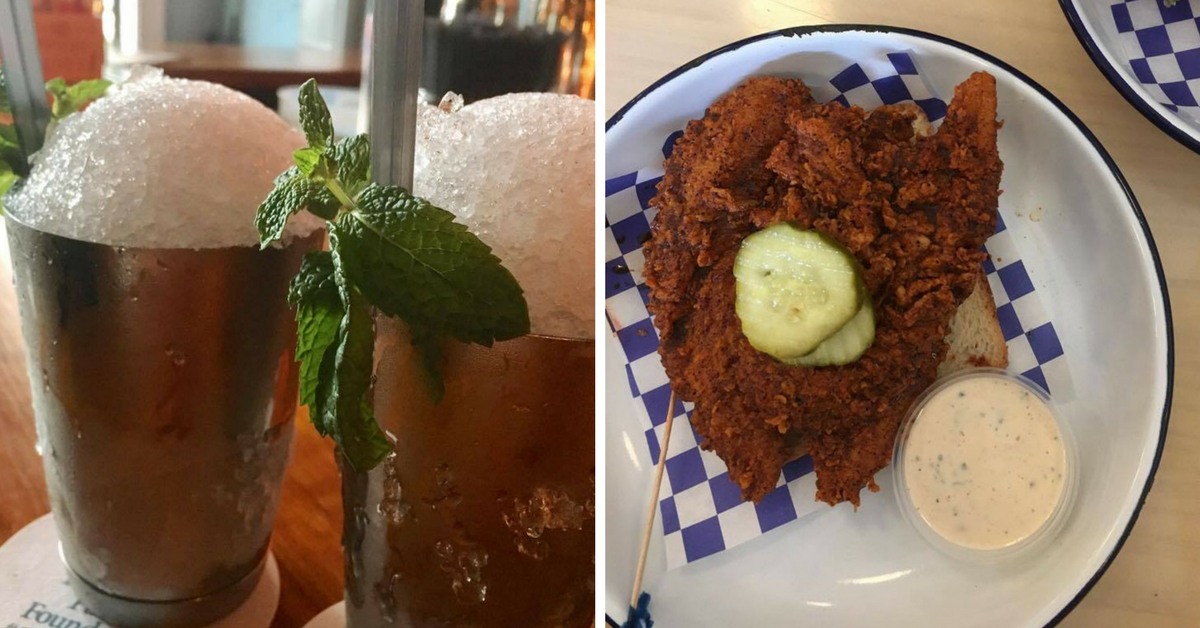 Times are changing in Lou-ee-ville and I’m glad I got to see a side Hunter S Thompson never did. Maybe next time I’ll brave that first Saturday of May and see what that big horse race is all about?