UNDER THE SURFACE IN NOLA

It’s easy to assume New Orleans’ cocktail culture is caught in a time warp; a place where the same old dive bars are uninspiredly bashing-out the same old concoctions tourists travel for and flounder over. These – once relevant – cocktails have become like photocopies of photocopies, and have eventually subsided into irrelevant, overly sweet, and under-complicated gestures of drinks that are far from the original’s intention. Shortcomings as such are of course magnified when the ocean of industry big-wigs, cocktail chin-strokers, and enthusiastic bar folk arrive in town to fill New Orleans’ hotels, Airbnb rentals, and couches for one week in July during Tales of the Cocktail.

Most visitors don’t leave the legendary six-or-so square block of hedonism that is the French Quarter. But with such shallow investigation to the cocktail scene, it’s easy to assume the mass of cocktails in New Orleans are lousy. However, this is not the case but it means New Orleans needs to be navigated with care. The unlearned needs a guide to be enlightened. 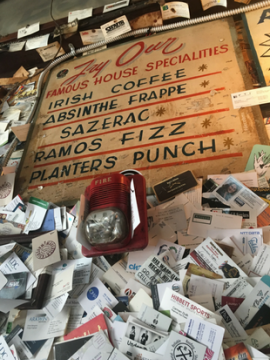 Ideally, you would know someone like Ricky Gomez. As a Big Easy native and former World Class USA Champion, Ricky is the perfect guide for showing me around his city. I met him when we competed and BFF’ed back in the global World Class finals held in Rio De Janeiro, 2012. Ricky is the sort of guy that is generally right when it comes to suggesting delicious. I say generally right, as he is the same guy that attempted to sway my opinion on the matter of broiled oysters (Google them). But nobody’s perfect.

Ricky recently donated his two cents to an article featured on makeitworldclass.com, which highlighted the places locals eat and drink in the Mardi Gras city. I met up with him recently in his hometown to get a deeper insight as to what to see, do, eat and drink whilst in New Orleans, without coming away from the experience pessimistic.

After a couple of nights spent with Ricky over-opinionated debates, live music, cocktails, cake, and not a single broiled oyster, I’ve come up with a list of must-do zingers for your consideration and consumption.

Historically famous for popularising two of New Orlean's most famous drinks; the Sazerac and Ramos Gin Fizz. The latter, a cocktail which due to its protracted methodology, generally earns a customer a raised eyebrow of fury from the bartender when ordered, is quite the contrary when ordered in this stunning hotel bar. Its request is always met with optimism, enthusiasm, and a balanced result. Skip the Grasshopper at Tujague’s and get your dairy-cocktail fix from this NOLA icon instead.

Tropical bars get a pretty bad wrap from ‘serious’ cocktails bars. Over-the-top garnishes, two-dimensional flavor profiles, and inappropriate amounts of fire, generally are the chief points of contention. Latitude 29, owned by Beachbum Berry, unashamedly has all of that. The difference is that it’s done really well. Latitude 29 is not only a place to get a delicious take on a Junglebird, but it also boasts a helluva’ collection of tropical literature and memorabilia. I’m a self-confessed tropic-skeptic, but I loved it. You can safely skip the Hurricane at Pat O Brien’s and bee-line it for a Passionfruit Bee’s Knees at Latutide 29. 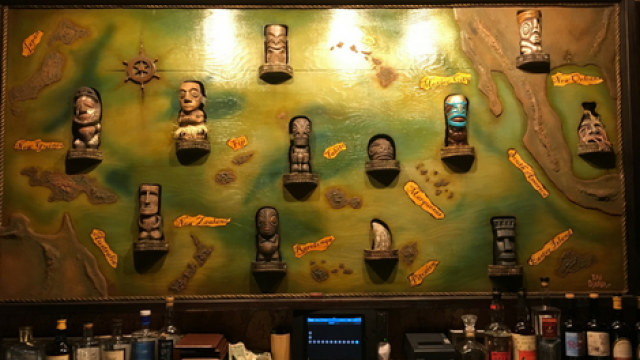 Executive Chef and Owner Nina Compton’s restaurant is only a mile away from the swarms of fried incarnations of creole found in the French Quarter, though her food is figuratively on another planet. Influenced from her St Lucian heritage, Compére Lapin (translating to Brother Rabbit) is equal parts Caribbean, Creole, and fun. That coupled with an exceptional cocktail list and a beautiful dining room means there’s no better place to eat in town right now.

Most in-the-knows get to Bacchanal at some point during a stretch in New Orleans. I’m told it now sits pretty evenly populated with tourists and locals – and for good reason. I’d definitely suggest hitting up their outdoor garden before 6pm most days for a table, and happy hour from their shiny, and welcoming cocktail bar upstairs. Oh yeah, and did I mention the cheese? There’s really good cheese, so make sure to get some of that too.

This place does exactly what it says on the tin; this equal parts bakery and bar makes it the perfect spot for a poste-dinner nightcap. 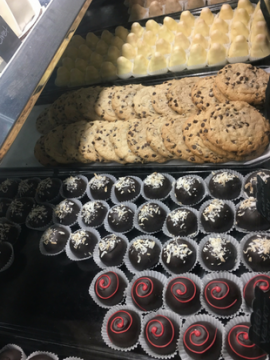 Their cakes are good, but the cocktails are worth the trip alone. I’d recommend getting to Bakery Bar just before last call when their staff dose out the day’s remnants of (extra salty) chocolate chip cookies and pints of milk to the finals patrons of the evening. I did exactly that and broke every food and drink matching rule by having a La Louisiane (Bulleit Rye, Benedictine Sweet Vermouth, Herbsaint), with a side of milk and cookies.


There’s a lot to love about a city that seems to have a different festival going on every week, but it’s easy to fall into the trap of box-ticking in a city with so many icons. Truthfully, the drinks on Bourbon St generally leave a lot to be desired, unless that desire is to dose up your blood sugar. However, this swampy tide is turning and for anyone who is visiting this city I urge to scratch further under the surface. New Orleans’ food and drink culture is breeding an inspiring generation of new talent that embraces its cities roots, as well as keeping an eye on prominent trends.

There’s reason the city became the legendary city of cocktails it is today. Reserving judgement until properly measured, and or having the friendship of locals like Ricky Gomez, is the key to getting the most out of any city, not just New Orleans.

Method:
- Add all ingredients (except soda) to cocktail shaker
- Add ice and shake vigorously for 45 seconds
- Add soda straight in to cocktail shaker
- Hawthorne strain cocktail in to chilled highball glass from great height to achieve soufflé effect.
- Garnish with aromatics of heavily infused chamomile tea misted over the top. 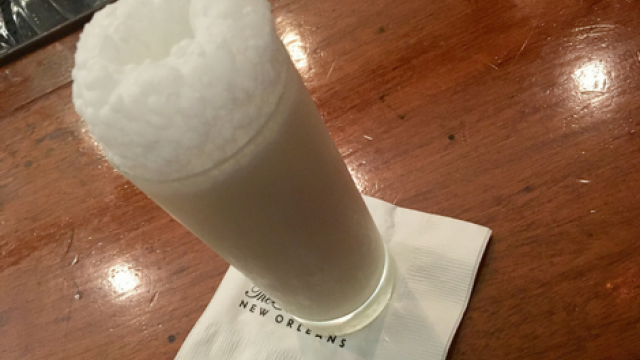