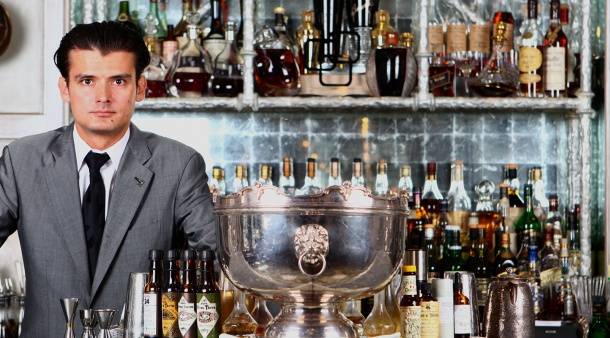 Originally from Slovakia, Erik has lived in London for seven years. His interest in mixology stemmed from childhood experiences working with his grandmother who was a fantastic herbalist.

From 16, he began making his own tinctures and teas and it is this understanding of the complex interaction of herbal chemistry that laid the foundations for a great mixologist. Stumbling across the art in Prague, Erik was captivated and has since worked in the Czech Republic and Bratislava, expanding his skills before moving to London, working his way from the bottom to become head bartender at The American Bar at The Savoy. Having visited Japan a few years ago, where everyone is treated as a five star guest, he understands the ceremony in bartending: it is a philosophy of etiquette, his guests aren’t there just to remember the drink but to remember the night.

Following his win in 2010, Erik has been the recipient of numerous prestigious accolades including Bartender of the Year by Conde Nast Traveler US and Best International Bartender from Tales of the Cocktail, a world renowned industry event held in New Orleans, LA. Erik has worked on a myriad of interesting projects such as consultant and head bartender for Petra Eclestone’s lavish wedding, consultant on the casino scene for the new James Bond film Skyfall and working with Cartier to create a signature cocktail for a product launch. Later this year, he plans to consult with a bar and restaurant group in Jakarta.