Back on the cocktail circuit

Aubrey Sim is a Singaporean bartender who has worked at popular boutique outfits like whisky bar B28 and before that, the now-closed Klee. She is the winner of the inaugural Diageo World Class Singapore programme in 2009 and is the only female bartender to have represented Singapore at the Global Finals. Here, she recounts her experience bartending at one of the city’s most high-profile F1 parties in 2012. 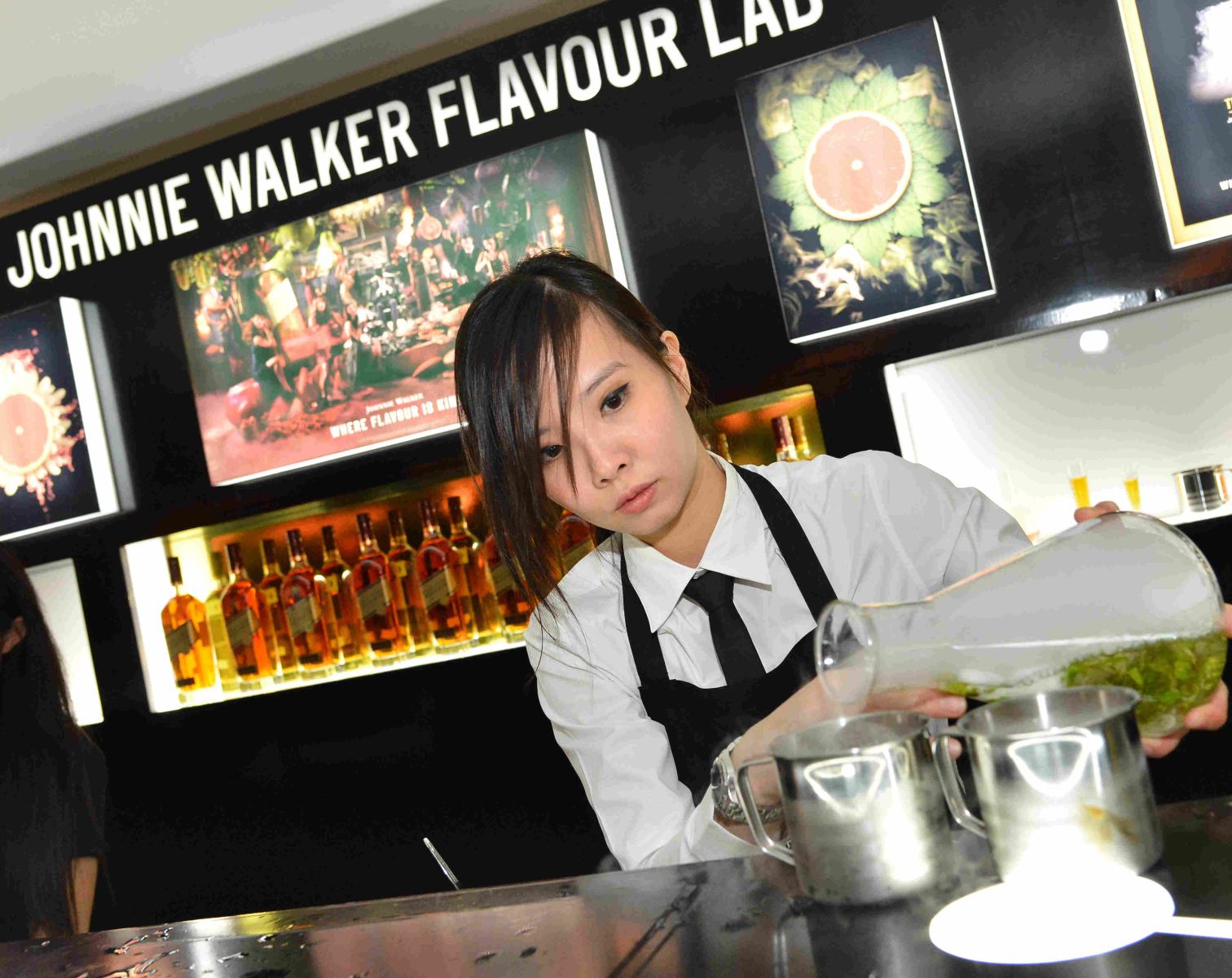 Having been out of the game (Johnnie Walker F1 parties) for the last three years, it felt good to be involved in the Circuit Lounge party last year. This time around, with a view of creating a more interesting cocktail experience for party goers, we launched Flavour Lab, a separate corner for Johnnie Walker fans to experience the whisky in a slightly unconventional form.

The cocktail experience was different to anything we thought our fans had experienced before – we didn’t just serve drinks; there were also unique snacks made with Johnnie Walker and some innovative ingredients.For a start, there was a Black Forest inspired ice-cream, prepared using Johnnie Walker Gold Label, cherry brandy and rich creamy chocolate, whisked in an industrial-sized (and I mean industrial-sized) mixing bowl with the help of a little liquid nitrogen, to achieve a cold, creamy consistency.

Zachary De Git of Tippling Club whipped up Pina-Colada-inspired popcorn, the big attraction of the night, with Johnnie Walker Gold Label and coconut cream, frozen in a liquid nitrogen bath.

Diageo World Class Singapore 2012 winner and bartender Aki Eguchi displayed his meticulous Japanese bartending techniques by taking on the only cocktail served in its traditional liquid form at the Flavour Lab.

As luck would have it, we all got on brilliantly, even though it was the first time we were working together on an event, so getting prepared for the big cocktail night was more a pleasure than a chore.

Between Aki’s experience and Zac’s attention to detail, one would have been hard pressed to find a glitch in the system. Breaking the near-clockwork precision of our prep routine at one point though, was the boys’ attempt to move the mixer across the bar (nearly putting out their backs in the process) which provided some light-hearted moments during the afternoon.

During service, I was endlessly amused by the novel way in which we took drinks orders; guests interacted with a touch-screen digital flavour profiling system not unlike that of Japanese ramen stalls. Especially since figuring out guests’ cocktail preferences is usually my job. As the night wore on and the crowds started streaming in though, I became grateful for the machine, as there are only so many people one can talk to at any one time.

After two days of being part of such a big, intricate production, I was tired but extremely glad I had got out there and done it.