Last month, I had the honour of being asked to speak about cocktail technique at the Bar Convent in Berlin, Germany. The topic is near and dear to my heart, as I’ve just published my first book all about the A to Z of cocktail techniques.

One thing that I tried to stress during my talk, to some 400 bartenders from all over the world, was this: there is an unbelievable amount of misinformation and mythology being passed down from bartender to bartender and it is up to us, the current generation of bartenders, to sort out what is real and what is myth.

So I’m going to share some stories from my time spent behind the bar to help shed some light on what is real and what is, as they say, a myth. 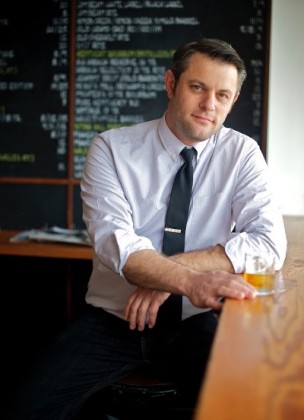 Back in 2001, I had the fortune of leaving the nightclubs, pool halls and dive bars I’d been working in for the past five years and move up into fine dining using quality spirits and fresh ingredients. Having been a student of the craft for quite a while, I was eager to show off my knowledge so I decided to put my favorite drink at the time on the menu: a mojito.

Being the only bartender in a 100 seat-restaurant, I quickly grew to regret my decision. The drink was extremely popular and I was being bogged down by a hundred Mojitos a night. So I had the brilliant idea of making a mint syrup to help manage this hefty workload. I was convinced of my brilliance - steeping fresh mint into hot simple syrup, infusing the flavours. I quickly learnt the error of my ways and those of you who have tried this will know the disaster I faced.

The enzymes in the mint reacted with the oxygen in the air to produce a mint syrup that was less green and more blackish-brown. I tried not to panic as I poured in a generous quantity of melon liqueur in order to change the colour back to green...after that ordeal, I decided to shelf my ambition until I cleared the 99 order backlog.

The lesson I took from this was to always consult with the kitchen when working with fresh ingredients. Had I spoken to our chef at the time, he would have informed me that the proper technique would be to blanch the herbs first, which would result in a beautiful syrup that would remain fresh and green for weeks. So in the interest of saving time - get to grips with the techniques that will help save you time behind a busy bar.

This might be the most common myth in the culinary world. I can’t think of anyone who hasn't been told at some point that lemons at room temperature, rolled on the counter with the palm of the hand will yield more juice than refrigerated, unrolled lemons. Well, when it came time for me to write my book on cocktail technique, I decided to put this to the test.

The results were contrary to what we’ve all been told over the years.

As it happens, lemons that have spent time sitting on the counter at room temperature and then rolled will actually yield less lemon juice than the same lemons that have been left in the fridge. I can only assume that the reason for this is evaporation, as the juice can easily escape the thin skin of the fruit.

This is a really handy tip for the more efficient bartender who’s looking to maximise the yield from his ingredients.

This is definitely the age of artisan ice. Crystal-clear, hand cut, made pure by reverse osmosis.

But along with ice’s super hip reputation comes a world of misinformation. What seems magical and mysterious to some can easily be explained - in fact, science even has a word for it: thermodynamics.

One late evening, I was forced to listen to two well-regarded bartenders explain to me - in great length - that handling the mixing glass while stirring a cocktail will radically change the temperature of the drink. I attempted to explain that glass is a very poor conductor of heat so this couldn’t be the case. Unfortunately the reasoning of science fell on deaf ears.

Another late-night discussion with a couple of bartenders had them trying to convince me that higher proof cocktails need to be stirred for less time. Their rationale was that the high alcohol content will melt the ice more quickly, as it is “hot”.

The truth of the matter is that ice doesn’t know, nor care, how spicy a particular spirit is on your tongue. The only thing that matters to the ice is the temperature of said spirit, and the temperature of the ice. Again, thermodynamics.

These are just a few of the myths I’ve debunked throughout my bartending career. My book aims to capture as many of these untruths as possible and right the wrongs so that I can help educate the learned bartender.

The main thing to take away is this: taking for granted everything we learn, particularly when we learn it orally, isn’t helping move the craft of cocktail making in the right direction. Only when we discover the real truth and continue the conversation of cocktail technique will we all have the ability to make consistent, well-constructed drinks at home and in our bars.

Want to get up to speed on all the myths? Click here to get Jeff Morgenthaler’s new book,‘The Bar Book: Elements of Cocktail Technique’

Jeffrey Morgenthaler manages the Clyde Common and Pepe Le Moko bars in Portland, Oregon and aims to educate the new generation of bartenders moving through the ranks. Keep up to date with Jeffrey: @jeffmorgen 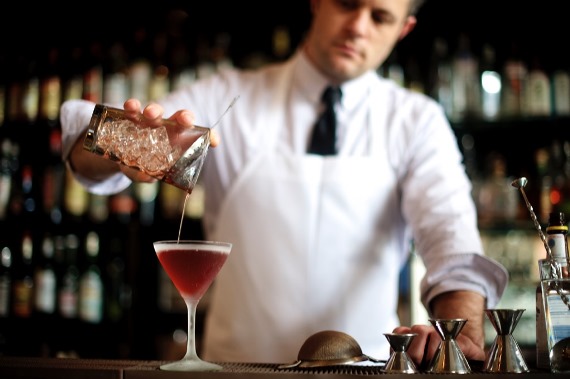