Ted AKA ‘Dr. Cocktail’ Haigh, author of Vintage Spirits & Forgotten Cocktails, once told me that when bartenders first started adding bitters to mixed drinks, it was like adding Pepto-Bismol, or some other over-the-counter stomach remedy, to a cocktail.

To explain Dr. Cocktail’s analogy, the first bitters ever created were made for use in medicine, not as flavour enhancers for the drinking class.

But as we move forward in the 21st Century we find ourselves asking the question - who was the first bright spark that dashed a few drops into a cocktail? 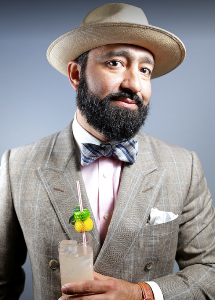 Bartenders all over the world seem to be vying for the title of ‘Mad Scientist behind the Bar’ when it comes to using ingredients that might make our forbearers balk.

In recent years I’ve seen drink recipes that called for vegemite (the Australian yeast-based spread with a bold beef-broth flavour), squid ink, marshmallows, candy floss (cotton candy) and truffle oil to name but a few. There are also lots of drinks made with spirits that have been infused with bacon, herbs, peanut butter and even leather.

When American bartender Payman Bahmani was working at the Library Bar in Cyprus last year, he came up with a new way to make a ‘Dirty Vodka Martini Cocktail’ that wasn’t as in-your-face as the regular versions.

He fat-washed his vodka with extra virgin olive oil. Payman was worried the “delicate olive oil flavour wouldn't come through” but it did. He went on to add a little salt and some Spanish sherry to his ‘Not So Dirty Martini Cocktail’, resulting in a very fine drink, indeed. 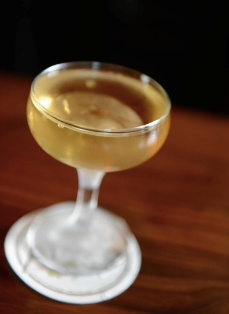 Method: Combine olive oil and vodka in a jar and cover. Allow to infuse for five hours at room temperature, then freeze for another two hours. Remove frozen fat that has risen to the top and fine strain through a coffee filter to capture any residual olive oil.

Method: Stir over ice and strain into a chilled coupe.

In the UK, there are two mixologists using unusual ingredients that I’d like to call out. Michael Stringer, who works with Black Leaf Events, for instance, likes to add some GUINNESS™ West Indies Porter to a drink that he calls ‘The West Indies Pearter’.

And we all know, porter isn’t an easy product to incorporate into a fashionable cocktail.

However, Michael shows us how to nail it and his ingredients come together in harmony - they’re loud enough to drown out the whole orchestra! 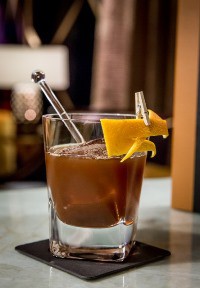 1 x Slice of pear and a cinnamon stick, as garnishes

Method: Build all the ingredients except the Guinness in a handled, 1/2 pint glass over cubed ice and stir briefly. Float the Guinness on top of the drink and add the garnishes. 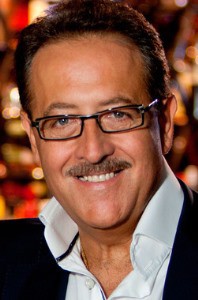 The other top-mixologist in the UK who likes to surprise us over and over again is none other than Salvatore Calabrese; straight from the Salvatore bar.

Known by millions as ‘The Maestro’, Salvatore never stops thinking of new ways to approach the craft of the bartender.

He invented a new style of negroni cocktail and to put his own stamp on the drink. He made espresso using sweet vermouth instead of water and with the resultant coffee-flavoured vermouth he made the drink he dubbed ‘Negroni Svegliato’ (a“woken-up” negroni).

It’s only recently that I’ve noticed salt being used in cocktails and mixed drinks. Both Jay Khan, who works at The Blck Brd in Hong Kong S.A.R China, and Eric Giger, from The Neighborhood bar in San Diego, dissolve their salt in water before using it as an ingredient and they swear that this raises the bar, as it were.

They say the saline helps to suppress some of the bitter flavours and also helps brighten the drink slightly. And Eric, who’s signature ‘Jalisco Stroll’ cocktail is a simple mix of tequila, dry vermouth, herbal liqueur and saline solution; he says that, “the salt in the cocktail mellows the bitterness of the herbal liqueur and enhances the sweet notes of the tequila, bringing a nice balance between bitter and sweet.” 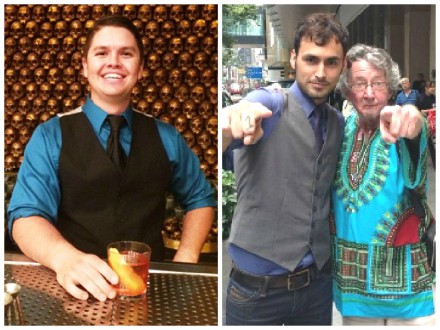 Gaz Regan is based state-side and can be found behind the bar at the Dead Rabbit from time to time. To keep up-to-date with him check out his social media pages @gazregan and Gary Regan on Facebook.