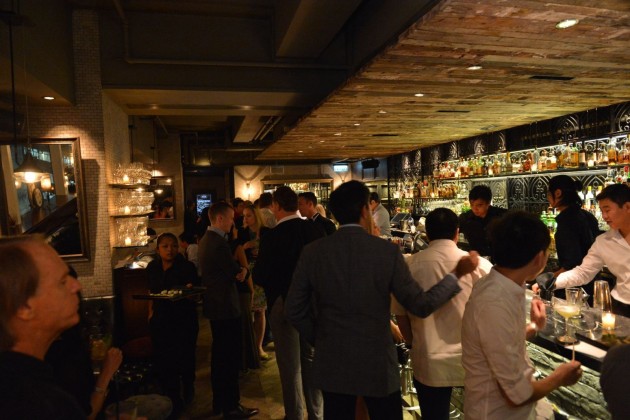 As we head into the second decade of the 21st century, there is a movement in the modern drinking culture around the world. This is even more pronounced in Asia, where the diverse and deep-rooted cultures of the East are blending elegantly with new global trends. Hong Kong S.A.R China, uniquely positioned to take advantage of these changes in drinking culture, is today is one of the most interesting cities in the world from a drinking perspective. Whether you want to explore the world of wines, avant-garde cocktails and rare spirits, or search out local and imported craft beers, there is something for everyone.

Hong Kong S.A.R China has long been a melting pot of cultures, originally British merchants and traders, mixing with a hardy, proud local community, and more recently adventurous business expats. This is reflected in the city's drinking culture. Hong Kong S.A.R China has very much been a trading post city with a rich and decadent underbelly of drinking, dining and myriad other vices that transient folk are searching for. Like other great cities that were shaped when Western and Eastern cultures merged, it has always been a city where the most decadent of experiences can be found, and where it is very easy to never see the light of day.

Hong Kong S.A.R China's unique mix of history and population – local Hong Kongese, British culture, international expats, and recent Chinese influence, has shaped a cocktail consumer base that is a step ahead and unique, among cities across Asia.

Simon Dang, Group Operations Director for Maximal Concepts, the group behind some of Hong Kong S.A.R China's best bars such as Brickhouse, Blue Butcher and Play, and who has been at the heart of the bar and club scene for the last 17 years, recalls; “When I started, drinks, garnish, glassware or spirit weren’t important. We were more focused on how quick to make a drink.” Other than some classic cocktails and G&Ts being served to the older expats in British colonial bars, there wasn’t a lot in between. Despite this, Hong Kong S.A.R China always threw up an unexpected encounter on any night out, whether stumbling across the hidden legend that is Gecko, or discovering that Hong Kong had a rocking private members club in Kee Club.

The Hong Kong S.A.R China cocktail scene today is full of pioneers. Operators who have spent time overseas, such as Calvin Ku of the Buzz Group, returned to a booming Hong Kong S.A.R China, full of ideas and concepts to find, as Calvin recalls, “A growing community of expats and locals were returning and demanding more diverse choices, improved service and experiences”.

There is a community spirit building through industry events, and investment from the drinks companies are helping promote the professionalism and aspirational qualities of a career in the drinks trade. Quality industry publications are also now providing the platform and forum to encourage debate, provide learning potential and play their role in ensuring that the drinks culture in Hong Kong S.A.R China will continue to surprise and entice me everytime I visit.

By Andy Gaunt for Drinks World Asia, a quarterly trade magazine for the Asian beverage industry.