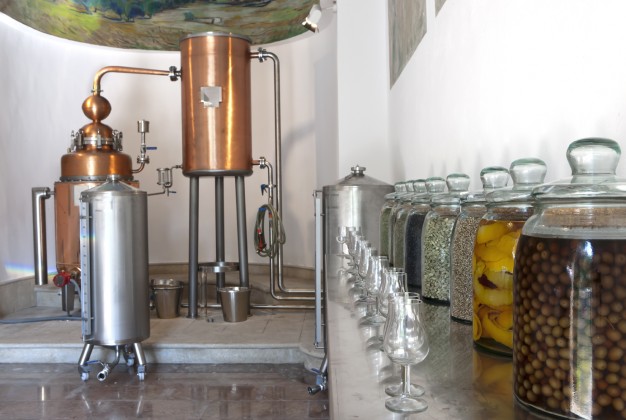 Gin. It is difficult to think of a three-letter word with more weight than that one. Gin has endured it all, and it’s hitting the 21st century running: with modern mixologists re-embracing its nuances, differences, and flavours. Craft distillers the world over are moving from the cash cow of vodka, spending small fortunes on unique botanicals, custom-built stills, and serious marketing dollars pushing what was once the most widely drunk spirit in the Western world back into prominence. Bartenders too, are following suit. If you aren’t already familiar with gin, its time to start learning.

Boiled down – or distilled, if you prefer to be poetic – Gin is a base spirit (usually vodka) infused with the flavour of juniper berry and almost always, other herbs, fruit, and spices called botanicals.

As with most famed spirits, gin comes from humble beginnings. When the Dutch discovered that distilled spirits were much cheaper and easier to transport than wine or beer, they started distilling everything they could, and as pure as possible.

The Dutch word for Juniper is ‘Genever,’ the British never were good at pronunciation, even in their own language, so when this ‘Dutch courage’ got to their shores, the name was shortened, to ‘Gin.’ And they liked it. A lot.

By the middle of the 1700s, distillers set about to improve the quality and flavour by adding lemon peel, cinnamon and other herbs, as well as increasing the quality of the distillate. Thus was born London Dry Gin, and with it the big names still in use today. Many a bartender today would swear by a centuries-old brand like Tanqueray, Gordon’s or Beefeater.

Gin was ready for the world, and with the colonial powers expanding their empires at a breakneck pace, the world was certainly thirsty – and ready for gin. The British stationed in India were required to consume bitter quinine in the form of tonic water to combat malaria. It tasted terrible, so they added gin. A continental curiosity called vermouth would often go off on the journey to America, so they added gin. And then bartenders came into being, and gin arrived at its golden age.

Helped by classic cocktail revivalism, bartenders – and their dutiful patrons – are keener than ever to taste the differences between styles, distillers and cocktails. As in the golden age of bartending, purveyors and consumers are moving away from the instinct to cover the flavour of a spirit with mixers, and instead enhance the natural subtleties of spirits like gin. Consumption is up all over the world, and as more and more craft distillers experiment to fill that need, the quality of gin has nowhere to go but up.