As bartenders, one of our biggest influences are chefs. Whether it's through flavour pairing or culinary techniques, many of the best modern cocktails have been inspired by food and cooking. Learning different bartending techniques often involves tinkering with new equipment so after much experimenting, I'd like to share what I feel to be some of the best chefs tools, and how they can transform your cocktails!

This space-age bit of kitchen kit is the Swiss army knife of the modern kitchen. Not only will it blend, chop, puree, emulsify, grind and stir - it also has a built-in heating element that can be set from 37º - 120ºC in 10ºC increments. Couple that with a set of built-in scales and the fact that you can spin the blades in reverse so as not to cut up delicate ingredients, and you have an extremely versatile piece of equipment.

At over USD1,000, it’s a lot to spend on a blender, but if you're the sort of bartender looking to prepare warm cocktails like Hot Buttered Rum and Egg Nog to perfection, here is a device that allows you to precisely mix, emulsify and hold a temperature for as long as you need without overcooking its contents. I’ve also used mine to create heated macerations that are infused at precisely the right temperatures so as not to extract the bitterness or astringency of the cocktail ingredient. 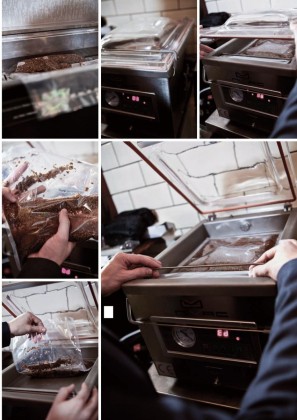 Any modern chef worth his salt will be more than familiar with the process of sous vide cooking, but few bars or bartenders have really adopted the technique.

The sous vide supreme range of equipment is an affordable solution for infusing spirits and syrups with selected cocktail ingredients at a highly controlled temperature and without the presence of oxygen based spoilage.

At the Worship Street Whistling Shop in London our bartenders have been using a vacuum packer and heated water bath since we opened, to make a lavender and honey infused shrub with cider vinegar. The controlled temperature means we extract exactly the positive aromatics we want from the lavender and nothing else. 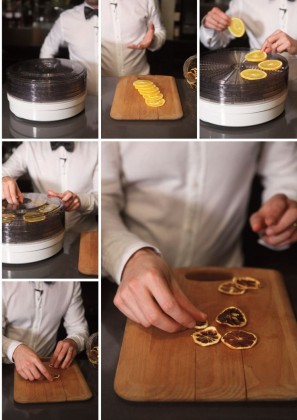 Ovens are very difficult to control at low temperatures, so if it’s the controlled drying of a product that you’re going for, a dehydrator is hard to beat.

Dehydrated fruits can be used as cocktail garnishes, turned in to powders, or made into liquor through the addition of alcohol and sugar. You can also dehydrate syrups to produce flavoured sugar crystals that can be used to make cotton candy, or dusted over a drink.

The best dehydrators have a control dial on them that allows you to select the temperature based on whether it’s a flower, herb, fruit, or meat that you’re drying.

The bartending industry prides itself on cold drinks served quickly, so it amazes me that more bars don’t have a blast chiller behind the counter. Actually, it doesn’t amaze me, since the cost is usually upwards of USD4,000. However, you simply cannot underestimate how useful one of these contraptions can be.

Designed only for chilling, not storage, think of a blast chiller as a common refrigerator, only with the armour of a tank and the engine of a Lamborghini. The blast chiller fiercely circulates cold air around its insulated compartment and can chill a case of wine in under ten minutes. Bartenders can also use a blast chiller to set jellies quickly, chill syrups or infusions fast and set foams to a partially frozen meringue - Also, some blast chillers can get down to -40ºC, which is cold enough to freeze even spirits and liqueurs.