As the World Class Global Final approaches (4 – 9 July 2013), it’s an opportunity for me to think about how the competition has evolved over the last five years.

The very first World Class wasn’t even a Global event; it was only based in the UK, and had a very different format. Sixteen British bartenders turned up with their passports and took part in a cocktail event in London to decide which eight of them would get on the plane to Dublin the next day. There, they fought for the chance to fly to New York City with only four places up for grabs, and only one could return home with the prize.

The idea was so popular that it was decided the competition should open its doors to the world’s best bartenders and the first truly global World Class competition sprang to life. We thought that it would be too cruel to invite people from far flung corners of the world, eliminate them after one round and send them right back home (that could be a very long, painful round-trip). Instead the plan was to would keep everyone together for the duration of the competition.

So in 2009, Diageo Reserve invited 18 countries to send their finest bottle-slingers to fight it out at the first World Class Global Final in London. Our theme was ‘Hidden London’ and we hosted the bartending challenges in secret locations; back-room bars through wardrobes and even held the awards ceremony in a secret underground Masonic Temple. Our first winner Arisotelis Papadopolous was the formidable champion; he brought all his experience to bear (he is a legend in Greek bartending) and was indeed a worthy winner.

There were six challenges that year, some of which have endured throughout five years of the competition. At the Global Final, we have always wanted to test our bartenders across a wide spectrum of tasks to assess their knowledge, physical and technical skills, presentation ability and how they work under pressure. 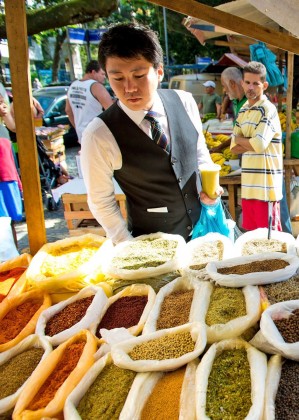 Every year there has been a ‘Market Challenge’ and this has often involved sending the bartenders out into the wild armed with a handful of cash and a shopping basket to uncover something unique and creative. The shopping locations have ranged from Europe’s biggest organic supermarket, to a Rio street market and this year we’re letting them loose in St Tropez. Last year Tim Philips (World Class Bartender of the Year 2012) met a ‘magic chicken’ in the market that, he claims, told him the recipes for his cocktails so it’s amazing what you can find. It could have been the secret of his success in winning last year.

Classic cocktails are part of the foundations of bartending so they have always featured in the competition either as a dedicated challenge or evolved when the bartenders were asked to prepare ‘Twisted Classics’ or ‘Retro-Chic’ cocktails in Rio. We also looked back in time at some of the historic inspirations for bartending in our ‘Gentlemen’s Drinks and Fancy Tipples’ challenge in Delhi in 2011. That year Manabu Ohtake brought his unique fusion of Japanese technique and performance skill, to take the top honour.

Cocktail pairing with food has always been a consistent task and in Athens we were lucky enough to work with the team from Nobu Matsuhisa’s restaurant and the great chef himself was present for the Global Final week in 2010. Erik Lorincz, who won that year, was incredibly consistent across all the challenges. This year for our food-led challenge, we will be taking the finalists to Ibiza town for an on-the-spot Tapas tasting. 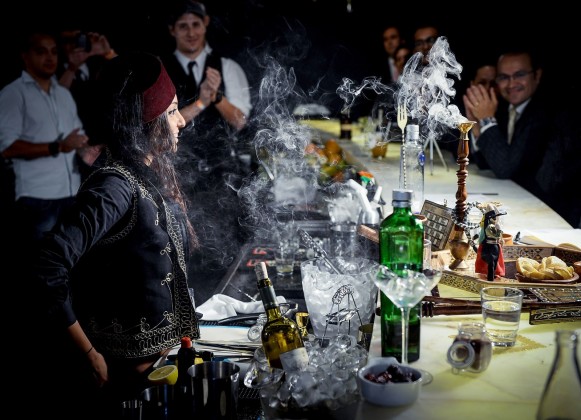 Working under pressure is one of the marks of a great bartender and in different formats, World Class has always had a ‘Speed Round’. One of the most memorable performances for me came from Heinz Kaiser in 2010 and 2011; he won that challenge two years in a row, the first time competing with a broken wrist. Last year our esteemed panel of gurus were yelling and screaming for “one more, one more” as they kept pushing the competitors to make just one more cocktail and cram a drink into every second of the challenge. This is not a challenge for the faint-hearted or the twitchy and nervous.

There has always been a theatrical challenge where I ask the bartenders to perform and think outside the glass as well as what’s inside it. In Rio, the challenge was “Hollywood, Bollywood, HHong Kong S.A.R China” and the bartenders were asked to come up with two cocktails dedicated to movies and film stars from around the world. We had the shower scene from Pyscho, Orson Wells and Peter Sellers turn up at that Global Final. This year we are taking a more European twist with the ‘Cannes Red Carpet’ angle so anyone who has walked that famous scarlet stretch can be the inspiration for a drink. 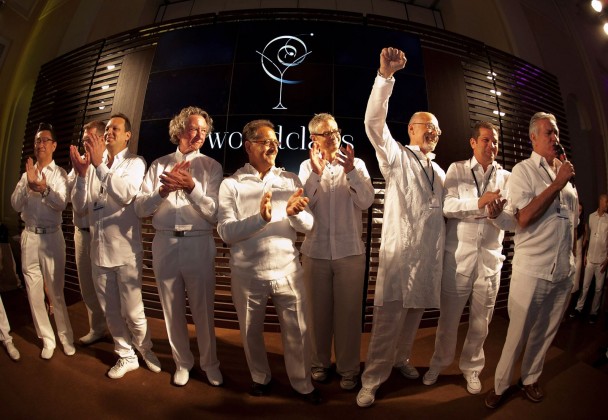 Finally, we always add in a few new ideas. This year there are quite a few but here are two of them. The first will be one unique random challenge with a deck of cards and 52 mystery boxes of flavour called Whisky Mystery. The second will be ‘Mediterranean Mastery’. It will ask the competitors to consider the region and its influence on cocktail culture. I can’t think of a better place to hold this Mediterranean inspired challenge than on the ‘Azamara Journey’ (the luxury ship which is where we are hosting this year’s Global Final) as we cruise between St Tropez, Ibiza and Barcelona.

Once again, the world’s best bartenders will be battling it out, making wonderful cocktails for the Global Final in a series of incredible locations. World Class keeps raising the bar, inspiring and acknowledging the skill and dedication of cocktail bartenders all over the globe.

I hope to see you competing at the Finals one day soon, and who knows what we will have up our sleeves for the competition then?

Spike Marchant is the Diageo World Class Global Ambassador and works on the Academy. Having held this role since the programme started, he has the task of designing the bartending challenges and hosting the Finals each year. Spike has been in the bar industry for over twenty years.