Bar owner Paul Mathew, tells us why new book, Death & Co., is a must read for any bartender considering opening their first place... 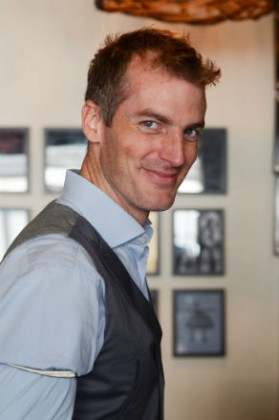 Most of you know and would have heard of this award-winning small American cocktail bar, opened in NYC in 2006. So some of you would be thinking that Death & Co is a must buy for their ridiculously good recipes alone, capturing everything that’s tasty in modern bartending, but to me, I think there’s much more to it. The accumulated wisdom of setting up one of the world’s most critically acclaimed bars gives a bartender a priceless insight into owning his or her own place.

It’s an honest account of the technicalities and challenges of opening a craft cocktail venue. So if you need inspiration or insights into the ‘how’ and ‘how not to’ then this is one to add to your New Year’s reading list…

Starting with ‘A Night at Death & Co’ we get a glimpse into 24 hours in the life of the bar. They take us through every stage; from ‘Building a Bar’ (recommending brands and ingredients) through ‘Building a Drink’ (tools and techniques), ‘Creating New Classics’ (the process of drink creation) and finally ending on ‘The Specs’ which showcases 450+ drinks from the first six years of Death & Co’s life. If you’re not buying it for bar owning tips then the recipe collection itself should be enough to tempt you.

In ‘Building a Bar’ styles of alcohol are carefully analysed, favourite brands name-checked and other ingredients are comprehensively listed. Whether you want to know more about verjus and acid phosphate, draft ice or punch blocks containing frozen fruit, it’s all in here, along with enough ideas to stimulate your creative juices until the ice wells run dry!

‘Building a Drink’ talks you through the best mixing glasses, bar spoons, shaking styles and ice-crushing techniques, again with an entertaining and passionate voice. Learning to stir a cocktail is likened to Mr Miyagi’s training sessions in ‘The Karate Kid’ (it even mentions the fabled quadruple stir), but as well as the practicalities, the book also goes into the science behind stirring, shaking, duration, ice and dilution rates, leaving you in no doubt that the owners, David Kaplan and Alex Day, have thoroughly considered every aspect of craft bartending.

Creativity - The Glint in any Bartender’s Eye

Now we move onto my personal favourite - the creative process.

The book journeys through the creation of new drinks, from names to flavour concepts, through the dissection and analysis of their peers to the final birth of the perfect serve. There’s a discussion of how to balance a drink, a flavour wheel and favourite drink affinities - pairings from apple brandy and chamomile to French liqueur and strawberry.

There’s even a section on the understudied art of naming drinks, classifying them according to categories such as ‘The Nostalgia Trip’, ‘The Genius’ or ‘The Movie Nod’, meaning you’ll be able to classify any drink from any list you see in the future! 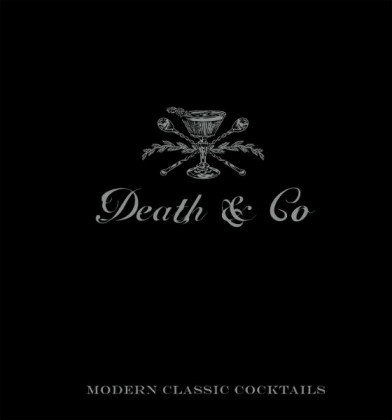 Clearly the core component of the book is found in Chapter 5 ‘The Specs’. Here they list out 450+ recipes from the first six years of Death & Co’s operation - modern classics from the ‘Oaxaca Old Fashioned’ to the ‘Strange Brew’ and everything in between.

Paul Mathew is one of the owners of The Hide in London and is in the process of opening two more venues in 2015 - he’s currently sleep deprived, nervous and very broke. Follow him on Twitter and Instagram: @wisebartender