WHAT’S IN A NAME? THE IMPORTANCE OF NAMING YOUR COCKTAIL

A bramble or a dramble; an old fashioned or a new fashioned? Does the name of a cocktail really matter? Does it make your customer stop in their tracks and say ‘pick me’? Well, General Manager of Bulletin Place, Sydney, Paul Hammond certainly thinks so – and he writes a lot of cocktail names! Have a read over his tips to ensure your cocktail name stands out for the right reasons. 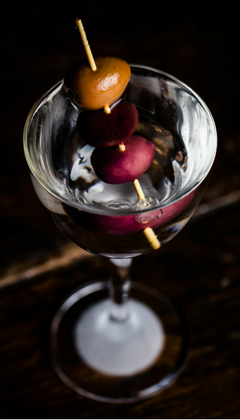 Can I have a Damajayabo please?

The name of a cocktail is the first impression your customer gets when choosing their ideal serve. It creates a window into the flavours and vibe of each individual cocktail so it needs to be a positive and accurate reflection of the serve. It can make or break a customer’s opinion of a serve and, in an instant, shape their view of your venue and whether they like it or not.

Shakespeare famously wrote that ‘a rose by any other name would smell as sweet’ and, in essence, he’s right. A daiquiri named anything else would still taste exactly like a daiquiri: a magical convergence of lime, sugar and rum. So simple but almost unbeatable. But just imagine if the iron mine where the drink was first invented wasn’t located near the beach of Daiquiri, but rather closer to the beach of Damajayabo one cove further up the coast? Would we be still be sipping on the cocktail over a hundred years later? Or would the Damajayabo have slipped into obscurity?

A badly named cocktail might not be completely fatal to its success, but it definitely won’t help it on a path to greatness. I certainly can’t imagine anyone sipping on a ‘medium dry kangaroo’. The drink in this case is, of course, a vodka martini, early recipes for which were named the kangaroo (see Ted Saucier’s “Bottoms Up”, 1951). Oddly enough, the name didn’t seem to capture public imagination – something about dusty Australian marsupials must not have seemed terribly refreshing.

Trust me… I name a lot of cocktails

At Bulletin Place, we write a brand-new list of 5 cocktails every single day we are open – which works out to be around 300 lists a year, that’s 1500 brand new drinks with 1500 brand new names! It’s hard. The first few times you’re allowed on the bar, the menus come easily. But as the weeks pass, the one or two lists that you have to write yourself each week become more difficult. 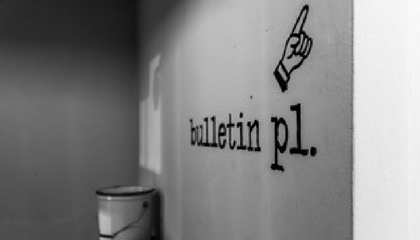 The sheer volume of the task that we undertake, and the fact that we know that our drinks will only have the life span of a day, can lead to us slipping into a few pitfalls that I would recommend avoiding when naming your own drinks! Either translating something into the language of the country where the base spirit comes from (Caliente Collins), or adding in the name of a random city from the same country, trying to show some sort of provenance (Cusco Calling) are both sure-fire signs that someone has struggled with naming a drink. By far the worst offender of these no-no’s is, of course, the pun. When used with a delicate hand, this can be an easy way of finding something to call your new creation. However, go over the top and your menu will start to look like a set of tabloid headlines. You never see cocktails with names like this lasting though. Puns are fine for a one-off, every now and again wry smile, but no good if you’re seeking longevity.

There really are no concrete rules when it comes to naming a drink, and striking the right balance is a very fine line. But there are certainly things that you should take into consideration. 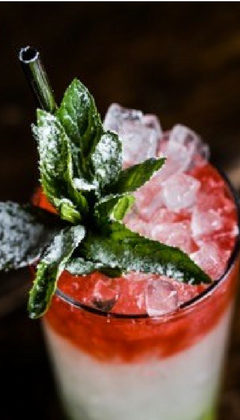 Assuming that this is a drink that is likely to go either straight onto a menu in the bar where you work and/or, with any luck, be adopted by other bars and put on their menus, then context is very important. If your bar has a theme of sorts, maybe you need to let that guide you to a degree. You won’t find a drink called the ‘Donkey Crunch’ being whipped up by elegant bartenders at a fancy hotel bar, but you will find it being slung out with heaps of attitude at an Americana dive bar. Bear in mind here though, if you want a drink to stand the test of time and be adopted up by other bartenders, it needs to be quite neutral and able to fit anywhere.

As with where, think about who is going to be drinking this anyway? The name you give a cocktail is your first opportunity to engage a customer’s interest. Alluding to a star ingredient in the name, like in the classic honeysuckle, could give you an edge. Remain true to the style of drink that you are serving in its name, but try not to alienate anyone from tasting it! There won’t be too many men that have the courage to order a pink fascinator amongst their peers. That said, don’t go too far the other way and fall into the realm of false advertising.

This is something that’s rarely thought of these days, but many classics cocktails were very simply named for a land mark occasion. The Blood and Sand, for example, was made to commemorate a movie about bull fighting.

To summarise, naming a drink is at least as hard as creating one, especially if it’s a drink that you hope may one day become a classic. There’s lots of factors to take into account, but try to come up with something that has some genuine meaning or emotion behind it. The reasoning behind the name doesn’t have to be completely apparent straight away, and certainly not to everyone, but it’s much easier to buy into something when it has substance.