KETEL ONE VODKA SWEEPS THE BOARD AT GLOBAL AWARDS 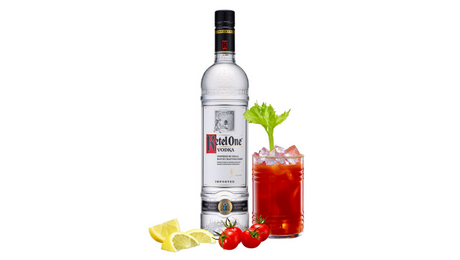 Ketel One Vodka is celebrating after being crowned ‘Best Selling’ Vodka and ‘Most Trending’ Vodka by the Drinks International Bar Report 2017.

The much-anticipated report showcases the top selected spirits by bartenders in many of the best bars around the world and today named Ketel One as the number one vodka in two categories. For the fifth year in a row Ketel One has been awarded the ‘Best Selling’ vodka title and for the third year the ‘Most Trending’ in the vodka category.

The coveted industry awards showcase the most popular spirits chosen by bartenders when preparing cocktail-classics. Ketel One is celebrated all over the world for its quality and the excellence of the liquid has now been recognised as the perfect base for a Bloody Mary, Moscow Mule and Espresso Martini cocktail.

Bob Nolet, 11th generation distiller of the Nolet Distillery, whose father Carolus Nolet Sr., created Ketel One Vodka, said: “This is such a proud moment for the Nolet family. We pride ourselves on going the extra mile to demonstrate our dedication to creating vodka of remarkable quality – we call this the Ketel One way. We’re obsessive perfectionists when it comes to making vodka and we’re proud to receive this recognition from the bartenders and Drinks International Bar Report.

We also understand that while we can produce the best tasting vodka possible, it is the bartender who is the expert who brings the magic of this liquid to life. That’s why we thank the bartenders worldwide, who’s passion and dedication to the craft of cocktail making helps to share the distinctive crisp and smooth taste of Ketel One Vodka with new audiences across the globe every day.”

Hamish Smith, Deputy Editor of Drinks International Magazine said: “Ketel One has taken the top vodka spot in our poll of top bars five years in a row. High-level bartenders are not known to be big vodka fans, with one notable exception: Ketel One. It is the vodka to stock in the world's best bars and that doesn't look like changing any time soon.”

Ketel One Vodka is inspired by over 325 years of traditional distilling expertise, which has been passed from father to son for over 11 generations in the Nolet family – all driven by a relentless pursuit of excellence and quest for perfection.