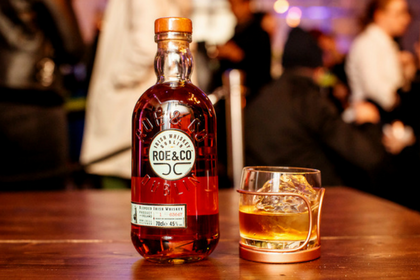 Roe & Co, Diageo’s new premium blended Irish Whiskey celebrated its European launch with 350 of Ireland and Europe’s drink, food, fashion, lifestyle trendsetters. The event took place at The Power Station on James’s Street, the site of the future Roe & Co. distillery which was transformed for one night only.

Roe & Co is made from the finest hand-selected stocks of Irish malt and grain whiskies and aged in bourbon casks. It has the signature smoothness of Irish Whiskey with remarkable depth of flavor - a luxuriously smooth blend, with a perfect harmony between the intense fruitiness of the malt and the mellow creaminess of the grain whiskies. The brand has been created to reflect modern, contemporary luxury, in everything from pack to liquid, and with a focus of making Irish Whiskey more prominent in Europe’s booming cocktail culture. 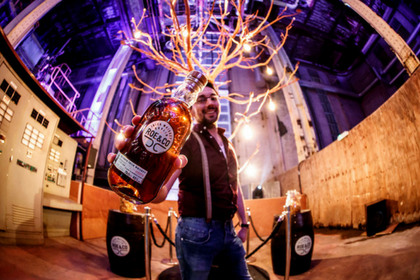 Roe & Co is named in honour of George Roe, the once world-famous whiskey maker who helped build the golden era of Irish Whiskey in the 19th century. His distillery, George Roe and Co extended over 17 acres on Thomas Street in Dublin and was once Ireland's largest distillery. Diageo will now build on this rich heritage with the creation of a new distillery by converting the historic former Guinness Power House on Thomas Street.

Using her 30 years of experience, Diageo’s Master Blender Caroline Martin and her team set about meticulously sourcing and selecting stocks of the very finest Irish whiskies. Having trialed over 100 prototype blends since December 2014, Caroline has created an extraordinary expression of Irish Whiskey. The high proportion of first-fill casks gives notes of creamy vanilla balanced with its hints of fruit and soft spice and a remarkable depth for such an elegant and refined whiskey. Roe & Co is non-chill filtered and bottled at 45% ABV.

The first blend of Roe & Co is now available in key European cities as part of Diageo’s growing Reserve portfolio.