« back to Seasonal Suggestions

Drinks for the December Holidays 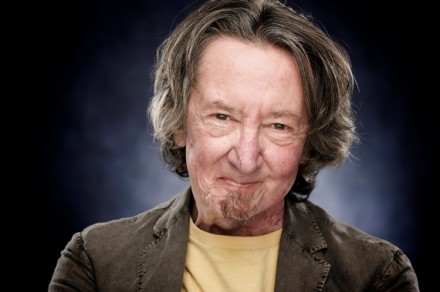 As a drinks writer, I have dreaded this time of year for a long time.

No matter which newspapers or magazines I have written for over the years, every last one of them wanted me to pen pieces on eggnogs, toddies, mulled wine and every kind of traditional drink for the December holiday season. This got to be very boring, very quickly.

Luckily for me things have moved on throughout the years in the world of cocktails and mixed drinks, and although the old stand-by drinks still hit cocktail menus around this time of year, 21st Century bartenders are far more innovative than their late 20th Century counterparts and that even includes yours truly.

I took a virtual trip from Italy to Panama and farther afield, to get an insight into the Christmas drinks menu of the modern day bartender.

So sit back, relax and enjoy some festive ‘drinkspiration’…

First up is yours truly and funnily enoughI do have a special go-to ingredient that I run to when I want to fix winter time drinks.

Monin makes a very nice bottling of this spicy treat and believe it or not it’s not too hard to make your own signature gingerbread syrup. No matter which way you turn, remember that the flavours of gingerbread pair very well with dark rums such as Ron Zacapa® 23 Rum or Pampero®, BULLEIT™ Bourbon or Rye and all manner of Scotch Whiskies, whether it’s a Highland, Lowland, Islay or Speyside.

Take it in a direction that you think your customers will appreciate. Add a little ruby port or maybe some cold, brewed tea. There are many options — just always remember to make it your own. For now here’s my favourite: 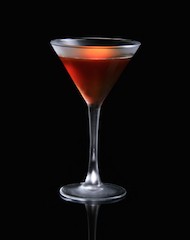 Method: Mix together at room temperature in a cocktail glass. 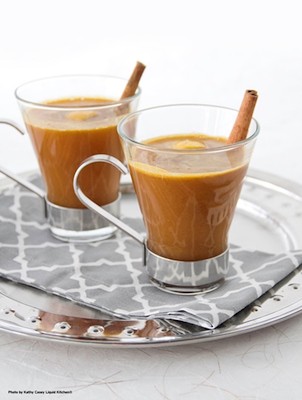 My virtual journey took me next to Seattle’s renowned Kathy Casey Liquid Kitchen.

Drinks expert Kathy Casey recently created a fabulous drink that near-enough sings Jingle Bells as it glides down the throat. It’s a cocktail calling for BULLEIT Bourbon, Frangelico and a spiced pumpkin mix that Kathy created for The Heathman Restaurant and Bar.

The spiced pumpkin mix that makes this drink so special is comprised of unsalted butter, brown sugar, cinnamon, nutmeg, cloves, kosher salt and pumpkin puree. It can be made in batches big enough to make two-dozen drinks and will keep for a week in the fridge or up to a month in the freezer.

And to top it off, you can put it together in 10 minutes or less. Well worth the time and effort if you’ve got some downtime before the silly season kicks off.

Method: Mix all of the ingredients together thoroughly with a wooden spoon. 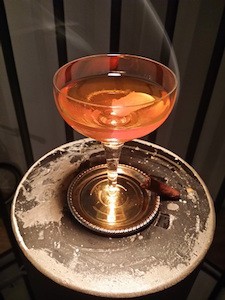 Cigar smoke isn’t a traditional ingredient in cocktails but it’s essential if you want to make Il Poeta, a Talisker®-based drink created by Joy Napolitano in Italy. The tasting notes of this serve make it the perfect drink for the holiday season. It’s a twist on the Bobby Burns cocktail.

As well as Talisker Single Malt Scotch, Il Poeta is made with sweet vermouth and chocolate bitters — the cigar smoke is captured in the glass before the drink is added. “The angular whiskey is softened by the vermouth. The bitters and Frangelico go hand in hand and on the second sip there will be an explosion of flavours in your mouth. [It’s] a beautiful poem that will last until the last drop,” he says.

Smoke of a cigar

Method: First smoke the cocktail glass. Stir the remaining ingredients over ice and strain into a chilled coupe. 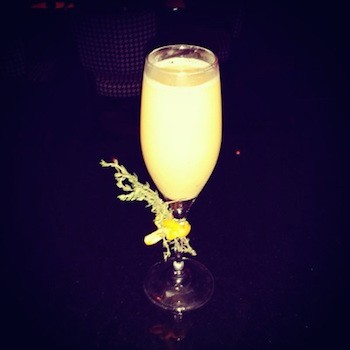 In Panama Enrique Ignacio Auvert, who works at Restaurante Gula, makes a pretty spectacular Flip around this time of year. He calls the drink, The Present, and says that by muddling fresh thyme into a cinnamon syrup he gets an herbal pine note that’s reminiscent of Christmas. Ron Zacapa® Rum is the base of ‘The Present’ and the other ingredients include orange liqueur and, of course, an egg.

Method: Softly muddle the thyme and cinnamon syrup in a mixing glass, then add ice and the remaining ingredients. Shake and strain into a chilled coupe. Add the garnishes.

I’ll round this piece out with a very simple drink created by Ryan Haile at Bocanova, a restaurant in Oakland, California. Ryan’s ‘Glogg in the Mill’ cocktail is another Scotch-based potion. He recommends using Lagavulin™ and the only other ingredients are cardamom bitters and a liqueur based on the traditional Scandinavian Christmas-time drink known as Glogg. Here’s a treat that’s very new to the scene and I’m betting that, a century from now, scribes such as I will be noting that ‘Glogg in the Mill’ is still being served as a December holiday favourite.

I predict it’s going to be a classic!

Glogg in the Mill

Method: Stir over ice and strain into a stemmed glass. Add the garnish.

Gary Regan is the founder of The Institute of Mindful Bartending and your can occasionally find him serving behind the bar at The Dead Rabbit in NYC. When he’s not working you can keep up to speed with him on Twitter @gazregan or www.facebook.com/gazregan