To Tim Philips-Johansson, the Noughties feel like yesterday. It’s only when he scratches the surface of our complicated relationship with bitters, that he realises how much drinking has changed, and how far our palates have come.

The year 2003 doesn’t seem that long ago: ‘Finding Nemo’ hit the cinemas, Apple launched iTunes Music, and Beyoncé, much like now, was playing on every radio station. Feels like yesterday, right? Well, when I think about what we drank back then, it feels like a lifetime ago. How have our drinking habits developed so much since then?

It wasn’t until 2013 that the bar spoon took over muddling duties; in the early 2000s, unsanitary wooden muddlers – originally used to press limes before mixing them into a concoction of frozen fruit purées and infused vodkas – were the bartender’s tool of choice. Back then, most ingredients were pressed, shaken and dumped back into a rocks glass that had just been used as the other half of a Boston shaker. These were simple, efficient times, and a bartender's palate only had two taste receptors: sweet and sour. Get that balance right, and voilà!

I remember being at my local cocktail bar in Melbourne all those years ago. I ordered my usual – a Guava Caipiroska – and sat down next to an older, wiser, more worldly bartender. He ordered a Negroni – a drink I had never heard of – and offered me a sip. I tried it, and like a child tasting their first sip of coffee, immediately spat it back out. ‘It’s bitter... Gross!’ Worldly Bartender looked at me. ‘That’s the point,’ he said. Back then, only bartenders who had travelled to Florence drank Negronis, and, even then, I was convinced those guys were faking their enjoyment.

Unlike Europeans, Australians weren’t accustomed to ‘bitter’ being a good thing. We generally drank ice-cold lager and shied away from anything low in carbonation or high in hops. Unlike the Italians and their hard-to-pronounce Chinotto, our soft drinks were fizzy, sweet or sometimes spicy. Passionfruit soda, lemonade and ginger beer were de rigueur, and if something was characterised as ‘bitter’ it wasn’t made for consumption. Because of this, we never grew up knowing that bitter really could equal better. 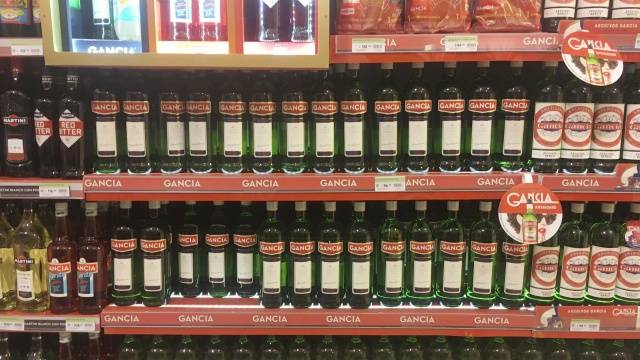 A selection of local vermouths and bitters that dominate supermarket shelves.

The first Europeans to settle in Australia were the British – the founders of the austere London Dry Gin and Tonic. That, coupled with the fact that Australia opened its doors to tens of thousands of Greeks, Spaniards and Italians after the Second World War, made me wonder why we weren’t partial to an afternoon Spritz or after-dinner Pastis. Although our devotion to espresso grew around this time, we still somehow managed to skip a huge part of global drinking culture.

In the 90s, Australia paralleled other bitter-avoiding cocktail nations, such as America and Japan. Sure, there were elements of it in cocktails – some of which line the pages of iconic cocktail literature – but, in general, this persuasion was for the brave minority. And that’s what makes the shift towards a bitter palate so astounding.

I write this in 2017, sitting at a desk overlooking the metropolitan horizon of Buenos Aires. Immigration-wise, Argentina has a similar history to Australia, with Italians migrating here between the late 1890s and 1950s. It’s estimated that up to half of the current population is of Italian descent. The difference here, though, is that Argentina has embraced the Italians’ leisurely drinking habits.

Recently, I was travelling through Latin America. I was lucky enough to be staying in nice accommodation and drinking out of even nicer glassware, and it allowed me to see what local bartenders loved to use, play with and drink themselves. I found out that people in this part of the world were fans of bitter, whether in what they ate or the espressos they knocked back, or in the form of Fernet and Vermouth; aperitivo or digestivo. Argentinian bartenders have a shorter bridge to cross in terms of seasoning their clientele’s palates and – compared to other cities outside Southern Europe – it shows in their mixing glasses.

‘Porteños’ – the masses that call Buenos Aires home – aren’t shy about mixing up dry cocktails. Here, they’re not just enjoyed by chin-stroking bartenders, but also their clientele. In local drinking holes the shelves are stocked with bitter options to refresh the palate, cap a protein- loaded evening of Argentinian barbecue – known as asado – or mix, blend and stir into some of the world’s finest spirits. A Tanqueray No. TEN Hanky Panky, Johnnie Walker Green Rob Roy, and Zacapa 23 Old Fashioned are all expertly made, and lean heavily towards the drier side. And all this is coming from a country that barely ranks on the global cocktail map – not bad.

All of a sudden, 2003 seems like a lifetime ago. Since then, the bartending world has challenged customers’ palates, imploring them to explore their flavour receptors and realise that sweet, sour, bitter and even savoury characteristics are just the tip of the iceberg. Italians and their neighbours will always be the founders of the dry drink, but other countries – such as Argentina – deserve a tip of the hat too.

I, like most bartenders, have changed my preferences since 2003. These days, I take my coffee without sugar, my muddling stick has been used as firewood, and a Tanqueray Negroni is my staple order. I now even prefer Chinotto over Lemonade – not Beyoncé’s Lemonade, though. Nothing can top that.

Add all the ingredients to a cocktail shaker, add ice and shake for ten seconds until very cold. Strain (carefully) into a cold cocktail glass, and garnish with a spritz of lemon peel oil.

GinAndIt – a Tanqueray London Dry Gin and It cocktail from Brukbar in Palermo, Buenos Aires.