T: First thing’s first; how did you end up in Cayman? 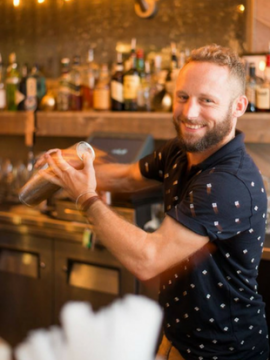 S: I moved to Cayman in 2005. I was born and raised just outside of London and had been running bars in London and the north of England where I went to university. I didn’t really like the hospitality industry in England and wanted out of it, so I moved to Hong Kong to take a job to become a finance consultant. I lasted three weeks in that. All the time in Hong Kong I was still going out to bars and looking at how they were run etc. and I started to really miss it.


Before moving to Hong Kong I had turned down a job offer from Ritz Carlton in Cayman. They were opening new facilities and were in need of 800 new hospitality staff. Because of a hurricane in 2004 the hotel opening got put back by about 8 months, so the hotel called me back up and asked if I would reconsider the offer. I accepted it and jumped on a plane from Hong Kong to Cayman. I had never been here before, started working for the Ritz, and continued doing so for 6 years.

S: (laughs) I actually had no idea what to expect. I guess I thought it would be like what you see in movies and stuff; a beach style town in the Caribbean where after I finished work I would jump on my bike and cruise down to the local beach bar to hang out.

T: So it was a lifestyle choice, not a professional one? 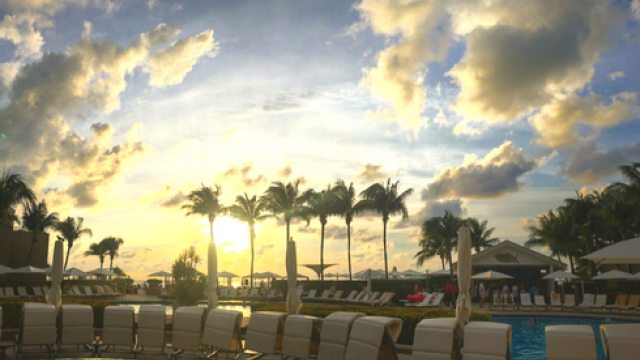 S: Yeah, I wanted to get out of London’s nightlife because I didn’t want to do the late hours. I was still young. I wanted to live abroad and try out the expat lifestyle for a while and this offer fell into my lap and I just went for it. And it turned out to be a pretty good decision. I ended up working across all the restaurants in the Ritz covering shifts, but the pool bar was my base.

T: Later you were to compete on the global stage for World Class. Obviously that’s a bit of a jump from working in a pool bar. How did you get your skill set so far working on such a mentor-deprived island?

S: The pool bar was serving piña coladas, blended mojitos, and mostly other blended cocktails and premixes. The drink culture was very different to London. I hadn’t been making a lot of classic cocktails in London, but there were many American and Canadian guests at the pool bar asking for Manhattans or other cocktails I didn’t know how to make.

I worked with one South African bartender and one American, and asked them for advice of how to make a Manhattan for a friend, and the American showed me the way: equal measure Whiskey and Vermouth, shaken with ice and dumped in a rocks glass, topped with a cherry. I tried it and thought it was disgusting, and I somehow knew this wasn’t right. I started doing my own research and I got into flavour combinations a bit more, and I was always watching YouTube videos of Robert Hess and Jamie Boudreau on how to make classics.

I then decided to do the Beverage and Alcohol Resource course in New York with Dale DeGroff, Andy Seymour and many other gurus, and THAT was the big turning point. When I did that course, which is like a sommelier course for alcohol, I met so many people that today own their own bars or are professionals in the scene. Getting to know these people was a big inspiration for me.

I then moved back to Cayman and started working at Agua, a smaller restaurant whose owners I knew well. They knew I was getting into cocktails, and I told them I wanted to make Agua a boutique cocktail bar serving classics and cocktails with fresh produce. They trusted me to do whatever I wanted, so I took apart the previous cocktail menu and went back to serving a Margarita, a Manhattan, and a Martini. We only served these cocktails for the first 6 months just so I could perfect them, and after that I started to get in touch with local farmers to get fresh produce such as soursop and guava; things I had never used before but started to play around with in cocktails. And by this time World Class was just starting.

T: So were the clientele receptive of your new cocktails or were they just chasing their standard frozen cocktails still?

S: They were receptive because no one else was doing this. We were the first bar that said we are not using strawberry mix and fake ingredients. If someone ordered a Strawberry Daiquiri, we would blend fresh strawberries with rum and fresh lime juice and not the premixed stuff the other bars used. We launched Margarita Nights on Fridays, so every Friday I had four different Margaritas on the menu; a regular, a Tommies, and a couple of seasonal local produce ones like watermelon and mango, and people had never had that. We started to get a cult following simply because we squeezed our limes and used fresh produce in our cocktails.

T: So, you think that shift towards using fresh ingredients and keeping things simple has been the turning point on the island becoming a place for good cocktails? 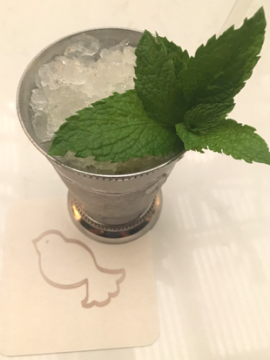 S: That’s right. I look at what Cayman was like when I first moved here compared to now, and yes you can still get a drink made with purees rather than fresh ingredients and the bars get away with it, but people now want something more so a lot of places are shifting towards the fresh ingredients. And it’s nice to see that and that people think the bar I worked at was part of this movement and the perception of fine drinks.

T: Do you think this local movement is mirroring other parts of the world where guests’ expectations for cocktails are getting higher?

S: I think so. At the same time that we started to make our drinks with fresh produce, we also invested in making great stirred whiskey cocktails. When I first moved to the island none of the bars had a mixing glass, but we invested in it and started to introduce good whiskey cocktails such as Old Fashioneds’ and Manhattans, and we had a small clientele coming in just for that. Again, timing was great because around that time whiskey became trendy again and we were the go-to place for those drinks. We bought a new freezer for the bar with new ice moulds, and people had never seen it and were quite amazed having their drink served with a big ice ball. Now, everyone has it and it’s no big deal, but then it was new. It’s been a gradual change but it’s now accelerating.

T: Do you think in the last 10 years Cayman has become the go-to destination for other cocktail bartenders in the Caribbean to move to and improve their skills?

T: Yes, you can definitely tell there is a big international scene here and walking into this and other bars on the island you completely forget where you are. When you sit down at the bar and see the cocktail list, the back bar and the style of service, and the drinks people have in their hands, you feel an instant level of comfort ordering a Martinez, a Sazerac, or any other classic cocktail and you are assured they will make it well.

S: Yes, if you had ordered a Martinez 5 years ago I can guarantee the bartender would have served you a Martini not knowing better.

T: Or the Mexican chef would have come out of the kitchen asking why you called his name?

T: So what do you think it is that draws bartenders from London, New York, Chicago etc. to move from already such established cocktail cities to Cayman Island?

S: A lot of people here keep asking this question. What did Cayman do that had this knock on effect? To be honest, I don’t know the exact answer but it was definitely a number of contributing factors. It tied in with the international cocktail scene changing, it tied in with World Class starting here in 2013. The well-established food scene that has attracted hospitality for years helped drawing talents here, big hotels were investing in refurbishing their bars and hiring internationally, and lot of training and development of staff and an influx in bartenders being more passionate about making better drinks with local and fresh produce. Of course I hope that what we did at Agua a few years back also had a contributing factor to the scene, so all of these factors combined has established Cayman not only for their culinary scene but now also for its cocktails.

T: So, a lot of people come to the island and the scene has developed rapidly over the past 5-10 years, can you pinpoint a couple of contributing factors to its success?

S: World Class Cayman launched in 2013, and right after that myself and Jo Austin at Jacques Scott Wine & Spirits went to Tales of the Cocktail to see what was happening on a global scale. When we came back we decided to launch Cayman Cocktail Week in 2014, which was the first week of cocktail events on the island. And since then the Cocktail Weeks have been growing bigger and better each year, getting more bartenders and restaurants involved, and getting the bartenders’ names out there and not just relying on the chef’s names as we’ve done in the past. During the cocktail week we were getting the bartenders to host their own cocktail matching dinners for example, which gives them a chance to shine and to push the boundary a bit. And the cocktail week educates the guests as well, and they would come into the bars weeks after and ask for something similar to what they had tried out at the cocktail week, which pushes the bartenders even further. So I would say World Class launching and the ongoing support from Diageo getting international gurus such as Arturo Savage, Charles Joly, and Jason Clarke to the island for training purposes, and the work that Jo Austin has done for Jacques Scott Wine & Spirits and Cayman Cocktail Week has been key in driving the market.

T: Thanks for your time, Simon. Let’s hit the pool…