FROM EVEREST TO THE EMPIRE STATE

It takes determination and ambition to succeed, and this is the inspiring story of acclaimed bartender Hemant Pathak. Now mixologist and bar manager of award-winning Indian restaurant Junoon in New York, he began life in a very different world. Hemant credits becoming a finalist in the third World Class Global Finals in Delhi in 2011 with transforming his career. 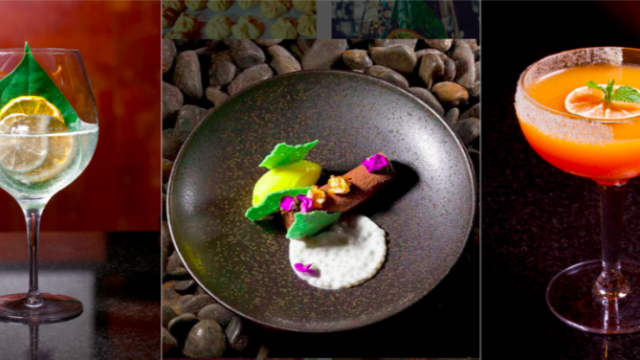 From humble beginnings, the most amazing things are possible – and one of the greatest things about the life of a modern bartender is the opportunity to transcend normal career boundaries and transform your horizons.

I’ve come a long way in my bartending career: when I look to the skies on my way to work I see the skyscrapers of Manhattan; where I was born the Himalayas are what I would see each morning. I often hear people talk about ‘real India’, but I know what that truly means.

I was born in the very north of India in a small village in Pithoragarh district – Tibet lies to the north and Nepal to the east. It’s exceptionally beautiful, but very remote, and naturally landscaped with high mountains and snow-capped peaks.

I became interested in the hospitality industry through reading newspapers and magazines. Coming from a family of teachers, when I spoke to them about pursuing a professional life in that trade they were confused. No one in my family knew anything about hotels and fine dining, and, even now, if I tell my grandmother I work in hotels she thinks I’m a cook or a dishwasher. I applied to college and took a three-year course in hotel management and tourism, and when I finished my education I went to Delhi. It was a completely different world for me, coming from that small Himalayan town. 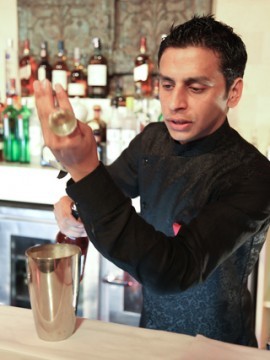 My first big break came when I got a job at the Taj Palace in New Delhi. Wanting to be a bartender obsessed me, but I was working as a restaurant steward and I had little chance to make cocktails. It was only when I got transferred to the newly opened Blue Bar that I could indulge my real passion as I set out to research the art, science, and history of mixology. It wasn’t easy – as the Indian bar scene was only just emerging, there were only a few cocktail bars in the whole country and bartender education was very limited.

Within a few months, I had developed a new cocktail menu for the hotel restaurant that got me noticed. One of my early favourites was a Ketel One Citroen sour with Limoncello, fresh Thai basil and lime.

I entered every cocktail competition that was available to me, so I could keep pushing myself and following my dream that one day I would go to New York and work with the best bartenders and chefs in the world. By the end of my first year at the Blue Bar I had won my first regional cocktail competition.World Class 2011 was the turning point in my professional life. India held its first national competition: 396 bartenders from across the country competed, and I was lucky enough to be the winner. This was a huge motivation, knowing I would be in front of gurus such as Hidetsugu Ueno San, Dale DeGroff and Gaz Regan. I was lucky to have two great mentors: the Tims, Judge and Barnes, who were working for Diageo helped prepare me intensely for the World Class Finals.

I still revisit the YouTube video of me serving Gaz Regan in the competition. I paired Johnnie Walker Blue Label whisky with Darjeeling tea, and created a Zacapa Rum drink with Indian alphonso mango and a stout beer reduction. To accompany it, I had a ritual with frankincense oil steam over hot pebbles. Gaz always considers the mindful aspect of bartending, and I was focused on delivering true Indian hospitality. 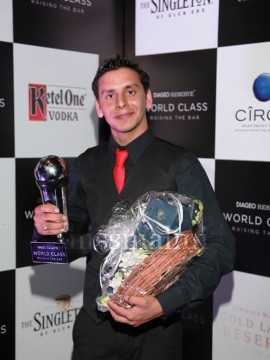 Winning the Indian National Final and then at World Class.

For me, the hardest test was the ‘Classic, Vintage and Twist’ challenge. The most technically adept guru, the Japanese master Ueno San, was judging it. I had to make a classic and vintage cocktail chosen at random, and then for my twist I created a Don Julio tequila blazer – and he loved it! 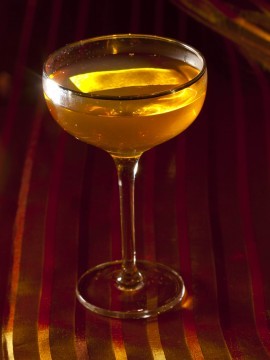 I still remember the awards night. It was 16 July, around 10pm, and I was in the ballroom of the Imperial hotel In New Delhi with all my fellow bartenders and an audience of several hundred people. When Ueno San announced my name as the winner of the ‘Classic Vintage and Twist’ challenge, the entire home crowd started celebrating, and I had tears of joy in my eyes and a sense of huge satisfaction to win a challenge for India at the first World Class in our country. 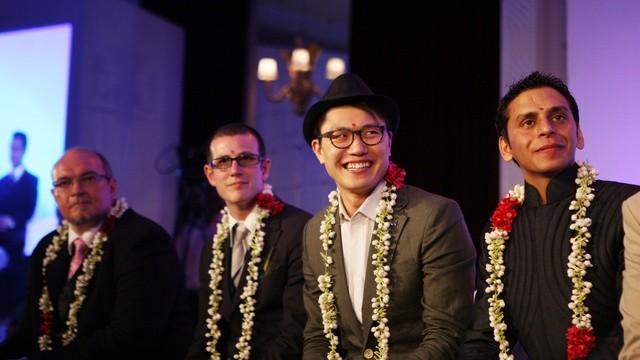 Bartending had finally given me a chance to express myself on an international platform, and I was featured in national and international media, such as GQ, Times of India, Class Magazine, Hindustan Times, Food & Beverage magazine, and Spiritz magazine. World Class had made my name across my own country, but my American dream was a long way off, and I was determined to travel to improve my skills and knowledge.

As a Challenge Winner in 2011(L to R Torsten Spuhn, Alberto Pizarro and Hemant)

In early 2012, I got the chance to represent India as a guest bartender at a competition in the USA. My goal was getting closer, so after the competition I went to New York. I fell for the city immediately, so I resigned from my job at the Taj.

My first six months in the city were really tough, and I went through a lot. I was shifting boxes in a liquor store and working on a cash register to get by. I was even homeless and spent a few nights on the street. Success is never easy, and you have to work hard to move forward.

I struggled like crazy to show what I could do to the fantastic bar and restaurant owners in New York, and, finally, one of them saw my promise: Junoon, a Michelin star Indian restaurant. Junoon serves modern Indian food with authentic flavours and contemporary cocktails that cross many of the herbs and spices found in Indian cuisine with an extensive selection of artisanal spirits. Alongside working at Junoon, I started working part time with Flatiron Room, the biggest whisk(e)y bar In New York City, giving me a chance to understand the extensive selection of whiskies from around the world. 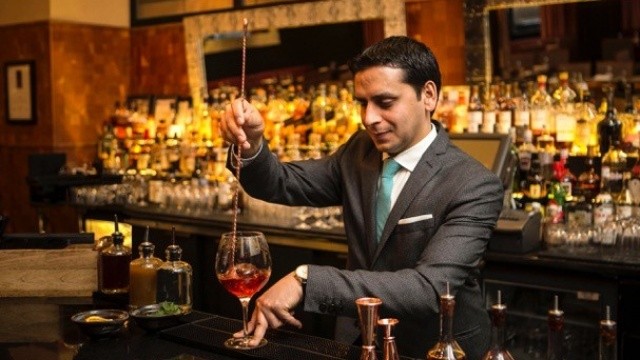 What has changed for me? I like to say, ‘Before I was just a bartender from India but now I am an Indian bartender in New York.’

I have never forgotten where I came from, and I use my Indian heritage for inspiration in the ingredients I use in all of my drinks. A cornerstone of Indian cooking is its range of extraordinary spices: cardamom, cinnamon, anise, pepper, ginger, turmeric, coriander, cumin, clove, mace and nutmeg. All the things I had learnt at an early age from my mother became a huge part of my success. She used to serve a Himalayan salt with subtle flavours of cilantro, green chilli and garlic with buttermilk and corn bread, and I recreated this salt at Junoon for one cocktail.

One of my favourite pairings is the ‘Jaipur Julep’, using Bulleit Bourbon, with an Indian classic dish Chicken Tikka. The spice and blueberry reduction with mint leaves complements the creamy texture of the yoghurt marinade, and the bourbon harmonises with the cumin, coriander, ginger, garlic and chilli powder. 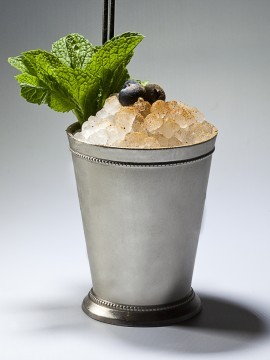 My latest adventure is that I’m going to publish my first cocktail book for consumers, called ‘INDIA: In Good Spirits’. It’s my guide to the history of alcohol on the subcontinent, and features many of the cocktails and flavours that have inspired me. I hope my book will encourage more consumers to enjoy fine cocktail drinking in India – I will be a part of the movement to spread the word.

It’s all about the journey: drinking a cocktail should be a journey, and my bartending career has been an incredible one – and wherever it takes me I will enjoy the ride.