In the midst of a cocktail revolution, inspiration can strike anywhere. But with recipes, tricks and trends being shared online to thousands, it stands to reason that the same idea could crop up in two different places at exactly the same time. Spike Marchant delves into the cocktail books of old and unearths the world of drinks doppelgängers…

We are living through a revolutionary age in terms of cocktail culture, but where does the ingenuity and inventiveness come from? According to the theory of ‘multiple discovery’, ideas generate simultaneously, so we can borrow from one another without even realising it.

If cocktail recipes are the formulae of our version of liquid science, then there can be an honest duplication of ideas. And remember: if the truth of a drink’s origins gets a little cloudy, don’t be shy – you should never let the facts get in the way of a good story. 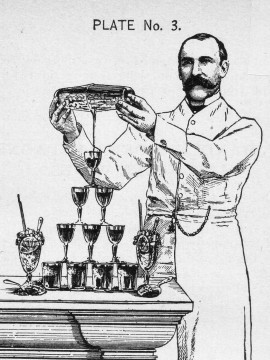 As a colleague and friend of mine puts it, ‘We are in a golden age of bartending – but it’s not the first.’ The current age is now around 20 years old – having begun in the 90s during the rebirth of cocktail culture, while the period that ran from the second half of the nineteenth century through to Prohibition led the charge.

Three major advances underpin both eras: the nineteenth century saw an emergence of celebrated professional bartenders (the usual suspects); new techniques, such as ice and carbonation, which revolutionised the way drinks were made; while the publication of the first cocktail books, packed full of advice and recipes, catalysed the revolution.

Now, in the twenty-first century, that principle holds true: the World Class community is a perfect example of the power of a generation of new professional bartenders. There are new techniques everywhere we look – especially with the modern link between the bar, the science lab and the research kitchen – and digital capabilities make researching and swapping recipes instantaneous.

In the world of bartending, recipes are our currency and are traded like bits of juicy gossip. Your mental bank of them defines whether you're in the know, so obscurantism and one-upmanship are commonplace behind the bar: ‘The Danish Cobbler? It’s like a Headless Hound but with Kummel instead of Fernet Branca…’ Yeah, right.

Research from cocktailians such as Regan, Hess, Brown and Miller revealed some extraordinary cocktails, and, because of this discovery, entire categories of drinks have been revived. Dave Wondrich’s Punch, for example, is a mixed masterpiece, and has inspired bartenders globally to rediscover the joy of the five-ingredient special. 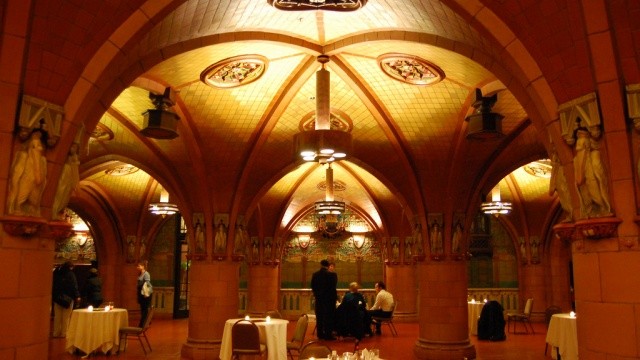 ***PHOTO The Rathskeller at The Seelbach © Amy C Evans

It seems, though, that the era of fake news may even apply to cocktails. I was entertained to discover that the famous Seelbach cocktail was fictitious. It had become part of the vintage repertoire of modern bartenders, featured in Gaz Regan’s ‘New Classic Cocktails’, as well as ‘Vintage Spirits and Forgotten Cocktails’ by Ted Haigh, but its story was a complete fabrication – as its creator Adam Seeger admitted to The New York Times last year.

‘I was nobody,’ Mr. Seger said. ‘I had no previous accolades in the bar world. I knew I could make a great drink. I wanted it to be this promotion for the [Seelbach] hotel, and I felt the hotel needed a signature cocktail. How could you have a place that F Scott Fitzgerald hung out in that didn’t have a damn cocktail?’ 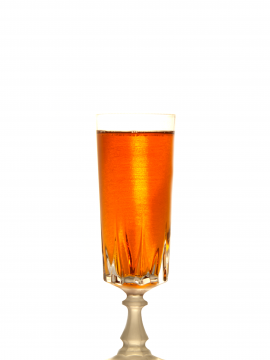 Seeger knew he had a great recipe for a cocktail, so he created an elaborate story to cover the origins of the drink: a couple on their honeymoon had stayed at the hotel in 1912. She ordered Champagne, and he ordered a Manhattan, but the ham-fisted bartender messed up by splashing one into the other and that happy accident was the birth of the Seelbach.

Adam Seeger came clean recently, and even confessed to Gaz Regan – who wasn’t that shocked. ‘I always suspected that Adam had created the drink, but I really, really loved it,’ he said. ‘His story was almost plausible, and I needed recipes.’

Which brings me to the real deal – a forgotten cocktailian treasure that so many love. The Last Word was unearthed 12 years ago by industry legend Murray Stenson, who, while working at Zig Zag café in Seattle, was looking through old cocktail books – including a copy of ‘Bottoms Up’ so old it was held together by packing tape.

***PHOTO The Rathskeller at The Seelbach © Amy C Evans

Within a few years The Last Word became a buzzword in cocktail circles, and, in 2009, The Seattle Times stated that ‘Many leading cocktail authorities have declared The Last Word the definitive Seattle cocktail; they say the pale green concoction is undisputedly Seattle’s biggest contribution to the world of mixology.’ 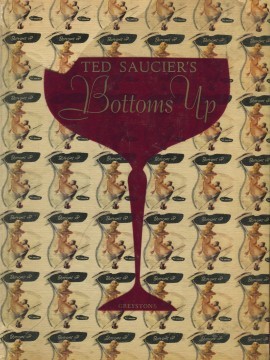 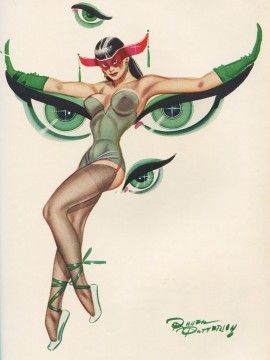 I only have a few rare vintage cocktail books in my collection, but ‘Bottoms Up’ is one I treasure. It is a joy. Written by Ted Saucier – the Waldorf Astoria’s publicist for 40 years – it includes a fronts-piece dedicated to the bacchanals, 58 international toasts and some mildly salacious illustrations. Plus, The Last Word appears in the gin cocktails list after a section featuring 15 Juleps!

What I find fascinating about The Last Word is that each of the four ingredients have such a strong identity, yet they hold each other in check. What could be a car crash of flavours ends up being a sublime piece of orchestration. Not only did it become universally popular, it spawned at least a dozen variants, according to ‘Difford’s Guide’. According to Saucier, it hails from the Detroit Athletic Club and was introduced by an Irish minstrel called Frank Fogarty. Bless you, Frank.

The process of innovation and adaptation is how recipes and ideas are generated, and the theory of ‘multiple discovery’ shows that scientific and cultural ideas seem to occur spontaneously at the same time around the world. Ever been convinced that you came up with an original recipe or name only to find another bartender has claimed it in the same week? When I created the ‘Hedgerow Sling’, not only did my doppelgänger have the same name, it also had almost identical ingredients. 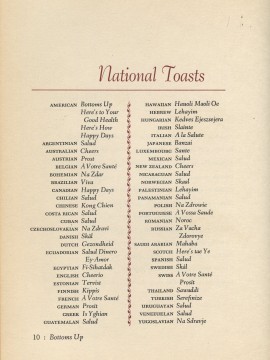 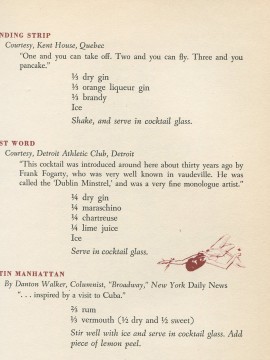 A fascinating example of the way modern bartending communities work is Mike Yoshioka’s #WeHaveTheLastWord project on Instagram. He posted a request for recipes on 1 April 2017, and within a month the hashtag had 941 posts from cocktail professionals, home bartenders, brands and distilleries. It just shows how dynamic the cocktail world is, and is a reminder that a classic recipe can be a brilliant platform for creativity.

When speaking about the evolution of cocktail culture, Brazil has to be noted as one of its most exciting frontiers. So, here are two variations on The Last Word that come from São Paulo and wonderful bartender Màrcio Silva.

‘The Last Word, curiously, was one of the classics I started teaching Brazilian bartenders on my return to Brazil for three reasons:

First, I saw the great movement of gin growing globally during my travels. In Brazil, few drank gin and I wanted to foment the gin culture. At the bar I set up, called SubAstor, the menu was made with a 70% gin base.

Secondly, for me this classic has always been an example of perfect balance, without having to add sugar syrup (in Brazil it was common to use lots of sugar in drinks).

Thirdly, it helped me explain how we needed to have more knowledge about shaking during the preparation of this cocktail. 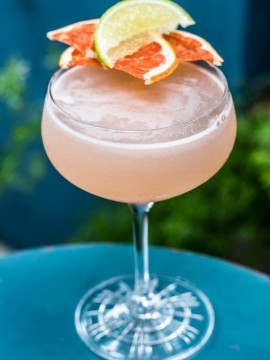 Garnish with dehydrated grapefruit and a fresh lime slice

"My variations came from funny stories with great friends. The Quiet Word came from a conversation between friends who liked tequila, and The Unspoken Word came from the desire to make people understand more about cachaça, because it is from this spirit that Brazilian bartending begins.”

For more about Márcio’s work and his amazing new bar, La Guilhotina, check out our feature on the venue, coming soon to the World Class Club. 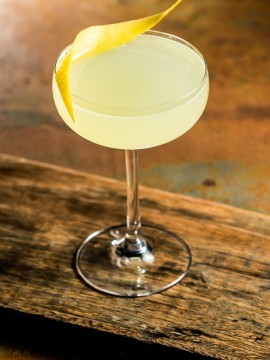