BEING A FEMALE ROLE MODEL IN THE BAR INDUSTRY TODAY

With International Women’s Day around the corner, we wanted to find out what being a female role model in the bar industry really means – and what needs to be done to truly achieve equality. 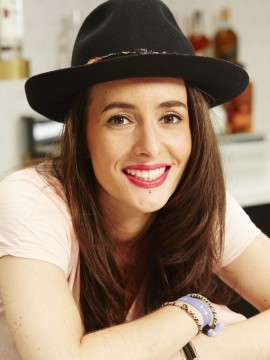 It’s universally acknowledged that growing up seeing role models that look and sound like you makes imagining your future – any future – much easier. So, it stands to reason that the likes of Kaitlyn Stewart and Jennifer Le Nechet are inspiring a new generation of female bartenders.

Kaitlyn Stewart, Bar Director of The Royal Dinette, Vancouver won Bartender of The Year 2017, and, although she’s a fiercely talented bartender, she’s just as well-known for her lively and relaxed attitude as her craft. In fact, she typifies what bartending is all about: good people and good experiences.

Hailing from Canada, Kaitlyn feels lucky to be surrounded by so many female bartenders. She says, 'In Vancouver, we have a massive female bartending community.’ But last year told BizJournal that the industry would always be unbalanced if there were more men than women. ‘Even at the global finals, out of 57 countries there were only five female competitors,’ she noted.

So, when the scales are tipped, is there pressure to represent your gender in a way male bartenders aren’t expected to? Maybe, but, although it's a daunting challenge, Kaitlyn is determined. ‘I want to do as much as I can over this next year to establish a place for myself and all women.’

At the World Class Competition, another Canadian stood alongside our Bartender of the Year: Lauren Mote, Diageo Reserve Cocktailian. With her expertise behind the bar and her business brain, she’s a leading voice in the drinks industry. With that comes social events and networking, so demonstrating the importance of equality in the industry is key. Lauren believes the bar industry still has a way to go, but that it’s on the right track: ‘Like many industries, male dominance is extremely prevalent, but it’s changing quickly,’ she notes, adding that the shift is something bartenders can play a key role in. ‘We see a diverse array of people and backgrounds each and every day,’ she says. ‘If we band together for a united cause, and are guided by certain principles, we have the power to change the world one person at a time.’ If conversation and communication is the key to dismantling systemic sexism and creating equality, then the men and women behind the bar are at the forefront of the fight. As Diageo Reserve Cocktailian, Lauren is flying the flag for the movement, alongside World Class Bartender of the Year 2016 Jennifer Le Nechet, who, as a strong presence in the industry, believes it’s ‘important to help inspire other women in the world’. 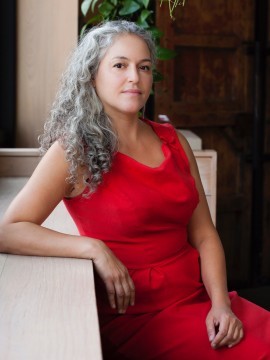 Becoming a household name in your field requires strength of character, determination and single mindedness: enter Ivy Mix – the drinks industry’s rebel with a cause – and drinks pioneer Lynette Marrero. The two women founded all-female speed competition Speed Rack, and are advocates for equality in the drinks industry. To Ivy, being a role model is just as much about who’s with you for the ride as what you do yourself. She says, ‘The beauty of women is we're collective…. my hope is that everyone will rise up and be visible.’ For Lynette, her goal, she says, is to ‘do my best to make decisions that will be positive for all women. I feel a sense of responsibility to be the best role model I can be.’

Before you become a spokesperson, though, you have to work out where you fit in the world – something that can be hard when growing up with few female role models to show you what’s possible. That’s why a few words of wisdom can go a long way. If Lauren could go back and give herself one piece of advice, she says it would be ‘not to change in the face of adversity, to use the stage wisely, and, while it’ll take a long time to create an audience, once you do – make sure you have something powerful to say’. For Kaitlyn? That her gender doesn’t define her success: ’Don't second guess yourself because of your gender. Be confident in who you are and know you deserve to be recognised for your accomplishments’ she says – a notion Jennifer Le Nechet agrees with, adding that ‘if you’re passionate and work hard, no matter what other people think, you can achieve everything!’

At World Class, we’ll continue to push for parity – the increased presence of brilliant women helps to grow a business, inspire others and change the game, and should be a cause for celebration. Our gender pay gap report, published last year, showed that we have one of the highest ranked boardrooms in terms of gender parity, and we’ve pledged that by April 2018, our board will reach full gender equality. It’s important to us that our community know we practice what we preach. Something Kaitlyn has definitely noticed: ‘I've noticed the female to male ratio is definitely going up,’ she says. At the end of the day, female bartenders like Lauren and Kaitlyn deserve a platform because they’re the world’s best. We’re surrounded by women with incredible talent. 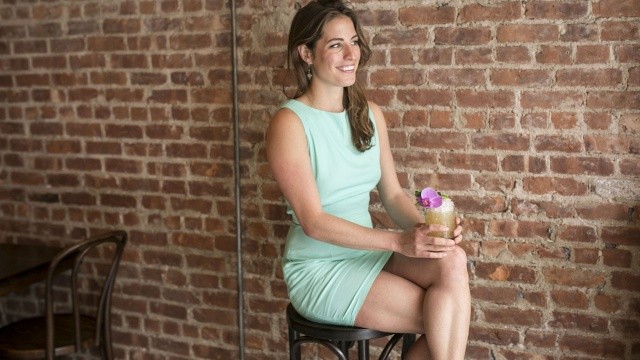 If being a female role model in the industry today means using your influence to talk about equality, not defining your success by your gender and changing opinions, what will it mean in 50 years? Will there, by then, be less work to do? Kaitlyn hopes so: ‘I don't want it to be a shock when a woman wins or achieves an accolade. I'm hoping that in the next 50 years we won't need to have conversations about equal wages and genderfication.’ Here’s hoping. But, for now, the more we talk about inequality the more we can change it, and now is the time: 2018 is all about the #PushForProgress.

In the words of Ivy Mix: ‘We're no longer hiding behind men with moustaches, beards, suspenders and arm garters. We are more, we are being seen and we are standing up.’ Hear hear.