Márcio Silva is an iconic figure on the Brazilian bartending scene, with a working reputation in both of its major cities, São Paulo and Rio de Janeiro, as well as overseas. At the World Class Finals in 2012, he helped to coordinate the back of house operations and staffing for the competition. After years as a consultant, he finally opened his own place – Guilhotina Bar. Spike Marchant chats to him about this good, bad, crazy and wonderful experience… 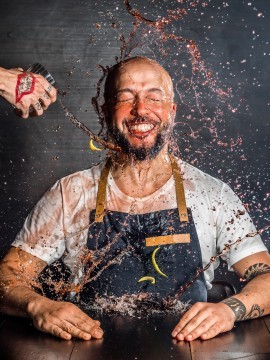 How does being Brazilian relate to your work?

I was born in the countryside of the state of Paraná in Brazil, although I was raised in São Paulo. Every school holiday we went back to the countryside, and I always had that direct line to nature and tranquillity. I still remember the smell of the earth, of freshly picked jabuticabas, the taste of recently cut sugar cane, the familiar smell of family meals being cooked on an old firewood stove.

I spent hours with my grandmother in the kitchen, and I was always in the orchards experiencing new flavours, but what struck me most was the smile on people's faces all day long and how well they knew each other. I was incredibly influenced by their raw and enchanting charisma, and their easygoing way of life. Back in those days, my grandfather produced cachaça, and so I used to love watching and sometimes even helping him in the production.

When did you start in the industry and what were your first experiences?

When I was 13 years old, my father had to change jobs. He started working in a pub, and I often went along. I was fascinated by it straight away; I paid attention to all the details of the bar. And, best of all, I had my first cocktail, which was a Virgin Mary.

Later, when I moved to London, I had the opportunity to work at TGI Fridays, before becoming an international bartender trainer. It was a great school, and it opened a lot of doors for me in Europe. I bounced between Portugal, Spain and England, and every time I went back to the UK I fell more and more in love with the bartender movement that was growing there at the time. I remember going to LAB just to watch the bartenders work.

What attracted me most to the bartending world was the way that hospitality and service was offered. I cherish working with people, and as a bartender I can express myself in a way that’s truly my own – one that translates to cocktails and to the whole customer experience. It’s who I am and what I love.

You were involved in World Class in Rio. What was that like?

It was a wonderful experience, and I learnt so much. Being the only member of the organising bar team who spoke fluent Portuguese was both an honour and a great responsibility. Running the logistics for a huge event such as that was one of the best opportunities I'd had in the industry.

Before you opened Guilhotina Bar, you went through a period of self-doubt. How did overcome that?

About a year and a half ago, I was really down about my career. I was unsure of what I could achieve professionally. I had been involved in Yaguara, which was a cachaça project, and I worked on the design of the brand, as well as on the liquid with the Brazilian master blender, Erwin Weimann. It was a pleasure working on this, and I had the opportunity to launch it in the USA, England and Italy, but, in the end, I had to leave because it wasn’t taking me in the right direction.

I wondered if I could ever fulfil my ambitions and ideas in Brazil, and, at the same time, I was receiving proposals from abroad. I didn’t want to leave, but I was tired of working with people who did not understand my ‘cocktail language’. A lot of this is because the bartending scene in Brazil is still very new, and there is so much to be developed, but I did not see how it would ever thrive. I also opened a business and lost a lot of money. For the first time in my life, I was broke and it seemed like nothing was right.

It got to the point where I wrote to some of my closest friends and mentors in the industry asking for advice. I was genuinely considering giving it all up, and I wanted to know if they had ever considered walking away. The positivity and the response from my friends made all the difference to me, and it restored my confidence.

So I thought: What have I not done in Brazil yet? The answer was obvious, I'd never been my own boss, I had never bartended in my own place. So now I was determined; I had the reason to not give up because, for the first time in Brazil, I was going to create my own place as a bartender and a business owner.

I joined two friends and Guilhotina Bar was born from our work as a well-matched trio of personalities. Rafael is originally from the construction market and also worked in the import business, so he is exceptionally good at the financial and administrative part of our work. And he also works beside me behind the bar every night. When I first met Marcello, he owned a bar called Conservatorium, and he is amazing at procurement logistics and supplier contacts. He is also our public relations person and an attentive host for our bar.

All three of us are investors, managers and operational staff at the same time. 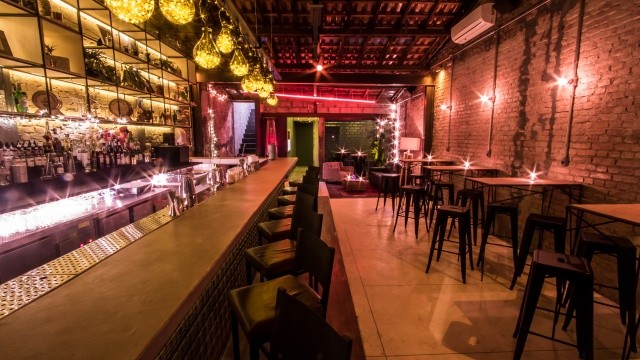 Tell me a little more about the how, where, what and why of Guilhotina Bar?

The name represents a cut, the sense that there is a disconnection from your everyday life and an entrance to a different experience through what we offer. Everything in Guilhotina was created with the guiding principle that we would deliver great hospitality with a style and the presence of fine drinking elements that the Brazilian market had never seen before.

All the cocktails stations are developed through biomechanical studies to optimise on performance and create a healthy working environment. How many bartenders do you know with bad backs?

Our cocktails are extremely complex, yet simple. Here in Brazil, the high-end cocktail experience was being taken to an extreme, and it seemed everything was going for a gourmet approach for a wealthy elite. I wanted to end this, because I wanted to see all Brazilians enjoying cocktail culture, so, in our approach, we tried to find inspiration in daily life. I wanted to unite simplicity with complexity in my work together with my culture and as a part of that I work every night as my own bartender next to my team.

How is Guilhotina Bar going? You’ve run plenty of bars, but this is yours. What is the difference, and how do you feel?

In my work, I try to merge the efficiency of the Americans with the attention to hospitality, the rituals and the expertise that the European provide, the discipline, good conduct and ethics of Asian cultures and the natural Brazilian charisma. To explain a little more, I relied on the effectiveness of the American bartending system – because their bars always value efficiency and consistent delivery of flavours – and then I added all of the techniques I learnt in my time in Europe. That part of the world, for me, had always been a great schooling in the classics: I learnt how to make drinks drawn from history and tradition. Then, I was able to apply theatrical rituals together with all of that inspiration. I also sought to combine all of that with the precision, shaking, and different kinds of ice that I learnt with the Japanese bartenders, and finally blended everything with tropicality and smiles. All that comes together in Guilhotina Bar, and I'm transcending myself as a bartender in my own country.

We always focus on quick service for the delivery of the cocktails, so we have rapidly become a high-volume cocktail bar. The goal was to serve 80 people, and today we serve on average 250 in an eight-meter bar with three service stations. The success of the bar has been a really wonderful surprise – for the first time since I arrived I’m really fulfilled doing something I truly believe in. 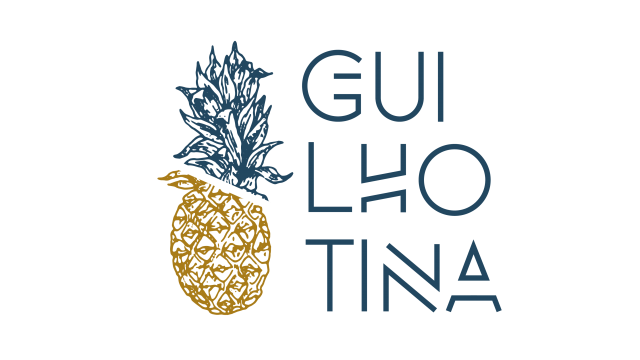 Almost everything on the menu is there because I wanted to provide an amusing, fun experience that would leave a sense of wellbeing. When I thought about the menu, I wanted our clients to read it and enjoy themselves. During the development phase, I mixed names, Brazilian expressions, and slang from different countries and regions that could sound joyful, give a certain edge to the cocktails, and could also tell some of the stories of the ingredients.

I’ve developed my menu to satisfy all tastes, and I also like blending peculiar ingredients. I mainly use a tropical style, but we are open to serving any classic cocktails, which I try to keep to the original recipe or add certain twists.

What are your favourite cocktails on the menu at Guilhotina Bar?

Here are two popular cocktails on the menu – I trust my customers’ opinions! 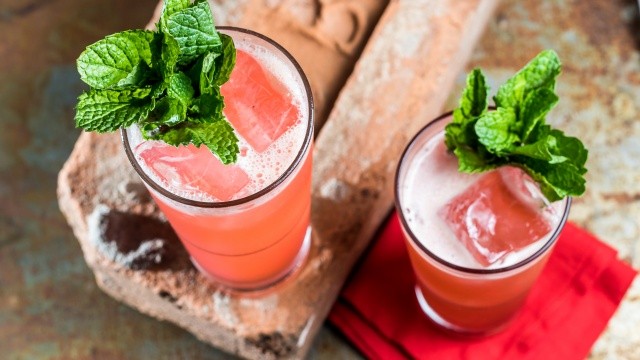 VITRIOL
50ml of Bulleit Bourbon whiskey
25ml of artisanal raspberry cordial
25ml of fresh lime juice
5ml of homemade hibiscus syrup
10ml of fresh ginger extract
Shake all the ingredients together, pour into a highball glass filled with ice cubes, and top with 15ml of Negroni mix. Garnish with a mint sprig. 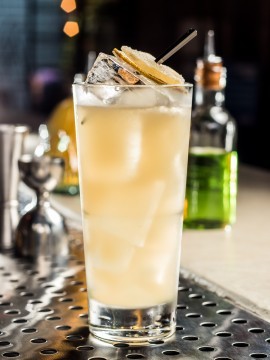 Shake all of the ingredients together, pour into a highball glass filled with ice cubes. Garnish with a dehydrated lime wheel and ginger candy.