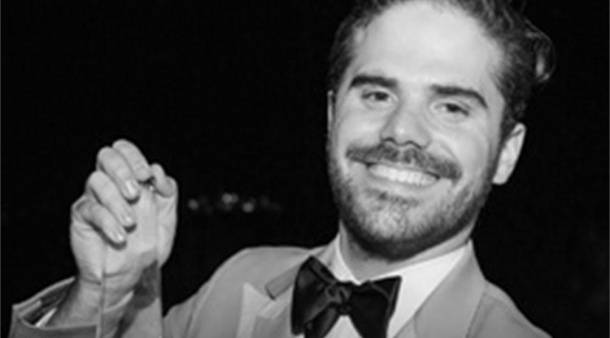 Jack learnt the art of hospitality from his parents - growing up in a family's menswear store, he learnt to measure up gentlemen during their suit fittings whilst fetching them a beer and cup of tea.

His career started as a host for a series of venues in Leeds, UK. Jack’s role was to make sure guests were having a fantastic evening and could have asked for anything else. The guest was his sole focus.

On his 19th birthday, after a year of looking after guests front of house, Jack wanted to learn the craft of bartending so that he could be more in control of every element of his guest’s experience. At the time it was Woo Woo’s, Flirtini’s, and Mai Tai’s in a high volume late night club with big name DJs.

After a while his passion for the finer style of service led him to the Gaucho group, Argentinian food and South American cocktails. The group had an extensive training academy with weekly lessons on all elements of the industry, from how to answer the phone and clean the toilets, to structuring and balancing cocktails. He also learnt how to wait tables and pair cocktails with food.

Then the itch for international travel hit Jack so he headed for New Zealand to experience its beauty (plus, he loved Lord of the Rings). There he got a job on his first night at 1885. He turned up in his finest bartender attire for a trial shift and within a yearwas the assistant venue manager. 1885 was a high volume night club upstairs and a fancy members cocktail bar downstairs. It was here he met Alan Raythorn, one of the most talented bartenders heays he has ever met, who helped polishe Jack’s skills and pushed him to compete in bartending competitions.

Two years and six competitions later, he left New Zealand with Alan, with their eyes on Melbourne for the next step in his career. They knew there were only 3 venues in town where they could make some waves. He got a job after 6 weeks in Eau de Vie Melbourne on the floor utilizing his restaurant experience selling serving theatrical cocktails table side. Jack was at Eau de Vie for 2 years, working his way up to Assistant Venue Manager, getting 8 of his own cocktails onto the menu and entering every competition he could. His first big break was with Ketel One’s Best Bloody Mary in Australia. Hi creation was the only vegetarian friendly concoction submitted, which may have helped get him the attention he needed.

Jack says that Eau de Vie taught him so much and really pushed him to be more creative in cocktail creation, thinking more about garnish, vessel, theatre and interaction. He also honed his food matching capabilities working closely with some world class chefs, creating courses for their 5 course cocktail degustation.

Eau de Vie branched out with a new venue and Jack left to become their general manager – an opportunity he couldn’t turn down. The new venue, Boilermaker House, is a craft beer & whisky bar with a cocktail list broken down by the flavour profiles commonly associated with whisky.