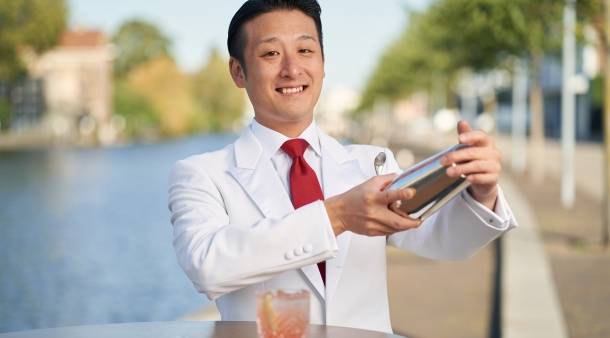 Born and raised in Tokyo, Hiroki studied law in university with aspirations of joining the Tokyo Metropolitan Government. On his 20th birthday, his dad took him to a proper bar for a drink. His dad ordered a martini and he ordered the only drink he recognised, a shandygaff. Embarrassed, he changed to bourbon on the rocks for his next drink and the allure of bartending took hold. Since 2008, Hiroki has worked the bar at The New Otani, mixing his classic style with Japanese tradition.