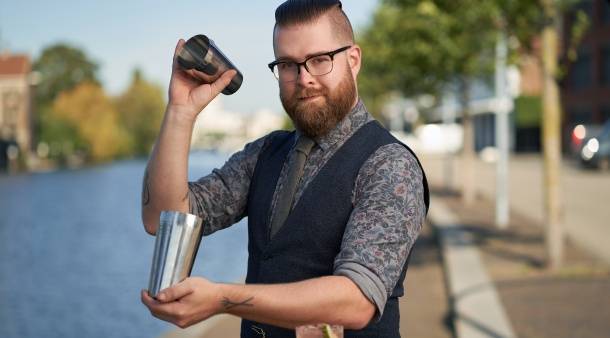 Jeff was born in Calgary, Alberta and spent his childhood living and playing in the Rocky Mountains and the surrounding foothills. After various travels and living part time in places like Istanbul, Jeff completed his degrees in Political Theory and Religious Studies and continued on to co-create an award-winning democratic engagement program aimed at sustainability and environmental stewardship. Once complete, Jeff then found himself drawn to the world of hospitality, which allowed him to work with his hands and his heart every day. Jeff is now the head bartender at Botanist in Vancouver. His love for nature inspires him to create beautiful cocktails that mimic the world around him and has led him to be Canada’s World Class 2019 Global finalist.