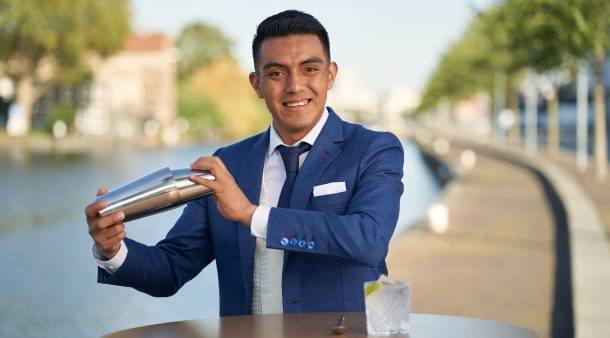 Kristian, began working as a Bartender in 2013 at the Monoloco Restaurant in La Antigua Guatemala. There he discovered a talent for bartending that he never imagined possessing. Following this, he moved to "Lava Terraza" where he participated for the first time in the prestigious World Class competition positioning himself among the finalists and establishing his name in the bartending industry. This year Kristian has worked on "the Three Times", a concept of traditional Guatemalan food while also developing his mixology skills and he participated for the second time in the World Class competition becoming the current winner of World Class Guatemala. Currently working at Ulew Cocktail Bar, Kristian is considered one of the pioneers of cocktails in Guatemala and describes his styles as "Cocktail for the Soul".