« back to WORLD CLASS
« back to NEWS-OLD 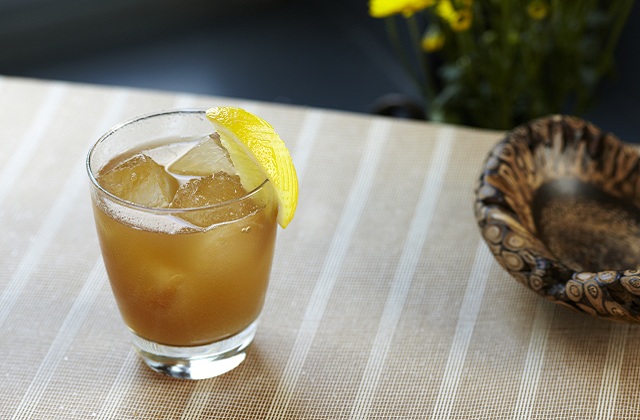 In this fourth instalment, we look at sours, an age-old family of cocktails that forms the basis of many modern drink creations today.

Sours, generally comprising a base spirit, citrus juice and a sweetening agent such as simple syrup, or a liqueur, were a big part of 19th century cocktail lists, and these probably descended from the punches that had been widely popular for a couple of centuries prior to cocktails coming into vogue.

It’s doubtful that any formula for a mixed drink is more commonly used than the recipe for a simple sour, and sours come in many different guises too. The basic Whisky Sour calls for whisky, lemon juice, and simple syrup for instance. If you use applejack instead of whisky and add a little grenadine, you end up with a Jack Rose cocktail.

Now take the 19th century recipe for a Brandy Crusta which is made with brandy, lemon juice, a dash of bitters and instead of simple syrup, the formula calls for orange curaçao.

Take the bitters out of that equation and you have a classic Sidecar. Now, with the same formula but using tequila as a base and lime juice instead of lemon juice, you'll end up with a Margarita.

How are current drinks and drinking trends influenced by sours?

The best example of a modern drink that's based on a classic sour is the Cosmopolitan - probably the most popular new drink to have appeared in the last part of the 20th century. "It's just a Kamikaze using citrus vodka with a little cranberry juice thrown in," said Cheryl Cooke, the bartender who created the cocktail in 1985.

Shake and strain into the chilled cocktail glass

Stay up to date on the latest Diageo Reserve World Class Global Final news on Facebook by following us at www.facebook.com/globalworldclassfinals