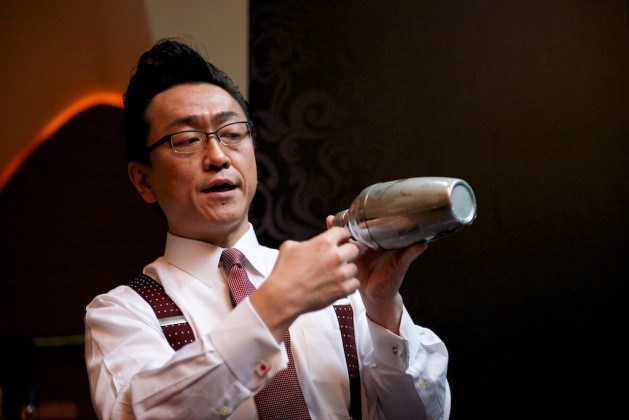 ‘This year, World Class is bigger and better’ - a phrase that seems to have been repeated year-on-year since Diageo’s inaugural global World Class bartending event in 2009, but it is indeed growing rapidly. By 2012, over 15,000 bartenders from more than 50 countries had been involved in the bartending programme in some way - truly global and truly World Class. However, it hasn’t just been about the finals and the winner, with bartender training events and masterclasses happening throughout the year under the banner of World Class.

Taking bartenders in China by storm

In China, the bartending programme has been growing as fast as anywhere, from a few select bartenders in 2010, through to heats in Beijing and Shanghai in 2012, and doubling again in 2013. This year, global World Class Masters have been invited to China to give a series of bartending classes for anyone interested in entering. Hidetsugu Ueno was the first of these guests, visiting Shanghai, Guangzhou, Chengdu and Beijing in November 2012 to present on ‘The Art of World Class Mixology’ to interested bartenders. 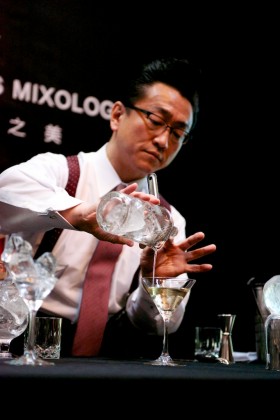 Famous for his ice-diamonds and perfect Japanese methodology, Ueno-san is the owner of Bar High Five in Tokyo, and has been competing in, winning and judging cocktail competitions for more than 20 years. As one of the judges of the China finals in 2012 and 2013, many bartenders were keen to hear his advice on how to perfect their bartending skills.

Bartending as an art

Whilst famous for his skills with a shaker, bar spoon and ice-knife (the demonstrations that got all the attendees on their feet filming with their phone cameras!), Ueno-san was keen to point out what other factors make a World Class bartender: that we are psychologists, performers and enthusiasts working in a profession that we enjoy - so we must entertain and manage the cocktail experiences of our guests. As for winning World Class, his advice was clear - it is not smokers, dry ice or gold shakers that win a competition, it is about being yourself, making good cocktail and creating bartending trends, not following them.