How to make the perfect mojito

Ahead of National Mojito Day on 11th July we speak to Diageo Reserve Brand Ambassador in South America, Paulo Figueiredo about the mojito and his top tips for how to create the perfect version of this popular cocktail.

The beauty about this cocktail is that you can literally go anywhere in the world, ask for a mojito and you will get one (some better than others!). Every bar and bartender has their own take on the mojito but the truth is that most customers are happy when a mojito is well made and quite often they don’t need or want anything fancy or complicated. Anyways first things first… let’s recap on the history of this popular cocktail.

The exact origin of the mojito is subject to debate but many agree that Cuba is the birthplace of this classic cocktail.

One story traces the mojito to a similar 16th century drink known as "El Drake/Draque”, after Francis Drake. In 1586, Drake's ships sailed towards Havana and a drink was created for the men on board which mixed aguardiente de cana with local tropical ingredients, lime, sugarcane juice and mint.While this drink was not called a mojito at the time, it was still the original combination of these ingredients.

Which brings us to the second version. The combination of mint, sugar, lime and rum eventually caught on with Cuba’s rural farm workers.

From the fields, it likely swept through Havana’s bars where Americans visiting the island during prohibition first tried it. It's believed that they then added ice and soda water to appeal to more palates.

The origins of the mojito’s name remains a mystery, but some people have suggested theories. "Mojo” is the word Cubans use for a sour citrus sauce. It could come from that or maybe it’s from “mojado”, the Spanish word for “wet”.

Heading to the USA

Recipes for the mojito appeared in early American cocktail books like Charles H. Baker, Jr.’s The Gentleman’s Companion from 1939 and in the 1941 book - Here's How, Mixed Drinks. Despite the mojito’s initial popularity,the cocktail had nearly disappeared in the U.S. by the 1960s, though it remained commonplace in Cuba. The golden age of shelf-stable foods and prepared daiquiri and mai tai mixes made the mojito decline. Fresh ingredients, like mint and lime juice, were gone. However as trends come and go, the mojito slowly returned to Miami and the rest of the country in the 1990s, due to the Nuevo Latino dining trend.

The mojito “boom”according to some started when the drink made an appearance in the 2002 James Bond Film Die Another Day. In a scene set in a Havana beach bar, Halle Barry rises out of the water in her orange bathing suit and walks toward Pierce Brosnan who is sipping a mojito. He hands her the glass and says, "Mojito? You should try it." With those words, a new generation of people around the world learned of the old Cuban drink.

6 tips to create the perfect mojito

The mojito is still one of the most popular cocktails around and here are my 6 tips to creating the perfect version:

1) Think about the sugar you use. Base the sugar on the type of rum you use. Different sugars will helpthe rum to express itself in this beautiful cocktail. The easiest approach is brown sugar or similar for aged rum and caster sugar for white rum.


2) Ensure the mint you use is really fresh. Also the type of mint can vary greatly depending on where you are in the world. “Hierba Buena” is the safest option for mint but if you feel adventurous then play with some other types of mint which can add some more complex flavours.


3) Again ensure the lime you use is really fresh and juicy as this makes the drink look and taste more appetizing! Make sure the lime is not too tart. I have found it difficult to work with some types of limes in Asia and Latin America due to their level of acidity. The acidity level is not always a bad thing but it can make it more difficult to balance the flavours within the cocktail.


4) Think about the rum you use. I prefer an aged rum, nevertheless I have tasted some great recipes with white rum. Normally aged rums will add some complexity to this cocktail but if you are looking for a simple, refreshing and straight forward mojito then white rum is the better option.The decision is totally up to you - try different rums until you find the one that suits your recipe.

6) Build your mojito and don't over complicate it.

There is no such thing as a perfect mojito, but here is my favorite recipe. Simple, straight forward and more importantly full of flavour.

Top up with sparkling water

Use a highball glass and add 6 to 8 mint leafs (depending on size).

Pour the rum, lime juice and sugar syrup in the glass.

Using a bar spoon, stir a few times - just enough to get all ingredients mixed.

Finish with a cap of crush ice and a good size mint sprig.

Ready to create a mojito for National Mojito Day? Take a look at these two DBA mojito recipes with a twist: 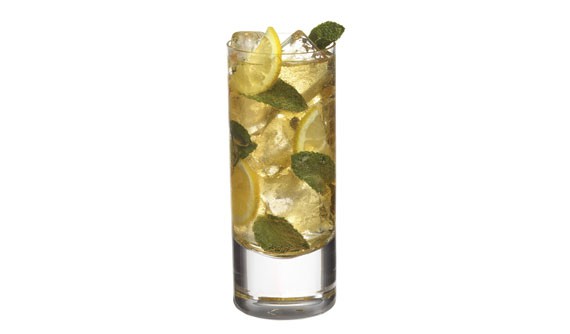 
Add all ingredients (keep one of the lemon slices as garnish).


Stir briefly and top with ice as needed. 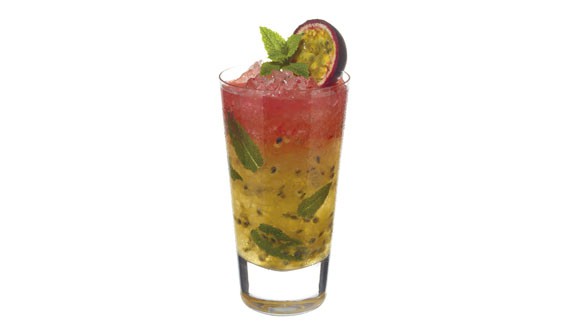 Add all ingredients to in a highball glass.


Fill to halfway with crushed ice and churn.


Top with crushed ice and soda.

Take a look at some more mojito recipes here.

The PAMPERO, JOHNNIE WALKER and KETEL ONE words and associated logos are trademarks ©Diageo 2016.