How To Make The Perfect Espresso Martini

With a history that’s almost as rich as the drink itself, the Espresso Martini is a staple on any cocktail menu. Terry Cashman, London bartender and project manager at specialist drinks agency, Sweet & Chilli, reveals how to make the perfect espresso martini using his five golden rules. 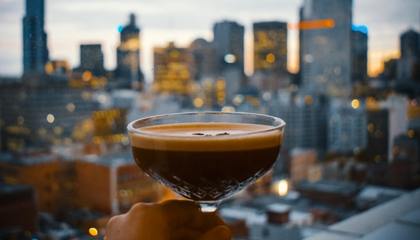 First invented by the legendary bartender Dick Bradsell in 1983, the Espresso Martini, initially christened the ‘vodka espresso’, is made up of 4 main ingredients: a fresh espresso shot, sugar, coffee liqueur and vodka.

But, we won’t bore you with its origins if that’s not what you came here for (we’ve saved those fun facts for history fanatics later). 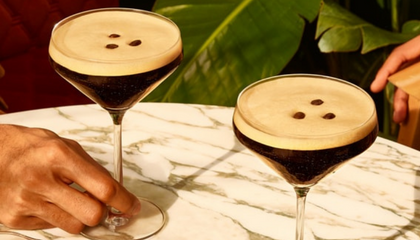 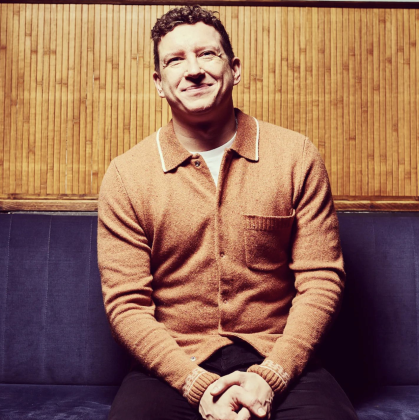 After many years of experience working behind the bar and going on to project manage at global drinks agency, Sweet&Chilli, Terry Cashman knows his stuff when it comes to cocktail creation. Read his five top rules to master our espresso martini recipe to a T:

“Creating a good quality, well-made shot of espresso is absolutely essential to the success of an espresso martini. Once made, allow the coffee to cool down slightly, as this will prevent too much ice dilution, but remember that coffee will begin to oxidise the second it has been ground. You want to avoid the coffee oxidising as much as possible, due to the bitterness created by this process. And, remember, when deciding on whether to use a Guatemalan or an Ethiopian roast ­– always use the roast your customer prefers!

The most satisfying part of a good espresso martini is the crema; the foamy, silky layer of tight bubbles that sit on the head of the cocktail. The natural oils in the coffee must combine with air bubbles to form the delicate froth, and the best way to achieve this is to aerate it with a good shake.

Rule 3: Be flexible with the sugar

Not everybody likes sugar in their coffee. 5ml of sugar syrup will be fine for most palates, but if your customer likes their coffee very strong tasting, then feel free to leave it out. Alternatively, add a little more (up to 15ml) if they’re that way inclined. The perfect espresso martini is the one your customer enjoys most.

RULE 4: USE A HIGH-QUALITY VODKA

Obviously, as the biggest sole ingredient, vodka has a large part to play in the Espresso Martini. You need a quality vodka that can stand up to the coffee, and to bring something to the flavour profile other than just alcoholic strength. The clean taste of Smirnoff No. 21 vodka with its subtle hints of pepper and charcoal make it a great choice to use in an Espresso Martini.

It’s rare to see an Espresso Martini served in an actual martini glass these days, as the inward curve on the rim of a coupette is a much better way to showcase the crema and is less likely to spill over the edge of the glass.

This isn’t the way that Dick would have served it originally, but sometimes progress can be a good thing. One tradition we shouldn’t overlook though, is the garnish. Three coffee beans, delicately placed on the crema to form a petal arrangement and add to the coffee aroma in the cocktail” says Terry.

Interestingly, the three-bean garnish was, in fact, inspired by the Italian tradition of serving Sambuca with this same number of coffee beans. It’s called con la mosca, meaning 'with the fly'. They represent health, wealth and happiness.

Now you know how to make the perfect espresso martini, why not mix it up and try our three of favourite twists on the original: the Flat White Martini, Winter Spiced Espresso Martini and the Cuppa Joe Martini?

THE ORIGINS OF THE ESPRESSO MARTINI 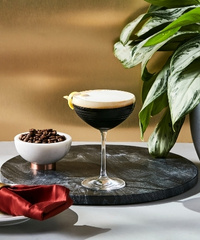 Cocktail legend has it that a young, future supermodel sidled up to Dick Bradsell’s bar in 1983 and asked to make her a cocktail that would wake her up. He mixed her a drink using vodka, sugar, coffee liqueur and a shot of espresso, pulled from the coffee machine next to his station. It’s a story that has helped the drink retain an edginess that many modern cocktails have failed to replicate.

Dick was the shining light of the London bar scene in this decade, and you might recognise his other creations; Bramble, Russian Spring Punch and Treacle. It was soon renamed the Pharmaceutical Stimulant during Dick’s time at London bar, The Pharmacy, and then back to Vodka Espresso when Dick became Match Bar EC1’s opening head bartender.

Drinks have a life of their own once they become popular, however, due to the popularity of naming drinks based on the glass they came in, the drink soon passed into the public consciousness as the Espresso Martini.

Sadly, Dick passed away in 2016, but his light will continue to shine way beyond his lifetime through the millions of admirers of his creations – a true bar industry legend.

So there you have it! A great cocktail with a great story. As we know, storytelling can enhance customer experience! Loved this article? Read about three other cocktails with interesting stories.

Looking for exclusive access to all our new tips, tricks and recipes from some of the biggest names in the business? Sign up to Diageo Bar Academy for free today!