A GUIDE TO BAIJIU 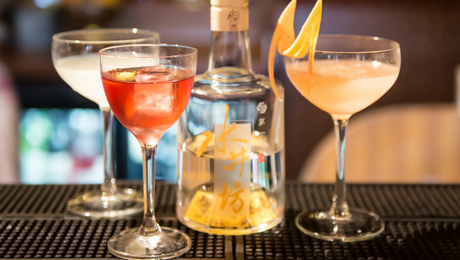 Baijiu is China’s national drink and the most consumed alcoholic beverage in the world, with a history that spans several thousand years. In earlier times, this spirit was the realm of royalty and scholars, brought out to toast family events, to celebrate victory or to accompany spirited conversation.

History tells us Baijiu was being widely consumed in China as far back as the Yuan dynasty in 1271 but may have even preceded this in earlier forms of distilled spirits.

Nowadays, Baijiu has become an integral part of Chinese culture. Traditionally drunk at room temperature in small glasses with food during social occasions and festivals, it’s widely available throughout China, ranging in price anywhere from the equivalent of a bottle of beer to thousands of dollars! With the growing trend and demand for Asian ingredients in drinks, Baijiu has become increasingly available across the world, even appearing in some innovative new cocktails. 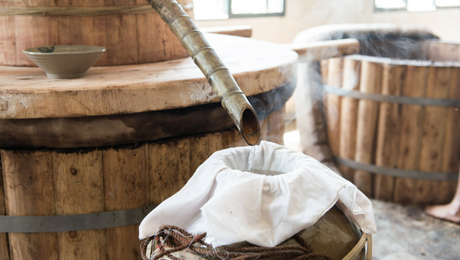 Baijiu is a colourless, fragrant liquid made from a variety of raw materials, including sorghum, rice, corn, barley, wheat and even peas.

Baijiu, sometimes referred to as Shaojiu, produced in southern China will typically use glutinous rice whilst those made in northern regions traditionally source sorghum or similar grains.

The raw materials are cooked then mixed with a starter culture called qu before being dry-fermented in special pits or containers. The pits are often open and exposed to their surrounding elements, resulting in a final spirit heavily influenced by the impurities (like congeners) of its environment. In contrast, the western distillation of spirits is typically more sterile; baijiu producers assert they draw fuller fragrance and flavours from their traditional fermentation and distillation methods.

The fermented product is then distilled multiple times, traditionally using steam in a pot still. New baijiu is often rested or aged in earthenware pots to ‘soften’ the spirit until it is ready for bottling. 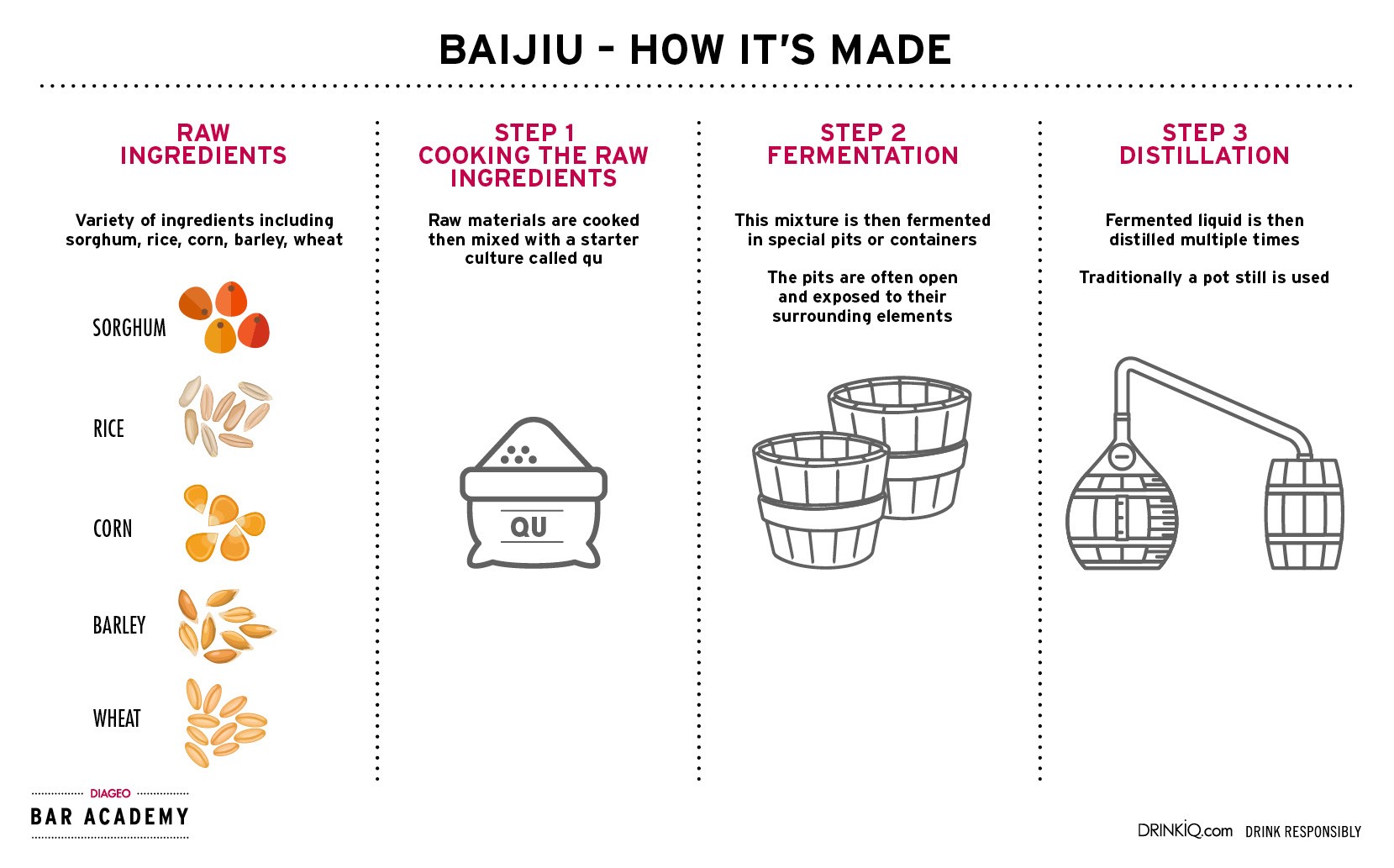 Baijiu is produced in various styles in different provinces and is classified based on the resulting aromatic profile:

Rice Aroma – A classic, southern style known as the ‘gateway’ Baijiu. Rice aroma is sweet and soft and triple distilled to give a smoother, milder flavour.

Light Aroma – A popular style in Northern China and Taiwan, this baijiu is made from a rice and sorghum blend with similar aromas to sake. Usually made with peas to impart a sweet, floral taste, light aroma baijiu is fermented in ceramic jars to keep it lighter and more neutral.

Strong Aroma – The most widely consumed style of baijiu, strong aroma is spicy and fruity, with an aftertaste that pairs well with cuisine in the Sichuan region where it is produced. It is fermented in earth pits which help to develop the spirit's rich, concentrated flavour.

Sauce aroma – From the Guizhou province, this baijiu style is full-bodied with a sharp taste. It is the most labour-intensive to produce, undergoing up to eight rounds of fermentation and distillation and at least three years of aging, making it significantly more expensive.

Baijiu is traditionally drunk at room temperature in very small glasses with food, but many adventurous bartenders in China and around the world have started to branch out and incorporate it into innovative cocktails. The unique umami flavours make it unusual and very distinctive. Below are a couple of simple examples that could be used as a starting point for experimentation.

Join in the conversation and tweet us at @diageobarac, share your serves on Instagram @diageobarac or like us on Facebook – we’d love to hear from you! Sign up and become a member of Diageo Bar Academy today and unlock the latest industry news, trends and tips to keep your bar knowledge up to speed!