THE SECRETS BEYOND ST JAMES' GATE

Have you ever wondered what really goes on beyond the iconic black gates in the heart of Dublin? We’ve ventured inside to uncover the journey of the iconic beer, all the way from the moment Michael Ash added nitrogen to the first pint to how Guinness are contributing to positive social change in society today.

Over two hundred and fifty years ago, Arthur Guinness signed a 9000-year lease on a derelict brewery at St James’ Gate, Dublin, and so began the story of Guinness. Since then, generations have carefully guarded the precious liquid and upheld the tradition of innovation and science at its core.

In 1959, Guinness made history as the first brewery to introduce nitrogen to its beer, resulting in the smoother, creamier finish that has come to be so synonymous with the black stuff. Since then, Guinness has continued to push the boundaries, with pioneering advertising campaigns such as Made of More and The Sapeurs, along with the launch of enterprising projects such as the Brewers Project in 2014. 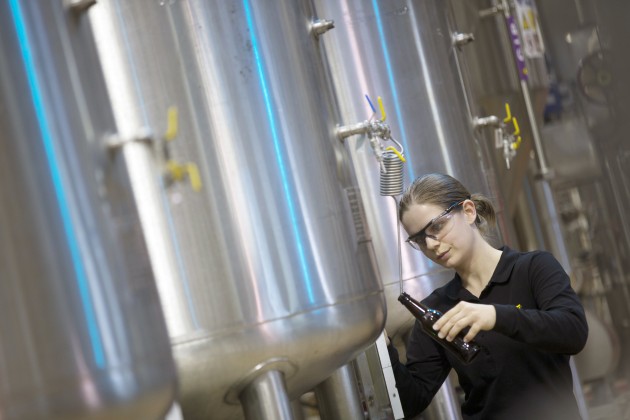 At St James Gate the brewery is a hub of beer exploration and passion, where some of the best and brightest brewers have been busy brewing and refining their technique since the beginning of the industrial revolution.

‘The Brewers Project’ provided the brand’s enterprising brewers a license to explore new recipes, reinterpret old ones and collaborate freely to bring exciting beers to life. The project has accounted for the creation and production of many successful beers such as; Dublin Porter, Hop House 13 and the Guinness Rye Pale Ale. The experimental brewery on site at St James’ Gate has been fully functioning for over 100 years now and is the main hub for all trials, experimentation and new innovations within the project.

Today the pursuit of Guinness’ innovation is still as crucial as it was back at the beginning and is still intertwined as a vibrant part of their story on a daily basis. They invest as much in their people as they do in their beer.

Water for life Africa - In 2007, Guinness launched Water for Life, a project focussed on helping to provide safe drinking water to people across the continent. Since the programme began over 200 projects have been completed across Africa.

The Leary fire fighters foundation - ‘Backing the bold’ is always something Guinness has been known for. In response to the 1999 Cold Storage warehouse fire Guinness has been supporting the foundation that was founded by actor Denis Leary by providing funding and resources to provide the best available services technology and training to firefighters across the U.S.

Today, you can enjoy a pint of the black stuff in over 150 countries worldwide, but no matter where you find ‘the black stuff’, you can rest assured it’s been brewed to the same meticulously high standards.

Michael Ash was the brains behind the surge and settle. He was originally a mathematician who joined Guinness in 1951 and changed the approach to the craft entirely. He dreamed up the idea of adding nitrogen to the beer to ensure the smoothest of serves every time. Michael’s easy serve system created the famous ‘surge and settle’ effect that Guinness is so renowned for today.

In the late 1950s/early 1960s, as Michael Ash and his team perfected the nitrogenated stout, our brewers and scientists noted that, in order to attain a solid, substantial head, a two-part pour was optimal for two reasons:

Guinness, it is lovingly made from start to finish and that is what makes it stand out amongst its competitors. This process entails….

Barley – It all begins with barley sown in Irish soil. The Barley is then crushed and mixed with water from Poulaphoucha Lake in County Wicklow. It is then heated at specifically 232 degrees celsius and mashed to separate the grain from the liquid, producing the unique dark – roasted barley that so famously gives Guinness its famous taste.

Hops – These are combined with the roasted barley to give Guinness it’s perfectly balanced flavour. The sweet wort is then boiled for 90 minutes before it is left to cool and settle.

Yeast – Guinness yeast is a strain that has been handed down through generations. It is so important that a reserve amount is kept under lock and key just in case anything happens to the main supply. This secret yeast is the main component to guarantee the beer is perfectly fermented and packed with the iconic Guinness flavour.

Nitrogen – This is the ground breaking innovation that makes Guinness better than all of the rest. It is added during packaging after which it has its ‘head’ height tested to make sure it perfectly embodies the smooth creamy head that Guinness is so famous for.

Sensory panel – Before any beer leaves the gates it is tested by a sensory panel to ensure everything is of the highest quality. Some people argue that this panel have the best job in the world! 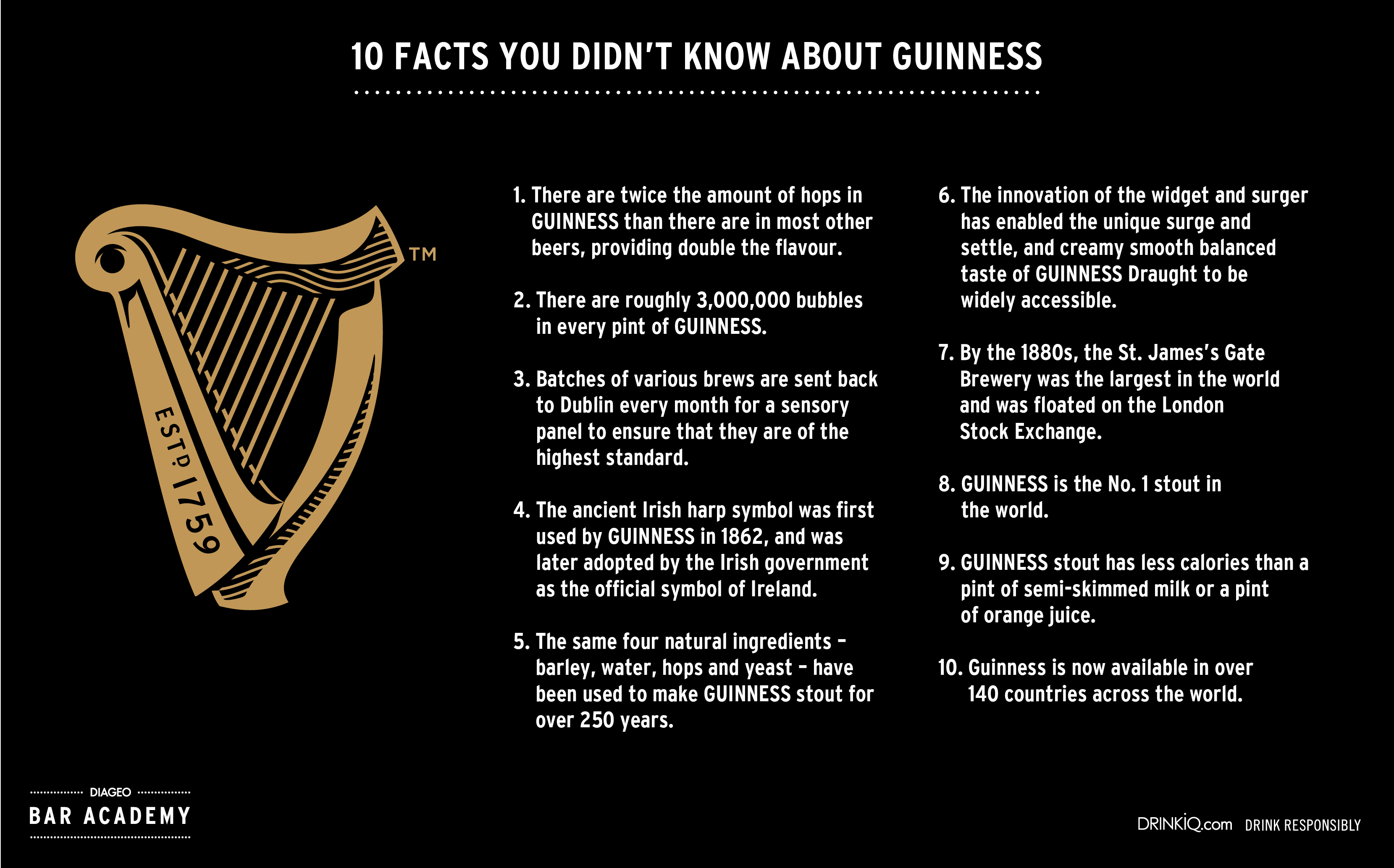