Don Julio and his distillery ‘La Primavera’ were both born in Atotonilco, on the highlands of Jalisco.

His passion for the land, agaves, and process created an exceptional tequila, and it’s the same devotion and recipe we use today.

Don Julio’s ways didn’t always make sense. He treated his agave like family. He would talk to them, even whisper with them. And he refused to take any shortcuts.

He wouldn’t harvest by the field. Instead, he only chose the most mature and ready agave, harvesting plant by plant, before slow cooking in traditional ovens and aging in oak barrels.

In fact, Don Julio was the first to age his tequila beyond set standards for an even more exceptional flavor. Don Julio was particular and his legendary devotion was singular and exacting, but every sip of his tequila proves why he did it. 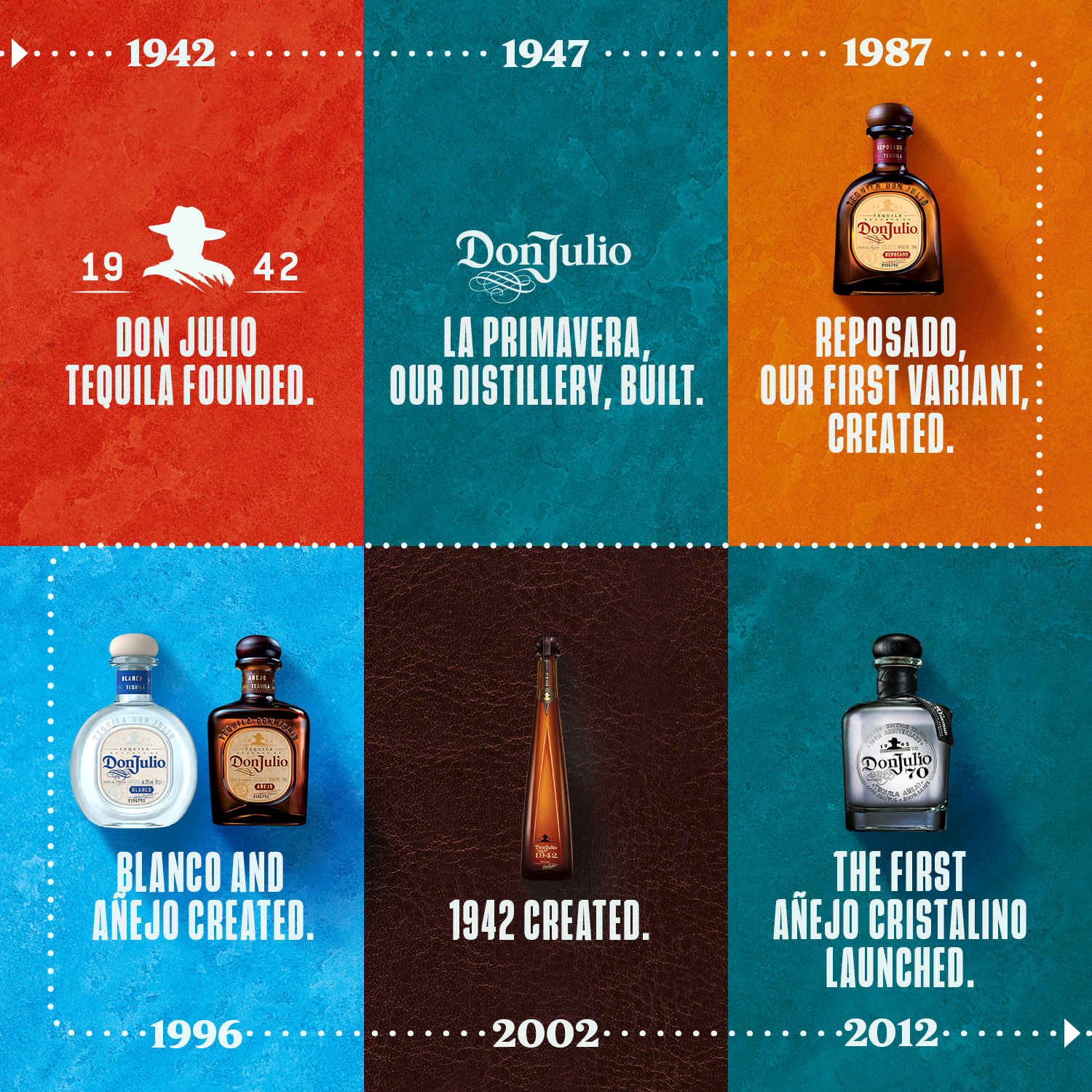 The Story of Don Julio

Learn more about Don Julio's exclusive portfolio of Tequilas, from the one that started it all, to the last ever variant created by Don Julio in his storied career.