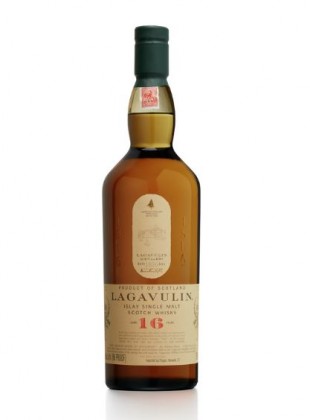 Crafted for over 200 years in the rugged Hebridean Isles, Lagavulin is the definitive Islay malt—intensely flavoured, smoky and rich.

There have been distilleries at Lagavulin since the 18th century, though it wasn’t until 1816 that farmer John Johnston founded the first legal distillery. A year later a second distillery appeared, this one run by Archibald Campbell.

The two distilleries were united under a Glasgow trader, and in 1887, Peter Mackie arrived at the distillery, under whose guiding hand the distillery, and the name Lagavulin, was to become the last word in Islay malt.

Aged in oak casks for at least sixteen years, the result is an intense, peat-smoke aroma with seaweed and some sweetness, salty and sweet flavours with hints of wood and a long peaty-salt finish.

Lagavulin 16 Year Old demands to be served in a traditional whisky glass, neat or with a little water.