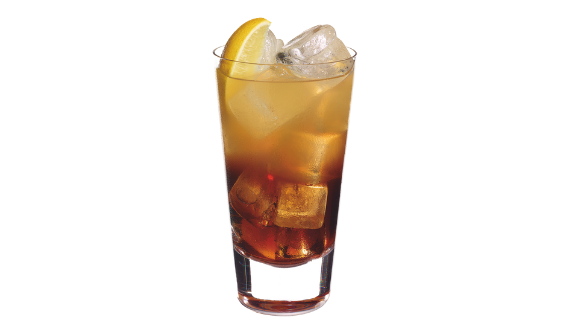 The Long Island Iced Tea is a sweet cocktail made with vodka, tequila, rum, gin, triple sec, sour mix and a splash of cola. This strong drink usually contains between 19-22g of alcohol per serve, and should be served responsibly. The drink may have evolved from the Prohibition era in the US, where legend tells of one ‘Old Man Bishop’, who got creative with cocktail crafting, using five of his favourite spirits and a splash of maple syrup. This gave the drink its signature iced tea appearance, which may have helped disguise its alcoholic contents!