PART TWO: A JOURNEY THROUGH THE WHISKY REGIONS OF SCOTLAND

In the second of our Tom Jones.

This time around, our intrepid explorer will guide us to another two corners of Scotland to examine more regions and distilleries Johnnie Walker draws from. Tom will lead us through the Lowlands, sharing a little local history and distillation knowledge, before heading north to explore Speyside and its wonderful whiskies. 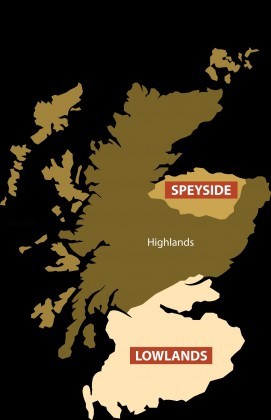 I hope you’ve washed your boots and dried off your jackets, it’s time to discover another two of Scotland’s world-renowned whisky regions and, first up, it’s the Lowlands.

If you venture north on foot from England, lured by the poetic brogues, flowing red locks and sweet smell of whisky, you may well step over Hadrian’s Wall – built by the Romans nearly 2000 years ago.

It’s a prominent and visible reminder of where industrious Northern England ends and rolls into the sweeping valleys of the Lowlands. Welcome to Scotland.

In the past, the Lowlands was a region flushed with distilleries and an abundance of great whisky. Alas, Glenkinchie is now cherished as one of the few remaining gems of a once rich whisky region.

Contrary to popular belief, the distillery was not established by a kimchi-loving Scot called Glen. This is, however, a useful trick for mastering the pronunciation with an authentic Scottish lilt.

Glenkinchie is a Scots mis-pronunciation, or colloquialised way, of describing the valley belonging to the De Quincey family. The distillery is set in rich farmland aside the Kinchie Burn, an imposing red brick building that houses a wonderful museum and the largest whisky stills in mainland Scotland.

At Glenkinchie, the large stills (20,650L wash charge and 17,500L spirit charge), as part of a powerful and brisk distillation routine, cut down copper contact. This produces a denser spirit however, and after maturation, the result is a fragrant and flavoured single malt whisky.

Glenkinchie provides light, fresh flavours that contribute to the top notes of Johnnie Walker Black Label and bring a moderate texture to the body and mouthfeel of the liquid.

These fruity notes shine best in a highball that highlights the layers of flavour available; try one with fresh raspberries, Peychaud’s bitters and a sugared pink peppercorn rim.

Johnnie Walker whisky maker, George Harper, is big fan of Glenkinchie. “It’s just a quick trip down the road, it’s so close I think of it as my garden - full of fresh flavours waiting to be picked.” 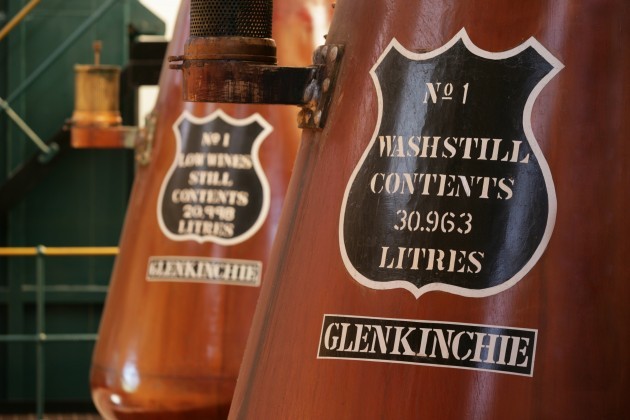 Following 12 years of distillation and much deliberation, the decision was finally taken to begin operating legally in 1823.

It is often said that not only was Helen one the first female distillers, but also perhaps the first Speyside-super-spy. Whenever Gaugers (government agents searching for illicit distilling operations) appeared, she would hoist a red flag or hang a red rug on her washing line to warn her friends and neighbours.

Helen’s covert operations in tax evasion gained a notoriety that was topped only by the whisky she produced. Celebrated for its rich and vibrant flavours, the whisky was eventually earmarked by the Walker family who proceeded to buy vast quantities for their stocks. This relationship flourished, culminating in the purchase of the Cardhu distillery and a place on the company board for Helen.

You could be forgiven for thinking of Speyside as a sub-region of the Highlands – although, if you were to say that in Dufftown, you could expect to be run out of town fairly quickly.

The boundaries of this scenic, fertile region are the river Spey in Badenoch and Strathspey, through to the Moray area of North East Scotland. On the map, it resembles a square shaped river delta reaching out to the coast. Along with its scenic beauty, distilleries pepper the entire area, which makes Speyside a very popular destination for tourists and whisky fans alike. 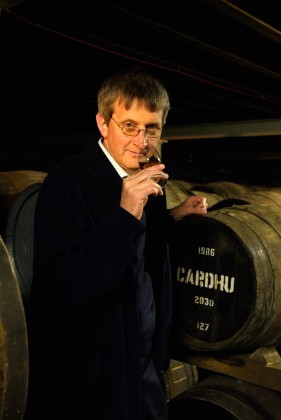 Nowadays, Cardhu is revered for the delicate, fruity profile it brings to Johnnie Walker Black Label.

The blending team at Johnnie Walker hold this Speyside distillery in particularly high regard. Whisky master Emma Walker remarked that, in over 10 years of visiting, the only thing better than the wonderful scenic drive up to Cardhu is the promise of the superb single malt whisky awaiting you.

There’s an intense grassy character to Cardhu distillate, with fervent orange and chocolate notes introducing themselves during the maturation process. This is achieved through clear wort, long fermentations and a slow distillation that encourages plenty of interaction with the copper and condensers which are run warm.

The fruits of this labour can be easily enjoyed in a highball like this; using fresh coconut as a garnish, vanilla bitters and a velvety mixture of honey and coconut flakes to rim the glass for a creamier take on the classic Scotch highball.

Alas, our trip through the whisky regions of Scotland has come to an end here in the North East at the magnificent home of Cardhu. As with any great whisky, we should take a moment to reflect and savour what has passed and what’s in front of us.

Hopefully, this series has informed you a little on some of the differences and key players amongst the whisky-making regions of Scotland. With any luck, it’ll have whet your appetite to visit (or revisit) this most captivating part of the world to see the people and processes behind the whisky.

After that long trip the length and breadth of this beautiful land, I think I’ve earned the chance to put my feet up. I’ll raise my glass of Johnnie Walker Black Label, drawing from the four corners of Scotland, and toast this wonderful country: to a great journey and all those, past and present, responsible for making the magnificent whiskies here – slainté!